Their Stories About Their Passage To Their Final Vocation 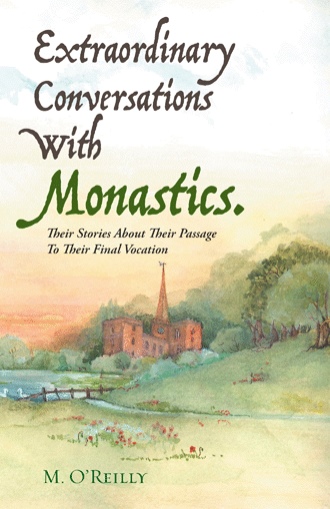 Father Parsley’s story exemplifies a divine intervention that occurred while he was visiting a monastery in Italy. On a day that he almost lost his leg in a chainsaw accident, Father Parsley experienced a divine spiritual encounter with his guardian angel. It was an adventurous experience for Benjamin and me on that trip. Neither of us had been to Italy before, and it was thrilling already just to be heading out of the United States. Once we arrived, we took time to bicycle around the city of Padua and take in the Italian culture. We especially enjoyed sitting outside at the restaurants, eating freshly made pizza, and drinking locally made wines. The tranquility of the small village was a sharp contrast to the hectic life in the city at home. When we finally arrived at the monastery, far out in the countryside, we were welcomed as guests and given ample time to meditate, pray, and read scripture. I attended all the services available. About a month after I arrived, I had a major shift in consciousness. I became aware of the spirituality that was present in this kind of lifestyle and realized that I loved praying and attending the Liturgy of the Hours and Vigils more than I could have ever imagined. I was becoming deeply joyful in my heart for the religious life. The monks were gracious and helpful, and they had a passion for serving other people that was contagious. I began to realize that my heart was there in the monastic work and way of life. That was also the time when I started to have second thoughts about becoming a teacher. I was becoming aware of a new perspective and direction for my life. At about that same time, I decided that even though I was a guest, I wanted to take a more active part in the life of the monastery by becoming a full-time volunteer. I met with the abbot and discussed the option. He approved of my suggestion and arranged a work schedule for me starting in the grounds department. Given this assignment, I assumed that I would be pulling weeds or doing other cleanup work. To my surprise, however, I was given a variety of jobs that I liked quite a bit more than I had expected. Working outdoors planting, harvesting, pruning, and even mowing the lawn gave me great pleasure. Although I was physically exhausted at the end of the day, I felt good about doing the work. As Father Parsley spoke, I began to wonder if he also experienced any doubts or unexpected challenges along the way when he accepted this post. I asked him, and he replied with a turn in his story: One day I had an experience that changed everything. I feel sure even now that my description of what happened isn’t the result of my imagination. The action had a feeling of being genuine, and it was validated in that it was also observed by my supervisor, Luke. One of the jobs I enjoyed most was going out into the woods and cutting firewood. Luke and I would saw down some of the old dead trees and then cut them into fireplace-sized logs. It was awkward for me when I first started using the big chainsaw, a powerful and terrifying tool that required a lot of strength and control to operate effectively. After a while though, I felt like I finally got the hang of using it. It was a cold and cloudy Saturday morning in early autumn when we drove into the woods to cut firewood. Arriving at the cutting site, I saw the autumn leaves gently falling like feathers. The pine tree needles were sparkling with dewdrops, and their scent was exhilarating. I felt wonderfully alive hearing the insects buzzing and the birds singing amid this vibrant scene. Perhaps I was a little overconfident that morning. I was thinking about how much I liked working for Luke and the monastery while I began cutting off a large, low-hanging branch from a dead tree. Unexpectedly the limb broke off, and as if in slow motion, I watched the glistening chainsaw blade well on its way to cutting deeply into my outstretched leg. Then, still in slow motion, I felt the chainsaw mysteriously move to one side as it continued its downward path, moving away from my leg. I knew in that moment that an invisible hand had moved that chainsaw blade. I looked down where the chainsaw had landed, its sharp-toothed chain rattling around the blade just inches above the ground. I remained frozen for a few moments, realizing what had just happened. I glanced up at Luke with a questioning look. Had he seen what had just happened? I could tell by his perplexed look that he too had witnessed that narrow escape. ‘Wow,’ he said with a look of relief, ‘You must have one mighty guardian angel.’ I could not have agreed with him more. Imagining Father Parsley’s narrow escape filled me with wonder and reassurance in the capacity of our guardian angels to take physical action to help us in the face of danger and unexpected events that can arise in our everyday activities.

This book is a guide for seekers of meaning between extraordinary experiences and …their developing a more personal relationship with God. The honest and sincere revelations of the monastics whose stories appear within invite you to reflect on how your experiences may draw you closer to Jesus. These are the inside stories—journeys of monks and nuns from the budding of their calls to follow the path of Jesus to the blooming of their final vocations—that are often not known beyond the cloistered and sacrosanct walls of the monastery. The stories sprang from recorded narrations collected by the author during her travels to Benedictine monasteries around the world. Some reveal a pattern of a crisis or a turning point that incited the pursuit of a spiritual vocation. Others show the slow but steady work of the Holy Spirit, guiding aspiring monastics on their intended paths. Often the monastics give examples of surprise messengers they encountered or spiritual nourishment they received along their paths to God. Reading these stories may ignite within you a spiritual yearning that will encourage changes in your consciousness and awaken you to the closeness between the material and spiritual worlds. You may begin to better understand some of the unusual events that occur in life that can deepen your relationship with God. By paying attention to these experiences, as did the monastics in this book, you can better hear the divine messages that you receive from within, discovering a secret door into your spiritual and sacrosanct world.