The Girl Who Could Read Hearts 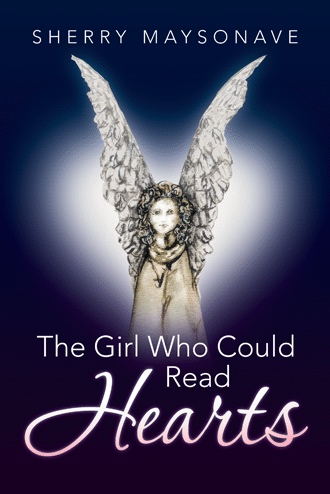 High in the hills of Berkeley, California, the omen hung in the stillness of the late afternoon air like a full moon yet to rise. Seeking refuge, Kate Kindrick huddled in the branches of the walnut tree flanking the driveway of the two-story brick home at 537 Spruce Street.

Kate, a six-year-old who was clueless about the rare seventh sense in which she was gifted—the ability to read human hearts coupled with keen intuition—felt squirmy in her skin. She sniffed at the air, her nose scrunching into a wrinkle. An odd scent seeped into her pores.

Pointing her index finger at the sky, she held it there like a lightning rod, fully expecting something telling to stick to it. Within seconds, as if a definitive substance had pinged her finger, she brought it down mere millimeters from her eyes. Sleuth-like, Kate examined every nuance, paying extra attention to the whorl pattern on her fingertip.

She touched the whorl to her tongue. A fearsome shiver snaked through her, one so potent she jolted, almost falling from the tree. Clutching frantically, her fingers grabbed at the limb and its leafy offshoots. Her body jerked upward forcing her weight to shift. After multiple unstable wobbles, she regained her balance.

Yet, a feeling of dread had taken hold, had set up residence as surely as if a horde of poisonous snakes had moved in, their aliveness slithering deep within her.

Inside the house at 537 Spruce Street, an angel waited. She hovered respectfully atop the mound of white icing, atop a thing on Earth called a birthday cake. Her skin appeared to be a translucent plastic and her eyes were radiant like blue topaz. Her wings, a golden-silvery hue, shimmered in a feathery quiver.

The clock on the kitchen oven clicked, displaying new digital numbers. The angel blinked her eyes; it was now less than one hour before the party, the celebration of Kate’s entrance on Earth six years ago. Kate’s mother said it was the day she was born to life, and she was. Yet, she wasn’t. Not from the angel’s perspective, anyway, for the angel had known of the percipient soul who would be named Kate eons before she was born to the Kindrick family that lived on planet Earth.

Eyeing the birthday cake, the angel allowed images to simply float through her, compelling visions and ponderings of what was likely to transpire long before the clock announced a new day. Humans always had choices, especially about whether they received or blocked Divine guidance. But their disregard for the universal law—for every action there is a reaction—was often perplexing. Today, though, it was most troubling. Would the subjects in question listen? Would they take heed of the subtle inner urgings, the Almighty’s whisperings, that if acted upon could prevent disaster? Or would they make such a misstep that it could spin into motion an entire series of tragic events? Soon, she would know.

Hoping to shed her angst, the angel focused on the details of the cake. Although she did not partake of earthly cuisine, she was captivated by food, all the textures, colors, and combinations that humans concocted. She found the cake’s aroma utterly enticing. What’s more, the meringue frosting with its perfect peaks looked heavenly, like fluffy cumulus clouds that invited happy imagination.

Even still, there was no denying it. An ominous aura sheathed the Kindrick kitchen, which was painted a lemony yellow, one of Kate’s favorite colors.

The angel reflected upon little Kate and how she was enthralled with color, all colors except orange, that is. Kate loved to eat orange slices, carrot sticks, pumpkin pie, and tangerine popsicles; yet, she refused to wear the color orange or have anything in her room orange, not pillows or walls. The funny thing, though, was that Kate’s hair was somewhat orange, the light burnt-orange shade of a freshly peeled sweet potato, and strikingly similar to the new hair of an Irish-Setter puppy.

Hair color didn’t seem to be an issue for dogs, the angel mused. No matter what the breed, hair color didn’t evoke howling, yowling, or any concern. And regardless of the exact color of their hair, almost all dogs had brown eyes. Some sort of chocolate. Irish Setters were no exception. Take Keebie, for example, the Kindrick’s Irish Setter who was expecting puppies soon; her eyes were similar to smores, milk chocolate mixed with a graham-cracker tan that looked just right, warmly artistic with her burnt-orange hair.

Much to the angel’s chagrin, Kate’s cousin, Marilla Marzy, often taunted Kate that she looked like a pizza with her green olive eyes and orange-red saucy hair. More often than not, Marilla Marzy referred to Kate as Pizza Girl, saying it in such a way that her tongue spit out the name as if the pizza tasted rancid.

On the other hand, much to the angel’s delight, Kate’s favorite uncle—Terrence Ted, otherwise known as TT—often told Kate that her red hair and green eyes gave her a look of royalty, like a real-life princess. On Kate’s fifth birthday, Uncle TT had overheard Marilla Marzy tell Kate that she not only looked like a pizza, but that she was uglier than plain old ugly.

TT had then quickly escorted Kate into another room. Caressing her cheek, calming her trembling chin, he had said, “Kate, look at me. I want you to really get this. In no way do you resemble a pizza, not any type. And you are absolutely not ugly. You are beautiful, Kate. Seriously beautiful.”

He had then stared off into space, his eyes locking into a reality that rotated on a different axis. His fists had tightened, gripping time, handfuls of seconds as they passed silently through his fingers. Then he said, “Let’s keep in mind that with Marilla Marzy’s father forbidding her to wear colored contact lens, she faces the world everyday with mismatched eyes. One brown and one green.”

The angel sighed at the memory.

The clock flipped its numbers again. Only twenty minutes now. A nervous shudder fluttered the angel’s shimmery feathers. Then a dreaded calm, like the still before a storm, settled over her.

Born gifted with a rare seventh sense—the ability to read human hearts coupled with keen intuition—Kate Kindrick struggles to understand her capabilities. She is often bewildered by her unique perceptions combined with seeing symbols and panoplies of color in people’s hearts.

Kate’s parents fear that their young daughter suffers from delusional psychosis. Their concerns are intensified by her claims that she has conversations with an angel. Only her grandmother, who is gravely ill, and her uncle, a famous writer, encourage Kate to develop her gifts.

Yet it’s her naiveté of the intuitive signs that augur trouble. When she doesn’t heed an inner warning, her world spins into a dangerous spiral that spells hazard for her and those she loves. Her antics land her cherished uncle in the hospital. His life hangs in the balance.

Just when she believes things couldn’t get worse, her life cascades down a doubly treacherous path. She is forced to spend extended time with her teenage cousin, Marilla Marzy, and the girl’s sinister father—Vaynem Moxsin. Tormented by both of them, she prays for rescue. Shocking events transpire.

This captivating novel explores issues relevant to many of today’s societal woes: prejudice, abuse, eating disorders, and limiting belief systems. It delves into the mysteries of death and of angels, plus intuition, finding God in all, and true love.

Full of spirit, this poignant story brims with inspiration, daring, and hope.

An accomplished author and motivational speaker, Sherry Maysonave has made multiple appearances on NBC's Today, ABC, CBS, Fox, and NPR, and she has been featured in USA Today, the Financial Times, the Wall Street Journal, and BusinessWeek. Previously, Sherry wrote the nonfiction, category best-seller, Casual Power, and the award-winning eBook, EggMania: Where’s the Egg in Exactly. Sherry and her husband, Stephen, reside in Austin, Texas.