7 Essential Steps to a Bold, Beautiful, Blissful U 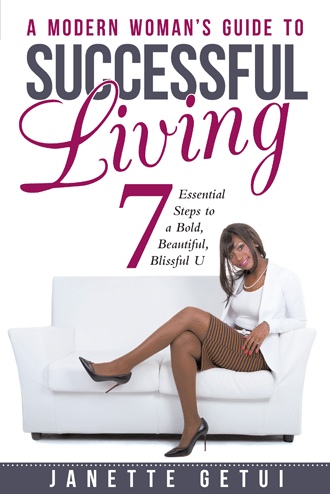 Become bold, beautiful & blissful and experience how easy it can be to live beyond your wildest dreams as a modern woman.

For centuries and literally up until the 19th and 20th Century, we see very little information on women and the contribution that they make in the world. The mention of the woman was only in the roles of a mother, wife, friend, teacher and nurse. It gradually progressed to the point where women could get jobs, vote, drive and even have their own careers at least for most of the world. Fast forward to current times and we see the extreme of the female archetype. The woman of today feels like she has something to prove to the world and it is always a battlefield for her. She feels strangled by the man whom she perceives to be out to deny her privileges and personal growth. She feels unappreciated and closes herself up for fear of being used or taken advantage of as her foremothers were. In her attempt not to be anything like the women in the past who seem to have been almost like slaves and sexual objects only, she has become very aggressive, erratic in her behavior and lost complete control of the qualities that make a woman radiate and shine. With that attitude, grace, compassion, kindness, empathy, calmness and love within relationships of all kinds have greatly diminished and the lioness (as I like to call her), though becoming quite the achiever is loosing more blood than is necessary and in the process surviving on a very unhealthy, lonely, unsatisfactory aggressive foundation. While I am not here to get into the details of the archaic female type verses the 21st century lioness, it is my dominant intent that by the time this book draws to a close, your individual perception of a woman, - as a woman- will have shifted dramatically in a more positive holistic and beneficial manner for yourself, your relationships and the world in general. This is because I believe that while our foremothers played out a very extreme and submissive role which did not foster any long-term growth or mental evolution, I also feel that the modern lioness who plays the very aggressive and extremely ruthless role, elbowing her way in the playing field of life just because she feels it’s the only way to succeed in a man’s world is just as limited and unproductive long-term. There has got to be a balance between both extremes for the modern woman who wants to have it all in life and truly live her best life!

Since everything has historically been recorded by men, for men, how much do we really understand about the woman and her journey? I tend to think, very little. As such, trying to go back and get to the bottom of things is not only ridiculous but meaningless too and with that kind of shallow pursuit follows the need for us to deliberately opt for the harsh, aggressive personality just so we can prove that we are not submissive like our foremothers were but quite frankly, we can never really know what it was like to walk in their shoes! It is impossible to really know how another outside of you truly feels and so every assumption we make cannot be considered a fundamental truth no matter how hard we try. So rather than choosing sides as I see so many women battling with today, why not seek an advanced level of awareness and embrace something bigger, something more whole that enables us to experience our own unique value as women in this world.

The big question that follows then would be, is that even possible? Can a woman living in the 21st century really have it all without making the great sacrifices that society seems to compel us into? The answer is a resounding yes. The modern woman living in this century not only has a right to live a full meaningful and successful life but has a mandate from mother nature herself to do so and in turn reclaim her spot as the physical expression of the nurturer and guardian of the off-springs that originate from Spirit itself. There may not have been much recorded in the past on how to achieve this but part of the reason you and I are having this rendezvous at this point in time as your eyes run through my words is because this is the beginning of a new era, this is history in the making and you are part of it. The best service you can ever give now to yourself, your fellow women, your loved ones and especially the future modern woman is to make a personal choice that this will be your moment in time where you choose to become your best Self. When you decide that you are a modern woman, alive and ready to live in the enchanting magic that is ready to reveal itself to you as you choose live boldly, to express beauty with and through you and share bliss every day of your life; not only will your world never be the same again but you will be the trendsetter and inspiration of this new world order for women globally.

The flower is only beautiful and breathtaking because it opens up to the world and blossoms. It remains timelessly adored and always treasured because never has it given up on being its best self simply because seasons became unfavorable. Across time, a rose has always blossomed into a rose given the chance. And we never cease to admire and praise it for its magnificence. You never hear anyone mocking it for the short lifespan that it’s beauty and freshness offers us. Likewise, it never gives less than its very best during its lifespan. I wonder how many of us are roses that have become too afraid to give our very best because we worry it will go unappreciated or get trampled. Though it is understandable, we may want to protect ourselves for numerous reasons, the price we pay is too high for we also loose ourselves in that very process.

You may have had past experiences and even heard stories that left you feeling unworthy. We have as a population inherited paradigms and dogmatic beliefs that degrade and tarnish the value of a woman greatly and somehow we surrender to that as our garments for life, never opening ourselves up again to life, but the truth is, we are loosing far more in the process of doing so and it is up to us individually to put an end to it. Though the path may seem difficult at first just as it is whenever embarking on something new that is yet unknown, the rewards that await you on the other side are sure to go beyond your wildest dreams.

As I said before, I have discovered that in my deepest sorrow was hidden my greatest joy. In facing my biggest obstacle, which was that of releasing the hatred, anger and disappointment that I felt, I learnt that despite everything, I had the ability to love. Something that at first felt so foreign and impossible, yet I made it a practical working reality in my life and ended the struggle and strangle that had encapsulated me for most of my life. The start of that journey was by no means easy, it did take effort and commitment on my part, but that was only a temporary transition which ended quite rapidly and considering how deep in the mud I was stuck, I must admit, it took a relatively short time to unlock my heaven here on earth for sure! I wish the same for you in your world, and while there is much to be said still, I feel in my heart of hearts that you deserve to discover what more lies in store for you that will complete you and uplift your life. I know the pieces of the puzzle appear to be countless, how can you ever really figure everything out? Well given our current state of the information age as a society, I think you need to make peace with the fact that – you’re never going to figure it all out. There’s always going to be more of everything and one more big thing that you don’t yet know being marketed to you, so just stop trying to base the quality of your life on how neat, perfect and complete your puzzle is and instead find out what is at the root foundation of who you really are, then pick the parts of society, resources and technology that serves you best.

Applying mental science to practical daily use that creates harmony and happiness for the modern-day woman hasn’t been integrated much. This may have caused a wider gap for many women between what they want and what they actually live on every day. This guidebook describes the most essential factors to consider for any individual, especially the modern woman who is keen on navigating the gap of fear, worry, and doubt in life, and stepping into greatness, more success, and prosperity in her relationships, work, and life in general. It is a proven, simplified, universally based step-by-step process that can move anyone who applies it gracefully and diligently to greater heights.

Janette Getui is a lifestyle and wealth Psychology Coach that works with women internationally to help them bring more balance, joy and beauty in their world. Being born in a Kenyan Slum in Africa, she has taken on and personified the perfect phoenix metaphor, demonstrating that anyone can recreate their life and choose their destiny against all odds. She’s a published author and writer for several magazines and she helps many individuals achieve and create exponential success through her numerous trainings and programs. Although she had very little formal education, this self-educated, self-made mother and entrepreneur has had the honor of both being trained by and working with some of the biggest names in the personal development industry as well as some of the greatest cognitive science teachers of our time. She truly believes that her life’s purpose and meaning is to share with others the simple methods and concepts that bring more order, riches, harmony, beauty and love to each of us and the world in general. She eagerly shares a path to a better quality of life that is authentic and full of beauty, bliss and love with those who resonate with her very often unique, elegant, bold and fun way of teaching. Every woman deserves to live the modern life on her own terms and enjoy successful living.