My Transcendent Journey into Theta Consciousness 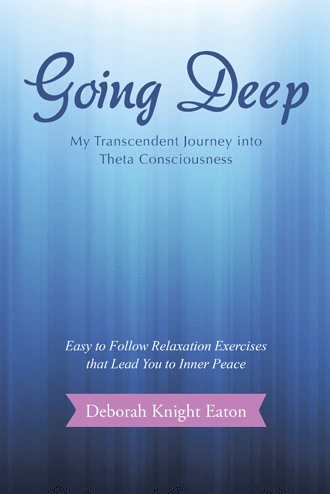 I think the most influential wisdom I learned was the know-how of being able to enter into deep relaxation. I started quite early in my teens in being interested in relaxation. In 1962, I read Susy Smith’s book ESP (Extrasensory Perceptions), and she opened up my mind to wider possibilities. She explained that the mind had lines and barriers crisscrossing it, like a grid. When a thought was sent to us and it hit one of the lines on the grid, then the thought could not get through. Yet success happened when a thought slipped through the grid and pierced our receptive mind. Voilà! ESP occurred when the thoughts got through those barriers. Susy explained it quite simply, and I was intrigued on how to have a thought get through the grid.

I began to see my brain as an intriguing labyrinth of open and closed pathways — some thoughts made it through, and some laid buried deep within my unconscious. I had a great desire to uncover and, in a

way, free the inner thoughts deep in my mind.

I was in my early 20s when I had an opportunity to put those ideas to the test. My mom helped. One day she got mad at me for something. I can’t remember now what it was about, but I chose not to say anything to her, and I became quiet. Later on that day, I had a full blown sore throat, and I was curious — did I have a sore throat from the words I could not say to her? Nowadays, this would be seen as a classic mind-body disconnect — but back then, in 1968, I was still relating to my mother the way I was raised . . . children are to be seen and not heard.

I decided to lie down, get deeply relaxed, and ask my unconscious to reveal what words I had not said to her. After a short time, the words came floating up — I sensed the words were Mom, it’s not fair for you to get mad at me for something I didn’t do.

Within an hour my sore throat was gone. I was both impressed it took such a short time and thrilled that I had been able to reach my unconscious. At that moment I became a believer in the profound power of the mind- body connection.

So what had happened between my thoughts, deep relaxation, and the mind-body connection? I think I relaxed into the deep brain waves of theta, and I had access to my unconscious mind.

When Deborah Knight Eaton met Dr. Jonas Salk in 1990, his remarks changed her life: “I know what you are; you’re a visionary, and it’s people like you who hold the vision so that other people can walk into it.”

Going Deep: My Transcendent Journey into Theta Consciousness takes you into Deborah’s visions, introduces you to remarkable healers she met around the world, and shows you how you can go on your own transcendent journey.

She gives a step-by-step process to enter into a source of creativity, the theta brain wave. She calls this process theta patterning.

Deborah presents a fresh view on the interconnection between quantum theory, unified field theory, duality and nonduality, and the immune system.

When you do theta patterning, you can communicate and enhance your immune system. You can pattern sleeping better, reducing stress, and feeling calmer.

You can see visions, be connected with your inner source, and listen to and know your true self.

You can use theta patterning to bring ease into a family vacation, transmit positive thoughts to loved ones, and even attract the life partner of your dreams.

Going deep into theta consciousness is an extraordinary way to live.

Deborah has had a lifelong career in the healing arts and has studied and taught in the United States, England, Europe, Australia, and New Zealand.

At the age of five, she had her first spiritual encounter with a divine intelligence. These encounters are still occurring, and in 2013 she experienced the breath of God, a divine intervention that has prompted the writing of this book on her life’s work: teaching people how to go deep into their own divine source.

Deborah lives in Mid Coast Maine with her husband, Edgar. She is an avid gardener, growing herbs, flowers, and vegetables. She is a spiritual counselor and has a private practice.