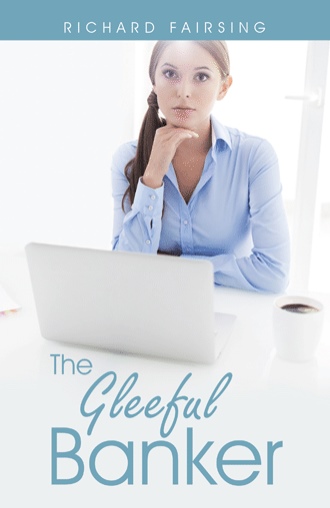 Suddenly awake, Samantha squinted at the glowing red numbers on the alarm clock. They read five a.m. In fifteen minutes it would begin to blare. Fully awake, she reached over and shut off its pending alert.

“God, I don’t feel like running this morning. It’s such a hassle trying to maintain my figure. I’m nearly fifty years old and I’m trying to look like I’m thirty. I don’t know how long I can keep it up. Hell, most women my age can’t fit their derrieres into a large gunny sack. But what’s the point? All Dave wants from a wife is a quick lay every week or so and lots of food and beer every night. He must be 50 pounds overweight. I can’t understand his attitude. His father died, from a coronary, when he was fifty. Dave’s almost fifty one and he sounds like a bull moose when he climbs a flight of stairs. Nobody, including Dave, knows what the hell his blood pressure is…probably best not to know. He wouldn’t do anything about it if it were off the chart. He could go anytime and if he does, I’ll be back on the auction block. If I’m going to bring any kind of a price, I’ll have to look the part. I suppose that’s why I expend all my energy trying to keep the old chassis looking good.

Dave might be a slob but he’s a successful one. He’s like most bankers, he makes a lot of money. It’s certainly enough to allow us to live comfortably in this snobby neighborhood. I suspect, though, it’s money not well spent.” She concluded.

She was about to get out of bed when her husband turned over and slung an arm over her waist. Fearful that he might be interested in a morning session, she slipped out from under his arm. As she did, she remembered she had to wake him. He had to be at the local airport in a little more than an hour.

“Dave!” She shouted. “Up, up now, your plane leaves in a couple of hours and you have to be on it. Do you hear me? Up.” she repeated.

“God damn it Samantha! Stop screaming like a goddamn banshee. I know, I know.” He said as he rolled out from the far side of the bed.

“Fine! Fine, Dave! Just another example of the thanks I get from you. If it weren’t for me, you wouldn’t get your lazy ass out of bed for your own funeral.”

Thinking about what she had just said, Samantha wondered what had prompted her to use such a strange expression.

I was probably hoping, subconsciously, for his demise.” She thought, while mildly chastising herself for thinking such.

“Aren’t you cute this morning?” Dave countered. “If I miss the plane, can I use one of your broomsticks to fly to New York?”

“You know, Samantha, I’m really looking forward to this trip. Do you know why?”

“I can guess, Dave. I can guess” she replied as she left the room.

After completing her morning’s routine in the bathroom, she emerged wearing her jogging outfit and went into the kitchen to begin preparing breakfast. Normally, she jogged on an empty stomach. But this morning she thought she would share a light breakfast with Dave. She had just finished preparing it, when her husband, dressed in a business suit, entered the kitchen.

“I appreciate you making chow Sam. The only thing you get on a flight nowadays is a scented picture of a bag of peanuts.” he grumbled as he sat down at the breakfast table.

“Well, make sure you go before you get on board. I hear they’re charging twenty dollars to use the john.”

Dave briefly acknowledged his wife’s quip. But then, he quickly returned his attention to the white of his wife’s hips that showed thru the slits in her black shorts as she dashed from one kitchen chore to another. His interest in her appearance intensified when she bent over to load the dish washer. Her long black hair tumbled over her shoulders to partially hide her white breasts’ struggle to ascend the sagging neckline of her black jersey.

“God, she’s still a beautiful women.” he murmured as he looked down at his groin and continued as though he were speaking to someone; “Down, down, you growing beast, your master has other plans for you.”

“Oh, oh nothing really, Sam, I was just thinking out loud. If you’re anxious to go off on your romp in the woods, go ahead. I’ll clean up here before I leave. You are still running, through the woods, aren’t you?”

“Yes, I love the feeling of being close to nature, when I run there. But I’m in no rush. I’ll wait until you’ve finished.” As she sat down at the table, she thought; “That’s strange. He usually warns me about running in the woods. Oh well, Dave is Dave and he can be strange indeed, at times.”

Dave lifted his cup, to his lips, and drained its contents. He stood up and then bent over to peck Samantha on the check.

“I’ll call you late tonight when I get to London. If it gets too late, I’ll call you tomorrow. I’ve got to run. Hope you enjoy your run, I’m gone.” Dave said while closing the front door behind him.

Samantha finished cleaning up the kitchen and then left the house, pausing only to lock the front door.

Sometimes, she ran around the artificial lake that centered their upscale village. But this morning she decided she would run in the wooded area that separated the wealthy from the rest of the city’s population. Dave had cautioned her, many times, about running in the woods. There had been reports of some young thugs making lewd suggestions to joggers. But that had been four or five months ago. Nobody had come forth lately with any complaints.

She had only started her run when she looked up to see her neighbor running towards here.

“Fine, Frank. How are you and Debbie doing?” She replied, as they passed one another.

“Fine, Samantha. You and Dave will have to come over and visit.” He shouted back as he drew away.

“Okay Frank. Have Debbie give me a call.” Samantha replied. She knew that Debbie would never call because Debbie weighed 190 pounds and was still eating everything in sight with both hooves. Debbie didn’t like the contrasts she had to endure when she was in the company of slim ladies.

Samantha felt good and picked up her pace as she entered the wooded area. She felt close to nature running beneath the canopy of trees that shaded the path in front of her. In places the foliage of the trees was so thick it shrouded the path in darkness. She grew apprehensive as she approached what appeared to be a perfect spot for mugging.

Suddenly, a man who had been concealed behind a bush, stepped out right in front of her and blocked her path. He was so close to her she could smell the alcohol on his breath. Before she could react, he restrained her by holding a large knife against her breast. She froze and stopped instantly.

“Do you like living dangerously?” he asked as he pressed the knife against one breast and then the other.

“What do you want?” Samantha asked with an unconvincing air of authority that quickly wilted when be brought his knife up to her chin.

“That depends?” he growled.

“I have a few dollars. Here take them.” Samantha pleaded as she reached out to hand him the money.

“We have time for more then that. Take off your ring and that pretty watch.” He demanded and then continued. “What are you doing running out here in the wilderness? Do you know what happens to pretty women caught out here by people like me?” he inquired menacingly.

“Please let me go and I’ll have my husband give you money; a lot of money. Please, just tell me how much you want.”

Dave is a successful middle aged banker who has grown indifferent to the needs of his wife of 20 years. He spends most of his time successfully selling mortgage back securities to unsuspecting clients located around the world. It’s 2007 and things are very good for Dave and his bank. Then suddenly it’s 2008 and his world and the bank’s begin to shudder. Dave must change his ways or both him and the bank, he works for, will end up in the rubble created by the financial crisis of 2008.

I’m a retired electrical engineer who spent forty years in the automobile. I learned a great deal about human beings by observing their reaction to stress and their willingness to accept responsibility.