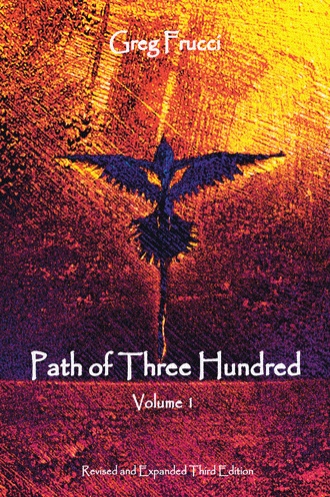 There once was a sailor named Petah...
His whole life, he very much wanted to sail the world...
see far away places and experience cultures other than the one he knew...
yet, something always kept him back...
himself.

Petah was in the final preparations for the beginning of his voyage across the sea, when a man approached him one day.
"You think you're going to sail the open sea alone in that boat?" said the man to Petah.
Petah said nothing as he has learned to do when faced with someone who professes supreme knowledge.
The man shook his head and arrogantly smiled while saying, "Your boat's not made for that. You are going to die while your boat sinks to the bottom of the ocean. You do have a life raft, don't you?"
Petah smiled back and said, "Thank you for your advice, Sir."
The man stormed off down the dock, stopped, turned and yelled, "Your boat's not made for what you are about to do. You are stupid, Petah!"

"Listen to others, but don't lose your own Voice."

The Voice within tells us a thing...
our Voice sometimes tells us things which seem impossible...
yet, our Voice is our heart...
Love is the Voice which is the voice of God.

Upon Petah's return months later from a voyage of almost two thousand miles across the open sea, the same man approached Petah while he was telling stories to his friends of the adventure.
"I see you made it back. Are you going out in that boat again?" spoke the man with disdain.
"Yes," said Petah firmly to the man while looking straight into his eyes.
The man shook his head in frustration and angrily said, "Your boat's not made for that. You are stupid, Petah."
The simple sailor watched the man turn around and walk away, storming off down the docks while shaking his head in bewilderment. The friends of Petah just laughed.

Have you ever reached a point in your life where you just wanted to take off? Have you ever wanted to simply take off from your life and leave everything behind? You know…the moment when you say to yourself, “That’s it! I’m done! I’m outta here and I’m going to go live my own life for once!” Some will call you selfish… Some will call you crazy and reckless… Some will say that you are going through menopause or a mid-life crisis or whatever… and many will throw so much negativity your way that the urge will get even stronger. We go where the winds of Life take us... changes in course are inevitable... Perhaps do not fight that which takes us with Love to our Destiny.

Upon my return from a solo sailing adventure of almost two thousand miles across open ocean, I felt compelled to share the story of self transformation. I single-handed a small sailboat from Wilmington, North Carolina to the tiny island of Bermuda and back. My book, “Path of Three Hundred” is the story told in the third person.

I felt compelled to write the book because of the transformation of self while being at sea through the physical challenges I faced while alone. There is no place to “pull over” out there. There is no one to take the helm so that I could rest when tired or hungry while the sea seemingly rages before me. As in all of our lives, we face challenges which will create fear from time to time. I firmly believe when we face those challenges with peace in our hearts, we can overcome anything.

I now live in the small town of Ukiah, California with my Shetland Sheepdog, Lucky. Lucky by the way, waited patiently for me while at sea...the reunion was spectacular.

I graduated with honors from Carnegie Mellon University with a Bachelor of Architecture and worked as an Architect for over 20 years ending in 2003 when I was fired from my last job as an Architect. That was my own doing as I was quite a different human back then...the sea transformed my way of being.

A documentary feature film, “Changing Course” aka: “Path of Three Hundred”, is in progress from the high definition footage I shot while at sea.