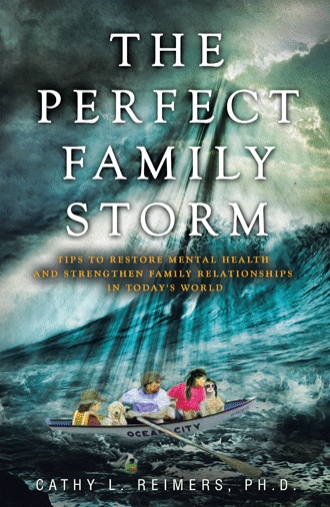 Is This Your Family?

In the following story, we follow a “normal” American family through their average weekday. Sam and Debbie are raising three children: Lauren, Connor, and Gracie. Sam works in the high-tech industry and is a successful businessman whose work keeps him on the road and away from his family. Debbie works part time on the weekends as a hairdresser. Lauren is seventeen, a senior in high school, and Connor is fourteen, a freshman in high school. Gracie, the youngest in the family, is twelve and is in sixth grade.

Debbie awakens with dreadful thoughts of what the day will bring. Will she be able to survive another fight with Gracie? What will Lauren ask for today, new jeans or a new purse? Connor creeps into her thoughts next. What new technique can she come up with to get him off the computer without World War III erupting? She draws a blank.

Her thoughts shift and she imagines herself sipping a glass of wine in the late evening hours. For a moment she feels peaceful…until she looks over at the empty pillow next to her. Sam left for work at the crack of dawn. The depth of her loneliness creeps in. Sam is never around, always working, working, working…

Her thoughts are interrupted by the ranting and raving of Lauren’s shrill voice.

“Get up, you lazy brat! You’re not going to make us late for school again. Damn it, Mom, do something! You let her get away with murder.”

“Mom,” Gracie yells back, “Lauren hit me with my pillow and threw my blankets on the floor. I don’t have to do what she says. She’s not my mother!”

“Yes, Gracie,” Debbie calls back as she gets out of bed and starts down the stairs to begin making breakfast, “but you do have to get dressed, honey.”

Only Lauren makes it downstairs for breakfast, and the whole time she’s eating, she complains about how long Gracie takes to get ready. Debbie stares at the eggs and bacon she made for four people, most of which is now going to waste. Debbie herself is too sad and anxious to even want to eat.

“Gracie get down here now!” Debbie finally calls upstairs after Lauren complains for the tenth time that she’s going to be late for school and stomps to the garage to wait in the car. “I’m starting to lose my temper. This is the fifth time I asked you to come down.” It’s a battle every morning to get Gracie out of the house. “Your sister is already outside, and we’re leaving in five minutes. Have you seen my keys? Tell your brother to get in here and help me find them. Connor, where are you? You’re not still on the computer, are you? Get down here and help me!”

Gracie hands her the keys just as Connor shows up in the kitchen. Where they were hiding is a mystery to Debbie, and before Debbie can ask, her daughter yells, “Connor has my lunch and he says he’s going to take my Rice Krispy treat!”

Gracie punches Connor in the arm and throws her math book at him. Connor holds Gracie’s lunch bag over her head.

Lauren comes back from the garage. “Look, Mom, we have to be at school in ten minutes. I can’t be late for my first period because we have a history test this morning. Please! Gracie! It’s all your fault if I get an F! I hate this house! I hate this family! I can’t wait to move out.”

(Must read the entire chapter to see what happens to this family by 10:30 P.M.)

There Are No Perfect Families

Every family has its own conflicts, chaos, and contradictions. No family is exempt from its own personal challenges. Both the media and researchers have recognized a growing trend in health and mental health concerns for today’s families. There is an increase in children, teens and parents who exhibit anxiety, OCD, depression, bipolar disorder and ADHD.

Although some families have diagnosable mental health issues, many families are on the brink of developing mental issues with the increase of stress. Severe stress can cause “out of control behaviors” in the family that signal that something is wrong. Certain behaviors and disorders can be warning signs that your family is out of control. Out-of-control families often experience escalations in aggressive behaviors that begin with one individual family member and then extend outward toward other family members. Family conflicts can surface as out-of-control behavior in both parents and children. This may include behavior such as:

Five Tips For Spending More Peaceful Time With Your Family

A useful mantra to repeat is “Each peaceful step.” Concentrate on doing one thing at a time and avoid multitasking. Keep your thoughts in the present, and concentrate on what you’re doing now, not later. Once a task is done, you can start focusing on the next one. 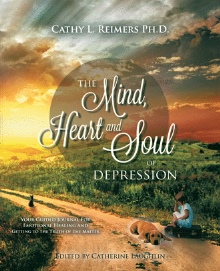 Do you feel overwhelmed as you watch your child, teen, adult child—or even yourself—spiral out of control? Is your family being torn apart by stress? Are your family’s relationships drowning in a flood of technology? In The Perfect Family Storm: Tips to Restore Mental Health and Strengthen Family Relationships in Today’s World, Dr. Cathy Reimers offers compassion, expert advice, and concrete strategies to help families navigate the current challenges of divorce, technology, addiction, violence, mental health problems, and more. As you seek a safe port in The Perfect Family Storm, this book will be your anchor. Reading it will be your first step in regaining control of your life, strengthening relationships in your family, and discovering the truth behind your behavior, leading to inner peace. This book will help you and your family members to: • protect your child from violence, porn, and bullying; • break Internet, cell phone, alcohol, drug, cutting, food, and overspending addictions; • manage the impact of divorce on you and your children; • identify what type of parent you are; • prevent dishonesty, promiscuousness, and out-of-control behavior in your child; • learn how pets can be a barometer for family dysfunction; and • identify mental health issues and their relationship to family stress.

Cathy Reimers, PhD, also known as Dr. Cathy on her Internet talk-radio show, Perfect Family Storms, is a clinical psychologist with over twenty-five years of experience counseling children, adults, and families. She is a co-author of two ADHD books and blogs on her websites, link, link, and link.