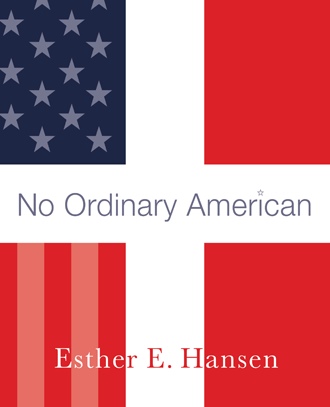 “That’s it!” “There it is!” He was among the first to spot the famous landmark. The Statue of Liberty! Real and actual!

Paul E. Hansen could hardly be classified as belonging to the “huddled masses” seeking freedom on the American continent. He was neither tired nor poor. “Full of vim and vigor” would have been a more apt description. He was well dressed in the clothes handmade for him by his mother. And he even had a few American paper dollars helpfully provided by his family before he left Denmark and tucked under the lining of his shoes. At 21 he was well prepared for adventure and experience – a new life in a new land.

It had been a rough, stormy ten-day journey from Denmark across the great ocean to the USA. March is no friendly month for shipboard travelers crossing the Atlantic. But like all Scandinavians, the young traveler was accustomed to the salty ocean air and the rolling deck under his feet; he had “sea legs”. But it was time to find more stable footing. Like the others on board the Norwegian “SSHellig Olav” he was glad to spot the arm of the Statue of Liberty, raised in welcome to the new immigrants.

He joined with those who boarded a small boat that ferried them to Ellis Island – the important first stop where they would be officially recorded as new immigrants to the United States of America. The papers he fingered in his pocket were all in order; he was ready to speak his first words of English in response to the questions he would be asked. That done, it was on to Manhattan, the first solid land of the new and exciting world that lay before him.

Paul had noticed two men sitting on a bench near the dock. He approached them now and shouted a question: “How do you get to San Francisco?” Only later did it occur to him, with a chuckle, that he had spoken Danish, and that the men had responded in the same language. They were ready for a chat.

“Hvor kommer du fra i Danmark?” Wherever they were in the world, it was the first question Danes always asked of each other. “Where do you come from in Denmark?” So they plied the young man with questions, and soon found out that he came from Koge, the seaport town familiar to all Danes, only 39 kilometers southwest of Copenhagen.

They learned that his father owned the Hotel Norske Love (The Norwegian Lion), that he had a number of siblings, one of whom had already established himself as a successful carpenter and contractor in San Francisco. Two sisters, he said, both had plans to join him there.

“What can you do?” “Not much. I was a grocery store apprentice in Denmark. But I can do whatever I need to do to make a living.”

At long last they answered Paul’s first question. “San Francisco is that way.” They pointed west. “and it’s 3200 miles if you’re walking. It’s 3000 miles by train, and the fare to San Francisco is 38 dollars. Do you have money? - Well, good! Okay. Then you’re al set. Goodby, then, --and have a good trip! Lykke paa rejsen!”

Paul didn’t waste a minute. He was quick to find his way to Grand Central Station, where he paid the 38 dollars for his ticket to San Francisco, coach all the way. “That will be easy for a young fellow like you,” some Americans on the ship had told him. By late afternoon on the same day he arrived in New York, he was westward bound.

There was a dining car, but his funds were insufficient for meals there. When the train made a brief stop he jumped out, ran to a grocery store and supplied himself with bread and cheese, lunch meat and fruit. Later, on his first night in the USA, he slept soundly in his coach seat all the way to Chicago.

On arrival in the big city he had to board a different train for San Francisco. He could have waited for special transportation designed to facilitate the transfer, but the explanations about that were beyond his grasp of American English. Instead he set off briskly on foot and eventually found the other station.

The train did not leave until 6PM, so he checked his two suitcases and decided to see whatever there was to see in the city of Chicago. --Not much, apparently, for a pedestrian cautious of losing his way on the unfamiliar city streets and missing his train connection. But he found a fine little restaurant where he had a good meal for 75cents.

In good time he was back at the railway station, where he located the train that would take him west to San Francisco. It pulled out promptly at 6 PM. Sleeping cars and dining cars were available for folks who had the necessary cash. Paul found a good place in a third class coach, not over the wheels this time, but comfortably in the center, where he’d have smooth sailing, day and night. He slept undisturbed and had a wonderful time on board the train for the next four days. 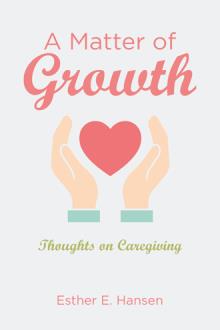 A friend who read the manuscript of No Ordinary American said, as others had, “I love your book.” Later he said, “I’ve read it again, and I love your book still more.” Why do they love the book written by an old lady who remembers the wonderful stories told by her father in the past? Is it because the adventures of a lively young immigrant who came to the USA over a hundred years ago are amazing and unusual? Is it because they call to mind people and places that they have read about or know?

Is it perhaps because he said about the memoirs he himself wrote, “If I have said anything negative about anyone, take it out! We all make mistakes”? Can it be that, as one reader said, “This book teaches you how to be successful and happy”?

If the latter is true, I am thankful and glad to have set down these stories lived by my father for the readers’ pleasure and unintended instruction. My father was a good man; his fascinating adventures are meant to provide enjoyment. If they offer more than that it will be to the reader’s advantage. They were recorded by myself, his daughter, and include, in part, excerpts from his memoirs.

Esther E Hansen was born in Washington, D.C. where she attended the Teachers College, began her teaching career, and later worked with the Kingsbury Center.When she moved with her parents to the southwest, professional relationships helped her to establish Tucson Educational Services, which became an important asset in the community.She developed a valued staff of tutors whom she trained to make use of the skills she herself continued to use in her own teaching of disabled readers.

On retirement she chose to settle in central Ohio in an area of farmland and beautiful wooded hillsides. In the village of Gambier she has friends close at hand as well as the many cultural benefits available to the public through nearby Kenyon College.

In the natural impulse to share the life experiences which may be of value to others she has written , in addition to her father’s story, two other books: A Matter of Growth was inspired by her life as a caregiver with her parents, and 90 Years Young tells of her many adventures with wellness.