Slave to the King 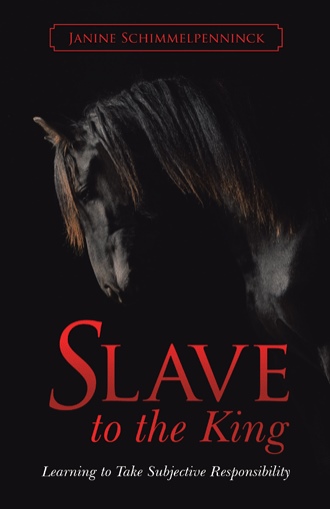 In order to understand the nature of responsibility - its meaning, its nature and its various modes of expression - it will be helpful for us to briefly explore consciousness itself.

The funny thing about consciousness is that most of us - most of the time - are not really aware of it. It is so normal to just simply be that we are not aware of our awareness of being. We take awareness for granted and thus never become consciously aware of who and what we truly are.

Our common daily consciousness could maybe best be described as dualistic. It is a consciousness that sees the world as fragmented. It perceives a "me" and "a world" which are inherently separate from each other. This feels "right" to us and so we rarely - if ever - question it.

Our life experience - which amounts to a kind of mind-training - begins with a process of objectifying all our experiences. When we are young we are increasingly confronted with a world full of objects. Thus, when we grow up, we perceive reality as an object or collection of objects. Everything around us is constantly labeled and thus objectified. When we ask our parents about the nature of something, the answer is almost always a name, a label.

Thus, slowly but surely, all reality becomes a single mass of objects structured and perceived according to our conscious and unconscious thoughts, ideas and wishes. As we grow older, our object-focused mind encounters still more stimuli in its surroundings which it objectifies (through labeling) in order to reinforce itself and its perception of reality.

I call this type of consciousness "object consciousness." It correlates to the dualism mentioned earlier. Most people most of the time are in a state of object consciousness. Being in that state means that we approach reality from a so-called objective perspective. Reality is seen as an object and our view on reality is therefore completely determined through "object" seeing. This feels natural to us because traditional education plays a significant role in sustaining this approach to consciousness. In school we are trained to develop our objective thinking skills, often at the cost of developing other skills or modes of perception. Eventually, it becomes impossible to even conceive of alternatives. Objective thinking becomes the ultimate - indeed, the only - way of looking at life.

The conventional meaning of "objectivity" means a certain non-negotiable quality of truthfulness. That which is "objective" is correct. It is right, regardless of what we think or do. When we say “I will give you an objective opinion,” it means we are giving a true and honest opinion. In our society, reality and objectivity are considered equal. In a sense, they are seen as the same thing. In science - which aims at knowing reality in the ultimate sense - a high degree of objectivity is required. A scientist who does not practice objectivity would quickly see their work dismissed as "unscientific."

So it is clear what we mean by "objectivity" but that still does not tell us whether there such a thing, such a phenomenon, as "objective thinking."

I do not believe that "objective thinking" exists. We may from time to time have an idea that comes close to objective thinking, but it remains a far cry from asserting that that we can approach reality objectively. In fact, we cannot approach reality that way. What we think or see is not reality but rather our awareness of reality. The difference is not insignificant.

Already a lot has been written on the importance and the need for changing oneself. However, Slave to the King discusses in detail the essential and practical role of taking a precise form of responsibility as an absolute necessity for changing oneself. To take subjective responsibility is an intelligent act that fits the logical mind of this day and age perfectly. The set-up of the book provides the reader easy access to an introduction and short explanation of the term subjective responsibility and to many detailed case studies.

Janine W. Schimmelpenninck was born in 1964 in Arnhem, The Netherlands. In 1989 she graduated from the University of Amsterdam with a master’s degree in the political-social sciences, specializing in medical anthropology.

After a short career in the pharmaceutical industry she joined her husband in 1996 in their first private company and has since been co-director and co-founder of several private business companies in The Netherlands. She and her husband have one son.

Janine has always had a fascination for psychology and spends most of her free time in studying Buddhism, Buddhist psychology and Ancient Indian philosophy. In 2014 she founded the Orange Tree Foundation. The Orange Tree Foundation is dedicated to the development and recognition of Subjective Responsibility ‘SRA’ (as described in Slave to the King) as a key human skill in society in general and in business and education programs in particular