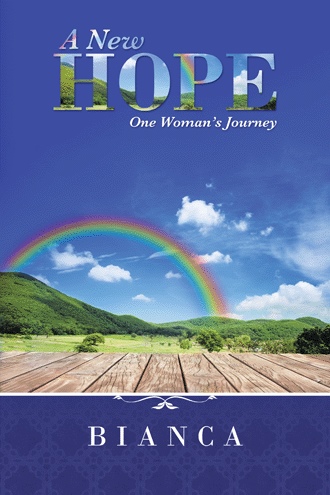 Since I can remember, I have considered myself spiritually awake. I have been able to feel people’s energy, and I have managed my whole life based on that. Also, thanks to that gift, I have been able to make important and crucial decisions. I remember, when I was just a kid, feeling guided, as if I were being told what I had to do at all times. No matter what was happening around me, I had a sense of being protected. I knew the things I didn’t like without a doubt, but I also had a pretty good idea of the things that made my heart happy. I was clearly aware of my innate gifts, and because of that, I was able to let them guide me.

I always felt very strong internally and thought I was more mature than those around me, but I also felt misunderstood and lonely most of the time. I was raised by different people and experienced many unfair situations. Being raised in this unsatisfactory way had a tremendous impact on my life. My mother moved a lot, so I didn’t have a stable life until I turned six years old. Even then I was forced to move from one place to another. It seemed that no matter what I did, I always ended up moving from one circumstance to another. It is amazing to think that at the age of two I was pretty aware of things happening around me, as if I were a spectator.The people who looked after my brothers, sisters, and me were friends and acquaintances of my mother’s. They were trustworthy people who lent their hands to help.

Mrs. Lucy was one of my mother’s dear friends, and I will never forget the times when she took care of me. I called her Aunt Lucy because it made me feel as if she was a member of my real family. We loved and cared for each other very much. Aunt Lucy was one of the first people who made a significant impact in my life. Even though we were not related, that relationship marked me forever. She really was like a second mother to me. Aunt Lucy was a very tough woman, and I was very intimidated by her. I always wondered why my aunt had to be so hard on her daughters and me; we were good and obedient girls. Aunt Lucy had a wooden playpen, and she left me in there almost the whole day; I was just a baby. She became very upset if somebody tried to take me out. Maybe Aunt Lucy thought that I would get spoiled and that was not a good idea. My mother said that when she wasn’t around (most of the time) I fell asleep, and I spent my days in that square box. She said that when she came from work, I still had on the same diaper as when she’d left for work. Maybe Aunt Lucy forgot about me, since she had many other kids to take care of. According to my mother, it took me a longer time than normal to learn to walk. Perhaps it was the result of spending so much time sitting in that narrow wooden playpen, along with the intimidation I felt from Aunt Lucy. I couldn’t practice walking because nobody spent time with me. Aunt Lucy was very strict. There was not one day of ease with her. She was like a military woman on a battlefield, training us and acting very serious and on-target all the time.

Because having me sit all day was how Aunt Lucy took care of me, I tried to have fun with it. I decided to compose a song to my mother, and every time she left for work, I started to sing this song. I guess it was a way to calm myself down and still be good for my aunt. I never had a problem entertaining myself; I was good that way. I sang the song to my mother while beating my head against the sofa until I got tired or fell asleep. The song sounded something like this: “Icha peicha mayo castillo corronchumao.” I repeated the song again and again, and of course, I created and kept the song’s melody in my head. I was so entertained by it, especially because the song was for my mother, and it made me feel really happy. I didn’t have hair on the back of my head for a while; my mother said that bumping my head so much against the sofa prevented hair from growing on that spot. Aunt Lucy was okay with me singing, I guess. I don’t remember being told to stop.

After a traumatic experience from battling leukemia for seven years and going through a bone marrow transplant as my only chance of survival, I got an invitation from heaven to write about the most challenging experiences of my life as well as those responsible for blocking the natural flow of well-being within me to the point of almost taking away the privilege of existing.

BIANCA was raised by a single mother who made many unwise choices in her life. Her mother’s instability forced BIANCA to face drastic changes and endure harsh situations at an early age. Those moments had a profound impact in BIANCA’s life, and such impact was later reflected in a sudden encounter with cancer. Interestingly, this “terrible” illness acted as the catalyst to begin a serious review and discovery of all the hidden aspects from within. BIANCA’s journey to understanding her past, her present, and her second chance to having a New Hope has just begun.