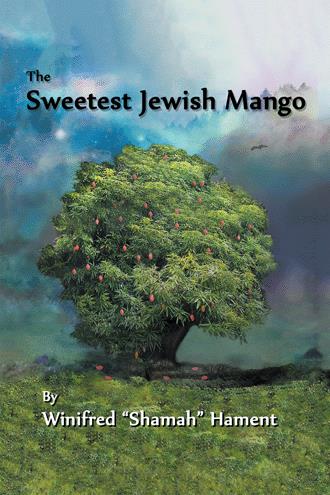 The Preparation Being pregnant for the first time was an experience. I was throwing up the second month. Every smell was hard to take. I- Zuse would eat a mango and then rub whatever was left over on his hands into his head. Everything went into his locks. When he would sleep near me I would gag. I was thin and strong and looked quite beautiful. I- Zuse never gave me much slack with being pregnant, he would always talk about African women and how they would drop their babies and go back to work. He didn’t allow for too much weakness or complaining. Defeated When I left the Caribbean, I was so defeated. I had three small children; five, three, and one. I filled my emptiness with smoking herb. There were three things I knew how to do; sell herb, teach children, and play in a Reggae band. I entertained all three. I finally found a small two bedroom home in Great Neck on the so-called other side of the tracks. I was so relieved to finally have my own place. I was living with different people for months with three children, it was almost more than I could bear. The house was old but it had a great front porch. It was behind my landlord’s house down a slight hill, well protected, almost to the point of not seeing it; I loved it. It was almost like a Caribbean setting. I could carry on in my old ways, smoking herb, having my herb business, playing my Reggae music, no one troubled me. I sold herb to my landlord so part of my rent was taken off. Across from me lived a very uppity Jamaican family and in front of them lived a family from Alabama. The woman’s name was Chinneta. When we moved in she wasn’t sure what kind of people we were. She saw all of our dread locks, me carrying bush, collard greens, and all having a slight accent. One day she asked my son, Orahkeeyah, if he wanted some food. It was meat and potatoes. He said, “I don’t eat animal.” She said she almost fell over. One day I went to get a goat skin for a drum that I needed to re-cover. She saw the skin and figured we were voodoo people. I Fell In Love I have been lonely for so long. I have waited for love before this, always looking in the wrong places. I have been giving, giving, giving, and longing to receive, my barrel was empty. I longed for companionship, fellowship and intimacy. I have been going to a church for eight years, always seeming to be on the outskirts. Running, hiding, not finding my bed of rest. Where do I go, who do I talk to, where is my comfort, why do I still carry so much baggage? Such intense conversations from within. Am I pretty, am I fat, do I think properly, am I smart am I attractive? Around and around with no resting place. Then one day suddenly it happened, I fell in love. It was different from all the other times, it wasn’t conditional, and there were no time limits. It wasn’t going to change even if I did. It was permanent and finally I realized it. It was the love of the Father. Not my earthly dad but my heavenly Father. I realized that He loved me from the beginning of time, before I was in my mother’s womb, before I knew what to do with myself, before I knew how to stop destroying me. He knew every turn I would make both good and bad. He still loved me, He will always love me, even if I don’t love Him, even if I would run away or curse Him. His love is unconditional, it does not envy, it has no pride, it judges not. A New Star I started going to this church in 1990, still being very much a sinner. Not ever being in a church before, I didn’t know I was supposed to act holy even if I wasn’t. So often I would tell the preacher man that I had a really good joint (pot) last night. He would smile and say “I remember those days”. I had dread locks down to my behind and I knew that these church people couldn’t relate to my story. So I would run out after service. People tried to talk to me but I was closed to telling them my tales. Finally, I heard they needed a Sunday school teacher for teenagers. Nobody liked that group, too rowdy, I was perfect for the job. I didn’t know much about the bible but I sure knew about life and prejudices, so I began to teach. They only gave me the position because there was no one else. I am a storyteller only because I never liked to read. My life was adventuresome and my stories for many, white, middle class kids was an adventure. They were like the bible stories. My class became huge. Every teenager who never went to Sunday school showed up. Chairs had to be brought in. We were packed in there like sardines. I held court cases, trials, we did everything. I talked about sex, drugs, and everything else that no other Sunday school teacher would touch. The kids loved me, I took no crap and would tell them, “Shut up, who are you?” I didn’t talk in a quiet, Godly manner, they ate it up and said, “You are so real”. So this is how I got to be known to the other members. The kids would go home and tell their parents about our talks. I figured my teaching days would come to a quick end. They lasted about seven years. The kids knew more about scripture than I did but I kept telling them stories. I told them when they were jerks and kept things very real.

A journey from death to life, from sadness to joy, being poor in the spirit to being rich in my soul. I've gone to great lengths to find the truth. I've opened many doors and looked for love in all the wrong places. Now I know where true love is!

My name is Winifred Irene Hament, also known as “Shamah”. I am a daughter, sister, mother, grandmother, ordained minister and a child of God. I’m a woman of vision because without It I might not be standing where I am today telling my story. The road I traveled at times seemed devastating to my mind and broken to my soul. I found myself in places that sometimes you only see in movies and are thankful that it is not your reality. I have dealt with hate, drugs, abortion, rape, death and life. You must die to your past so you can breath new life. I wouldn’t change my past because each trial and tribulation has helped my growth spiritually. My God is an awesome God. He has prepared me for such a time as this. I didn’t believe I was capable of writing a book and ten years later this is now my reality. It only takes one heart to keep you on the path. Everyone has a story to tell. This is mine and apparently now I am an author. God is Love -Winifred Hament