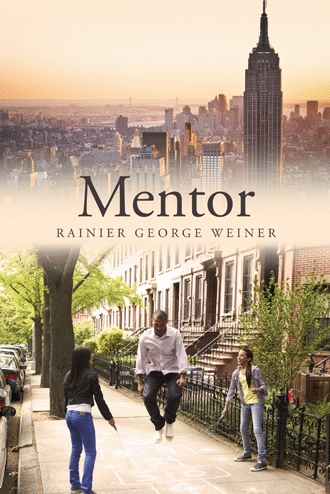 Approaching the end of Conway Avenue, the streetlight had been broken. Pieces of the yellow bulb, barely visible in the moonless night, squashed under Ralph’s feet. At the corner, an old brick building came between him and the only working street light throwing him into ecliptic shadow. He stood still for a moment trying to adjust his eyes to the new level of darkness. Leaning forward, he peered down the dark side street for any sign of Pepe.

In the darkness the air moves, leather scrapes concrete, something inhales—a burst of pink light—and suddenly the pavement leaps upward into Ralph’s face. Kissing the cement, the concrete slaps back rolling him onto his side. Head throbbing, his numbed face pinned against the sidewalk, he manages to get his hands under his body. Pushing upward onto his knees, reaching out with his hands, he feels nothing. Another blur of movement.

Pointed boots dig into his chest. An object strikes him in the middle of the back. In the darkness he lashes out with his right fist. When he makes contact he feels little resistance. Whatever he fought had little mass. He thought he heard a body rolling on the ground. He makes it to his feet. More shuffling of feet, footsteps, heavy breathing, gasps. Some form of rope or cloth grips him around the neck. He twists. He bucks his head. Reaching out he feels an arm. Grasping, wrenching he feels it snap. A scream. A humming whirr. Another splash of light and he strikes the pavement again. This time he feels a warm-liquid running down his cheek. Again trying to get to his feet, he makes it only to his knees. He covers his head with folded arms. However, the sidewalk springs up again and slams him in the face for the final time.

Cold steel scrapes his buttocks and thighs. He feels ripping tugs at his trousers as air cools bare flesh where his pockets had been. Glued to the ground, his arms, legs and torso twitch in place but do not move. His legs straight, his feet extended out over the curb, his frame flush on the sidewalk, Ralph’s body leis quiet, cold and motionless. His mind, however, explodes: flashing bright, dark; popping in, out of consciousness; searching forward, . . . backwards:

The late afternoon sun reflecting off the shop windows roused in Ralph familiar senses he had not experienced for over ten years. Turning the corner onto Robin Avenue, he could see down the entire block to where it passed perpendicularly under the elevator tracks. The long line in front of the Eclipse Movie Theater moved slowly. Youths of all colors, mostly dressed in jeans, stood facing the street bantering, using more arm movements than words. He walked more slowly now, his leather heels clicking rhythmically on the concrete sidewalk beneath his long legs and broad, thick shoulders.

Wide-eyed fish, poking their heads out from beneath blankets of crushed ice stare up at Ralph as he passes Larry’s Meat, Fish and Poultry Market. As a youngster, he could never decide which smelled worse—the raw meat, the fish or the neck-less chickens. Today, it’s the fish. The jewelry store, the antique shop and the old camera shop still had the same black painted bars, spaced six inches apart, in front of doors and windows. Men, dressed in leather jackets appearing as if they have nothing else to do, peek through bars at the merchandise. Inside, fat, hairy-chest men in tank-tops stand behind glass counters looking, only slightly, more bored than mean.

At the middle of the block, the sign above the door straddling two large bay-type display windows reads “925.” Ralph stops and peers inside. Cardboard stands display pictures of movie stars’ faces, billboard scenes and videocassettes.

“Miss,” Ralph calls out poking his head between two inward folding doors. “Are you the owner of this shop?”

“’Fraid so; may I help you?” A slim young woman with brown hair falling over one side of her face tilts an angular jaw at Ralph as she steps forward.

“No, not exactly. I was just curious. My mother managed this property while I grew up. Used to be a grocery store. Many an afternoon I stood on this sidewalk waiting to help customers. She died twelve years ago.”

The young woman pushes through the folding doors, looks up and down the street and stands with her hands on her hips facing Ralph. “Well, I bought the place four years ago. Was an adult bookstore then. Still have weird people stop by—come in and go right out.” She smiles, continuing to look up and down the block. She places her hand on Ralph’s arm. “Go ahead and look around if you like. I can understand how you feel.”

“No, but thanks. I’m about ten minutes late for an appointment now.”

The familiar lights of the Modern Drug Store turning on light up Ralph’s figure as he walks by. One of three boys leaning against the storefront calls out to him, “Hey man, can ya loan me a quarter; we’re lost and I gotta call my mother.” Ralph turns and smiles at the kids, but keeps on walking.

From the center of the group, two oversize legs slide a wiry frame upward along the face of the building wall. “Hey bro, don’t tune us out—you mama here.” Leaning against the wall, cupping his hand in front of his mouth he rasps in a high pitch voice, “Hey man, if I’m wrong, then you know where you belong; you can try to see it on my chest and let the birds build a nest!”

The smile leaves Ralph’s face as he slows somewhat and takes a quick look over his shoulder. Glancing at his watch, he turns and continues his long strides forward.

Passing the new Subway sandwich shop next door, he inhales deeply. At the corner, in front of Andy’s liquor store, three Hispanic boys in short pants below their knees stand in the middle of the sidewalk talking to a black girl in knee-high boots. Their dark eyes move slowly from Ralph’s feet upward to his eyes and focus in a sullen, frozen stare. They retreat slowly out of the way to let him pass, every tepid movement appearing done with great effort.

Past the liquor store on the corner, Robin Avenue makes an abrupt right turn to go between the four columns of the elevator train tracks. Only partially hidden by the rusted steel beams, a gray-haired man in coveralls urinates on the ground without looking up as Ralph passes.

Passing under the tracks, the street makes an abrupt left turn. A large lot the area of a football field infested with weeds and low growing bushes looms vacant to his right. Ralph had always wondered why this land—in this space-limited city—had never been developed. That is, before the area had degraded to a neighborhood where coverage on city maps end.

Past the vacant lot on the same street, “The Project,” framed starkly against the golden, midsummer-moon background now just beginning to rise over the Manhattan skyline. Located in the midst of a neighborhood of long stairways leading up to narrow side-by-side tenement houses, the Project resembled a fortress within the boundaries of the enemy’s camp. Four eight-story brick buildings shaped like Monopoly Game Hotels formed a rectangular pattern with a cement-paved courtyard in the center. As high as human hands could reach, graffiti in bright blue, red and green colors decorated the walls of the red-brick buildings.

Mentor tells a story about a man who offered a fatherless twelve-year-old boy the gift of his time, his knowledge, and most of all, his love and friendship. In return, the boy rewarded these gifts with abuse and finally a cowardly act of treachery and betrayal, the enormity of which stretches the limits of human belief. And when his betrayal had been exposed and severe punishment loomed, the young boy received yet another gift—perhaps the most precious gift any one being can bestow upon another—the man forgave him. Mentor takes the reader onto the streets of New York City to race headlong over its pavement, from schoolyards, city streets, and youthful gang hideouts to lovers’ parks. The fast-moving novel combines adolescent love with explicit demonstrations of what happens as children grow up in the teeming cities.

Despite earning a master’s degree in mechanical engineering and working in the engineering field for forty years—and being awarded several patents in the glass-fiber-forming process—the author’s passion has always been writing. Instead of rapaciously focusing only on cement, cold steel, and unchangeable physical laws—the holy grail of engineering—during off hours and vacations, his mind danced with ideas for books: conflicts, crises, and resolutions—his own and the experiences of others, real and unreal. He retired in 2006. His personal writing includes six books and a collection of nine short stories.