The Essence of Being 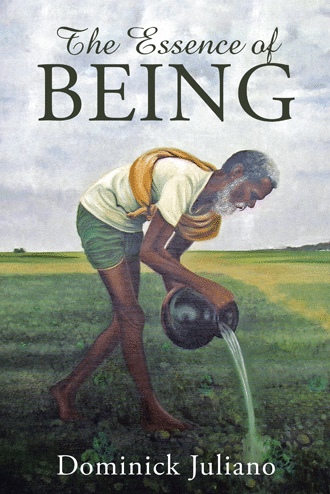 Jnana Yoga is the yoga of the mind. The word yoga means to attach, to become one with, to unite. A yogi is one who uses many techniques to try to unite and become one with something. So yoga is about the mind, and how we come to think the way we do.

I first heard the term jnana yoga from a hatha yoga master at the Self Realization Fellowship, an organization that would often bring in movies, speakers and yoga masters from India. One time, Brother Stanley and I were at the LA Center on Sunset Blvd. B We ate dinner there and then entered the meeting room, which held about 150 people. The introductory speaker told the story of that night’s speaker, a master — a young man who came from the Himalayas, was about 30 years old and 5’10”, lean and good-looking. He had been up in the mountains for many years, training under his master. He had lived in a remote cave up in the mountains with 8 or 9 others. Their teacher was a hatha yoga master, the yoga of body positions. This master then came out and started demonstrating different positions, all of which were quite amazing. I just couldn’t believe what he could do. After about a half hour, as he was sitting on the edge of the stage, he looked at me and asked me to join him on the stage. What he wanted me to do was to touch his feet and to repeat that action every 30 seconds or so. I watched his feet, and the first time I touched them, they were just a normal temperature. Then as I watched, his feet started turning red, as if on fire. Heat waves were coming off them. This time when I touched his feet they were burning hot and actually burned the tips of my fingers. Then, as I continued to watch his feet, they seemed to return to normal color and then became bluish with cold. This time when I touched his feet, they were frozen solid. From that coldness, they then seemed to thaw and returned to normal.

When I spoke with this master later on in the evening, I asked him how this phenomenon was possible. He said that he had been with his teacher for 12 years, and the group of them had lived in the cave up on the mountainside. Even though they only wore loincloths, they were able to raise their body temperature so high that they could heat the whole cave and maintain a comfortable temperature. If his master were to sit down on snow or ice, it would simply melt 3 feet around him. He also told me about some of the techniques they practiced throughout the day.

Then I asked him if, having learned how to control his body so totally, was there something more important to learn. He simply said the word ‘jnana’. Later I would learn that jnana yoga is the yoga of the mind, and that it is the highest form of yoga. This hatha yoga master’s path was to be a jnana yoga master.

We continued our discussion and talked about the word jnana. The word itself has different spellings and can be interpreted as wisdom or knowledge, which can make for misunderstandings. For my purposes, I would like to define jnana yoga as yoga of the mind, exploring the mind and understanding how it works. When I bought up the subject with Brother Stanley, he didn’t seem to know much about it, so I realized that this wasn’t necessarily going to be an easy search. But this would be my goal: to understand how the mind works, what it does, how it functions, how it gets programmed.

There are five different steps or procedures in searching out something. First you hear about it. You may hear about something for years before it actually gets your attention. Secondly, you find yourself discussing it, again maybe for years. With the third step you practice what you have been hearing and talking about, learning how to concentrate and how to contemplate, and then getting into the state of meditation.

Concentration seemed to come fairly easily to me. I learned how to concentrate through bodybuilding and came to the realization that the body does not think, it reacts. It reacts to your thinking. So how does one learn to think, to understand the process of the whole mind? That was my beginning for the search for the yoga of the mind.

Contemplation is taking something that you have heard about and really starting to think about it. You ask a question, for instance, “How do I get out of this ditch, how do I start?”

Meditation is the state where the answers come, where you hear God’s voice speaking to you. He already knows your thoughts and is ready to answer the questions you need to ask. It takes practice to accomplish this process, and once you start, you will get experiences through the practice. At this fourth level you will experience what you have practiced. The fifth level will be reached when you actually realize what you have experienced, when you truly understand it. I have had many experiences in my life in which I would only totally understand many years later. It is then that the real awakening happens.

It was a wonderful experience to witness this master. Stanley and I talked about him a lot. It was at this point that I asked Stanley what the word ‘yoga’ actually meant. He admitted he didn’t know, and it was only years later that I would learn that the word means ‘uniting, becoming one with’. One could learn from a master, a master who understood the principle of uniting.

This is the story of my reincarnation. The year was 1933, sometime in May, and I was entering into this new birth. I had made my contract, and now I was back on my way in. I had to decide where I was going to be born. I decided that the United States would be a good place, because what I was looking for was total freedom, which I hadn’t had in many previous lifetimes. So I was looking for a mother or father who would provide this opportunity. That was my greatest desire. The rest would follow.

From Manhattan to Santa Monica, to Las Vegas, Europe, and beyond, Dominick Juliano has spent his life developing both body and spirit. He was a craps dealer, worked in show business, ran a bakery, published macramé books, and sailed the Mediterranean Sea. Today, he and his wife reside in southern Utah.