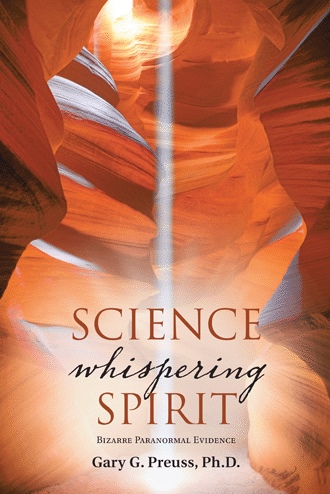 It first hit me when I signed up for an extracurricular course in college. I had noticed in an advertisement on a bulletin board that a Silva course, intriguingly referred to as Mind Control, could teach tricks for memorizing long lists. Being a bit of a left-brained nerd with a down-to-earth side that outweighed my esoteric bent, I felt the course was described as “mind control” so as to hook people to sign up. The course outline also hinted at improving one’s psychic abilities, and although this may have been bait to make the course sound interesting, what attracted me most was a chance to improve my memory skills. How great it would be to zip through grocery shopping by memorizing a list of forty items. While taking the course, I indeed learned that, but I learned something much more valuable.

I discovered real evidence that the students in our course, including me, had demonstrable psychic abilities. This astounding evidence was based on doing “cases”, which were experiments aimed at determining a stranger’s health problems, a practice akin to medical intuition.

I was stunned. That is the best word to describe my reaction to the amazing results of my classmates and me. I knew we were not cheating, but somehow we were remarkably accurate at coming up with correct answers from what seemed to be imagination. Students were randomly assigned to pairs, and while one entered a relaxed meditative state, the second wrote down the name and condition of an acquaintance who had a notable physical characteristic, implant, illness, or handicap. Then the person meditating, presumably with brain waves in the slower alpha frequency state, was told the name of the person and asked to visualize his or her unusual condition. Although the meditating student could not see what the other had written on the cards, those cards served as documentation to verify if the meditating student identified the condition correctly. Toward the end of the course, our teacher had us again enter an alpha state and gave us verbal instructions to find his parents’ home in Milwaukee, a place nearly a thousand miles away from any place I had traveled to in my life at the time. Decades later, I found the house, and the street was exactly as I had visualized it, with the curious error that the house was on the wrong side of the street. With an Internet search, I found that Silva teacher, now a professor at Washington State University, to verify the address of that house where his parents had lived three decades earlier.

In one case I particularly remember, I was asked to visualize, while in a meditative alpha state, the medical condition of a woman whose name I was given. On hearing her name, I immediately saw in my mind’s eye what clearly looked like a bolt in her knee. I saw nothing else, as the metal bolt was so visually dominant. I remember feeling silly to mention that what looked like a bolt in her knee was the only thing I was “getting”. The other person had written on the card that this woman had just experienced knee surgery and a metal implant had been put in her knee. If it had not been me, I would have suspected a “set up”, but I had no clue other than a woman’s name and a particularly adamant inner vision. Since it was my first case, I thought it was an incredibly lucky guess. But I got increasingly serious when such cases happened repeatedly while acting as both giver and receiver.

Yes, there were errors in doing those cases and some people clearly were better than others at those psychic games. But it also was obvious that the ratio of correct to incorrect “guesses” would absolutely have aced a statistical significance test. We joked about making up the stuff, but I was well aware that I had not cheated. We were paired with someone we did not know and had all made decisions on the spot about the name and condition we would present to our assigned partner. I knew I had not shared with my partner anything about the person on my list, and yet the number of hits was surreal, like living in the plot of a psychic movie. Nothing like this had ever been addressed in my education, and I was already in college. Since I was studying the statistical social sciences and had been interested in statistics since childhood, I knew these events were not all coincidence, given the huge number of possibilities that chance alone would have provided. I realized that the odds of repeated successes on highly specific cases were astronomically small, and yet here was real experience repeatedly beating those odds.

I was now confused about why something that seemed to work so well in the Silva course was met with so little interest or research in the academic arena. The professors in my social sciences classes were not providing any courses on these phenomena, and more bewilderingly, not even recognizing them as phenomena worth studying. The Silva course itself was not a university credit course, but was taught “on the other side of the hedges”, which during my time at Rice University meant an extracurricular course taught off campus. My reaction was that something patently was missing in the dominant scientific paradigm about the ways of the universe. After personally experiencing multiple Silva cases and recognizing that there was a reality beyond chance, my confronting institutional bias against it was akin to reporting an encounter with a space alien and finding that no one with any authority was interested in uncovering what was going on. Although I had top notch professors within those hedges, psychic coincidences in the Silva class were simply not acknowledged as anything beyond entertaining fodder for a dubious publication like the National Enquirer. I was not belittled as weird for having had psychic experiences, but inexplicably, such experiences were simply ignored as coincidental.

This attitude gradually is changing. I know that Rice recently has fostered some excellent work in the wide-ranging paranormal and psychic field (which I will henceforth refer to as “psi”, adopting the commonly used shorthand word to encapsulate psychic and paranormal phenomena), but the acceptance of psi in our culture has just begun. Cultural attitudes toward psychic and paranormal phenomena remain awkward and unresolved at best, so much so that a family relative recently told me that my earning a doctoral degree in parapsychic science was embarrassing, so I should not tell anyone.

Something extraordinary is going on. Science is finding that much of the paranormal is really normal. But even though research is uncovering the truth of psychic phenomena, psychics rarely win lottery jackpots. Why is that? Evidence increasingly indicates that our consciousness survives physical death, but few people converse with loved ones who have passed away. Why is that? The statistical probability that our universe exists at all is remote, yet the scientific paradigm is reluctant to allow that it might be designed. Why is that? And repeatedly, fewer people are involved in cataclysmic tragedies than the odds would expect for the time and location. Yet most of us do not recognize intuitive hints to avoid serious misfortune. Why is that? For centuries, science dismissed much paranormal weirdness as coincidence without seriously looking at it. It is now discovering that we are experiencing more than coincidence. But much remains hidden, intuition is rarely obvious, and psychic errors abound. Why? Why indeed? Hop aboard to explore some answers.

Gary G. Preuss is a spiritual and scientific visionary who worked for thirty years as an economist and statistical analyst. He grew up on a farm outside El Campo, Texas, and earned degrees from Rice and Georgetown universities, experienced a month of silence as a Jesuit novice, and holds a doctorate in parapsychic science from the American Institute of Holistic Theology . Gary is owned by two dachshunds in Austin.