The Theater of Life

"Roles We Play on Planet Earth in the Passing Parade of Our Existence". 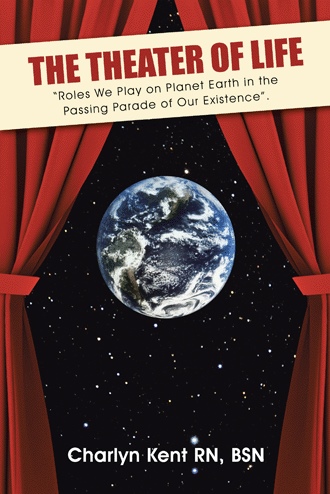 The aura surrounds the physical body like an egg of light and houses the subtle-body system. The top layer can be very thick. I have felt such a layer; it was as if the layer of protection it provided came from another dimension. It was hard, smooth, and felt as if a big rock or something like that would be needed to crack the shell.

An older friend, who was from Nigeria and a priest in the Yorba tradition, would visit me in his giant egg. This six or seven foot egg, not touching the floor, would appear a few feet in front of me and it would open. He would laugh and wave an arm. He appeared more real than in the “real” world. I waited to call him on the phone because I wasn’t sure of the time frame he was in to make that appearance. When he answered the phone, he was having a good laugh. He said, “You thought you knew something!”

The majority of the auric layers I have felt were smooth or static feeling. I believe the thickness of a doctor’s aura was because of the work he did; perhaps one of his guides strengthened it for him so it could not be penetrated by the thoughts or attachments (cords) of others while he went about his duties.

Holes or tares in the aura will leak energy. I once had a hole in my throat chakra, and it felt like a strange sore throat. Nothing I did would get rid of it felt like it was on the side of my throat about an inch outside of my physical body. It felt weird. After experiencing it without relief for eight days, a friendly high priestess repaired it in around two to three minutes. She looked at the area carefully and used her hand to seal it up .It remains intact. That was five years ago.

A healer scanning an aura feels for cold spots, warm spots, frenetic energy, and areas where it feels as if there is no energy at all. These waves of energy direct how to proceed with the healing.

The layers of the subtle bodies interpenetrate and surround each other in successive layers. Each succeeding body is composed of finer substances and higher vibrations than the body that it surrounds.

The energy of the aura can be sensed as a pulsating flow. Negative thought forms and attachments lodge into the auric field causing discomfort, holes, and bodily dysfunctions can create disease. Old thought forms may appear demonic, having a stronger cord of attachment to the human body field.

The personality remains uninformed but might feel as if something is not right. Clairvoyants have the ability to see the anomalies created by the encroaching attachments.

Practice letting things go! Do not get lost in old repeated conversations or miscommunications. The more you think it, discuss it, or ponder it the stronger the attachment. Choose your attachments carefully since you do have to live with them. Do not gossip, for it can be very bad for you as the random negativity sticks to you long after the gossip session has ended, and those spoken or unspoken words begin to affect your life.

The Theater of Life introduces a spiritual and psychological perspective of the unseen life forces that encompass each of us. Charlyn shows us real cases to explain these hidden forces in one’s own sphere of existence that can be healed away for the benefit of the individual.

Charlyn Kent is a registered nurse with a bachelor’s degree in science. Charlyn specializes in psychiatry with a focus on the paranormal. As a child, she suffered with asthma and was presented the opportunity of meeting and playing with beings from other dimensions that only she could see and speak with. She developed the ability to leave an unfinished dream on her pillow and pick it up where she left off. In her twenties, she was introduced to a Nigerian priest from the Yorba tribe, with whom she studied the mysteries for ten years. Then came Mahikari, which introduced her to Johrei Fellowship, where she progressed to lay minister. She learned meditation from a Buddah from Burma. After the death of her father, she met Kaballah and became A student in the Modern Mystery School.