The Oneness of It All 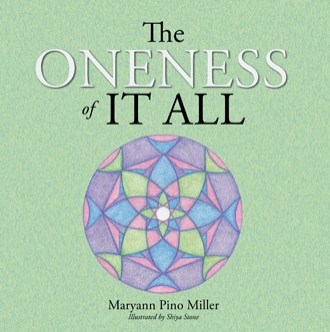 From the very first psychic reading I had – probably in the 70’s – I was told I would write a book. Some even said ‘books’. I usually laughed.

Well, who is laughing now?

In the spring of 2013, Kimara, a gifted psychic medium friend, told me I would write a book ‘now’. She gave me some details about it and a timeline. By this time I had been working with my guides and was channeling in my journal, workshops and hypnosis scripts.

So it was no longer a stretch that I would ‘channel’ a book, which I saw as different from ‘writing’ a book. Channeling took the onus off me. I wasn’t doing it, ‘they’ were. I didn’t have to have the talent; they did.

Being the good Catholic I am, I followed instructions and began making plans to channel a book.

Kimara told me that it would be a ‘dictionary’ of words for the consciousness shift. I found this fascinating. Months before I had begun playing with words as I wrote my affirmations. I wanted to be certain I understood their meaning, or at least what they meant to me. So again, a ‘dictionary’ was not much of a stretch, making me a little more comfortable with this whole writing a book thing.

Then Susan, my business partner and gifted intuitive medium, told me I was to schedule writing time each month and to do it in an environment away from my everyday surrounding, which would be distracting.

My dear friend, Joan, has a home at the shore, and graciously offered it to me. So on April 23, 2013 I began. The title given to me was Go Fish. It made no sense to me at the time but I wasn’t about to argue.

As I was channeling, I realized it was not a dictionary in the conventional sense. The words are treated as concepts put into a new perspective.

The other thing I realized was that I was being given opportunities to experience the concepts and words in my personal and professional life, giving the information validation.

During a meditation, I was told a gifted intuitive and teaching artist friend, Shiya Stone, would provide channeled artwork for the book. She received the same message. We were told the words and the art would carry the energy of the concepts.

I wrote each month for five months. Then nothing until February 2014. In addition to not working on the book, I also wasn’t doing any personal journaling. It worked for a while, but then, my guides began gently nudging me to write when I took my ‘quiet time’.

Finally I was guided to put closure to a situation in my personal life by writing a letter, and then surrendering.

The next day my guides told me to open the book, I did, asking what we were to write about…the answer was Surrender.

When the session ended, they told me this book was finished.

As Spirit would have it, on June 23, 2015, a few days before submitting this manuscript, I was given its title…The Oneness of It All.

This document is entitled Go Fish. It will be revealed as time goes on the purpose and use of this document; suffice it to say it will be a powerful document for all who read it. It is not to be read as a book but used as a reference. It will present the new vocabulary for the coming age. Words are to take on new meaning, new understanding so that there is better communication, better understanding among people.

It will seem strange at first as it will be common words but they now have new meaning…meaning that takes them to a higher level, higher for the growth of the entity and the planet.

This is a new age, Age of Oneness, and requires a new vocabulary. As people speak with each other, they will know with whom they are speaking…at what level the entity is. There is nothing good or bad about the levels. It is an awareness knowing the vocabulary will accelerate the growth to another level.

Suffice it to say, there will be growing pains. As with all new learning, there is a progression. There will be times of misunderstanding, of confusion, of being overwhelmed, but it is all part of the process. Life is a journey. Learning is a journey.

As time goes on, the learning becomes more and more clear. This is because energy is heightened around the learning. New understanding about energy will take place as well. More and more people will learn how to use energy for growth, for healing, for manifesting, for existence, in place of chemicals and other means of mental machinations that have side effects detrimental not only to self but to the group.

And so we begin.

One comes into the earth at a certain level. This level serves two purposes. One is for the entity itself while the other is for the group consciousness. 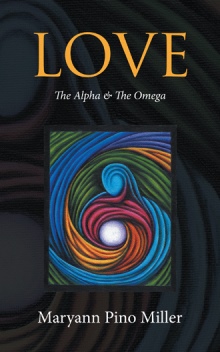 Do you listen to yourself? Do you hear the words that come out of your mouth? You might want to pay closer attention. Words have power. We create our world with our words, regardless of whether we think or speak them.

And now, we have entered a new age that requires a new vocabulary.

In The Oneness of It All, we learn the new vocabulary for the Age of Oneness and the energy that lifts and supports it. Everything is energy—the written and spoken word, art, music, feelings. The words, mandalas, and cover art contained within The Oneness of It All carry the energy of concepts that lift our planetary energy to the level needed for the Age of Oneness.

Words included in The Oneness of It All are familiar words, such as:

But they have been given new meanings, which bring them to a higher level for our growth and the planet’s. As we contemplate the higher meaning of these words, our energy shifts to a higher state of consciousness and being-ness on the planet.

Maryann Pino Miller, M.Ed, is a spiritual teacher and awareness coach. Along with being a Heal Your Life® teacher and Reiki II practitioner, she is certified in hypnosis, past-life exploration, and emotion code. Her business, Consciously Living, is in Medford, New Jersey.