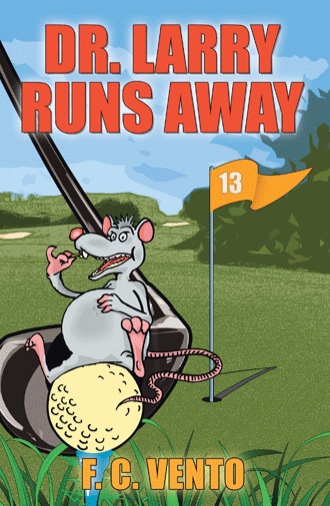 Doctor Larry Levine, was from South Central, Vienna, where he had studied at the Royal Academy of Turkmenistan before moving to Chad, when he was dismissed from the academy, after several failed attempts to spell Turkmenistan correctly.

His name at the time was George Grobul.

He opened a spooky lab in the craggy, hill section of the town, where he became an amateur heart designer in his spare time, after accidentally creating the "Double Bulb Heart," that beat in three-quarter-time.

The sale of this invention provided him with a nice income for his future.

He had no local practice, so that gave him twenty-four hours a day, minus eating time, and bathroom visits, for his work.

George made sure that he was free every afternoon to stand by his window when the sun was going down, to look at dried blood specimens and tibia tidbits from the collected samples in his lab.
His daily activities were shared with his roommates: furry, fat friends that occupied most of his floor space.

George ignored that activity, and gathered his homegrown samples, while Vienna UPS delivered the rest.

He did get tired of the constant smell of rat crap in his home lab, and his first thoughts of going to America began to infest his thinking.

He took a meeting with himself and said, “I’m bigger than this jaded existence: there’s a new world out there, and I should go out and find it.”

Dr. Larry Runs Away is a study of a love-hate relationship with a scruffy would-be doctor and his live-in rats, as they enjoy life together in a run-down lab in Vienna. The doctor escapes to America, where he spends time on the beach in Malibu. One day, he travels to Pebble Beach and unexpectedly finds his destiny.

Frank Charles Vento was born in Boston Mass., and grew up in Arlington, Mass.
He graduated from Arlington High School after becoming involved with the Arlington H.S., dramatic club.
He co-wrote and starred in the senior school production, “We don’t Care.”
He served on active duty for two years with the Navy Air Corps Reserve during the Korean War, before attending Leland Powers School of Radio, Television, and Theater, in Boston.
He became a production engineer at Boston’s WGBH-TV Where he was a cameraman, and later, Lighting Director, before he moved to New York City.
There, he worked as a free-lance engineer with MGM Telestudios, and Sports Network.
In 1971 he became a staff engineer with ABC-TV, and was one of the original cameramen on the daytime serial “Dark Shadows,”
Later, when “Shadows” was ending he was transferred to “All My Children,” where his photo appeared in the book, “All Her Children.”
He moved to Los Angeles with ABC, and was a boom operator on the prize-winning program, “General Hospital,” when it won the Emmy for “Best daytime show.”
He retired from ABC in 1999, and wrote several screenplays: one of them, “A Greek Tragedy In Rome,” was considered for production, but not filmed.
He wrote “Dr Larry Runs Away” as his second novel, after finishing a book about oil greed, and White House politics, called “Big Dickie.”
He is a resident of Burbank, CA, where he enjoys life with his many friends who are fellow retirees from ABC.