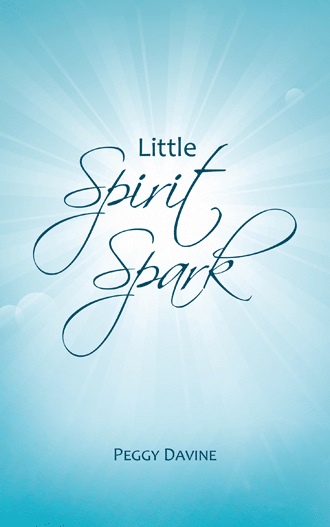 Once upon a time long, long ago, there lived a Little Spirit Spark. He was a newly born Spark from the Creator of All That Is. He knew himself as an individual “I AM” consciousness--free to create as his Creator did.

He lived in a land of Boundless Splendor and Infinite Light. The atmosphere was alive with the sounds of creation. Shining Angels and Archangels of all colors and hues radiated their own special quality given them by the Creator of All That Is. Ascended Masters shone with the dignity of a Christ. Mighty Elohim and beautiful Devas and elementals were creating Planets and Stars and moving the Cosmos.

Mighty Seraphim passed by, their great Light spreading out behind them like a fan and looking very much like a shooting star. Wherever they appeared, glorious music could be heard.

Everyone could travel safely to other planets, universes, and galaxies when the Cosmic Highways were open. This was a joyous time of friends meeting friends as they passed one another on their way to explore more of the Creator’s Land of Boundless Splendor and Infinite Light. Always there was music, beauty, and perfection. Little Spirit Spark made sure he returned to his starting point before the Cosmic Highways were closed.

He enjoyed being an individual “I AM” conscious Being. He could flit about and investigate anything that caught his attention. He was doing just that when his attention was drawn to a beautiful Deva poised gracefully above a newly formed planet. She was adding the final touches to make it beautiful for Light Beings wishing to use the planet to develop and expand the use of their individual powers of creation.

Suddenly, he felt a desire to create something beautiful of his own. So calling his “I AM” Presence to guide his thought and feeling, he created an exact copy of one of the Deva’s flame flowers.

Slowly he began to create his own flame flowers; then, tiny cherubim and small temples. To his delight, the more he used his “I AM” consciousness, the more confident he became. Everything he created was perfect for all he saw was perfect. He began to send his creations out into his world.

The more he created, the stronger his Spark became. As his Spark developed into a powerful flame, its Light expanded all around him. When his flame became still and calm and unwavering, its Light expanded even more. He was developing into a strong Being of Light. From the very beginning of his birth as an “I AM” conscious Being, all his experiences in the realms of Light were recorded in his Causal Body. All the Good he created was there for all to see.

Nobody knows how long he stayed in this blissful state for in the Land of Boundless Splendor and Infinite Light there is no such thing as time.

Many have chosen to always live in this realm of perfection. But Little Spirit Spark was one of the brave spirits who wanted to experiment with Life in its fullness. He wished to develop greater dexterity in drawing the powers of creation through his thought and feeling centers. As he became conscious of this desire, immediately stretched out before him were seven magnificent and perfect Spheres. In each Sphere the vibration of the electronic building substance became slower. The slower the electronic substance, the more effort it took to make perfect creations.

This was just what Little Spirit Spark wished to experience. Other Spirit Sparks also wished to expand their experiment with Life, and so together they slowly entered into the first Sphere of Light.

We meet Little Spirit Spark when he is newly born in the Land of Boundless Splendor and Infinite Light and follow him as he develops into a strong Being of Light. We watch as he goes through the training necessary to embody on a planet. Only the strongest Spirit Sparks actually embody. Little Spirit Spark finds it an exciting and rewarding way to expand the borders of the Creator’s Light. He goes to many planets in many solar systems and galaxies. Life on each planet is different but perfect. All is peaceful and harmonious and follows the purpose given by the Creator of all that is. However, when the great Fiat goes out for everyone to begin the journey back to the Creator, there is one small planet that is not ready. It cannot return to the higher realms of Light for it has not fulfilled its purpose. All the love of the cosmos responds with offers to help awaken this wayward planet. Little Spirit Spark is one of those chosen to take the message of Truth to this Dark Star. His destination? Earth.

The author is a teacher who has traveled extensively in the US, Europe, and South America. Searching for the meaning of life for most of this lifetime, there were questions education and religion did not answer. A sincere search for truth, fueled by a deep knowing within, was rewarded.