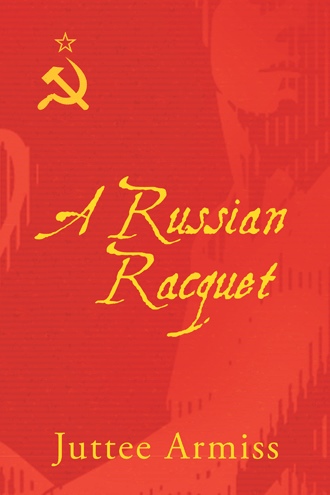 Natasha had a further discussion with Bob after which she took a flight to New York and then to Amsterdam, a city she had never been to before. Bob had given her the lowdown on all the requirements she needed to know and the hotel which was the closest to the air cargo terminal. He also told her that Sergei would be with her so she was well covered. As she checked in for her flight, Natasha was having doubts. Doubts that Sergei would want anything to do with her after their departure from Paris. His attitude would probably have changed but she guessed he could be wanting sex again so possibly he would be highly tuned to be nice and personable. He also might be an R.Sole. As she landed at Schipol airport in Amsterdam, her nerves again began to heighten. She knew she just had to wait till the cargo aircraft landed and she got on board that she could assess how things would be. At the hotel she phoned the cargo handler and received all the information she needed. In the afternoon, she would make her way to the cargo terminal, pickup her pass to allow her to be airside and able to board the aircraft. To fill in time she watched TV, drank copious amounts of coffee and watched more TV. Her nerves were now highly strung on caffeine but it was time to move. At the air cargo terminal and picking up her pass, the cargo handler took her out to the aircraft. She stood on the tarmac till the engineer had the stairs put to the entry door of the 747 cargo aircraft and up she went. As she entered the aircraft she turned to her right and entered the cargo hold where all the pallets were stored. She looked at the pallets and began ticking off the numbers she had on the manifest that was in her hand. While her eyes were looking for numbers, she used her peripheral vision to look for Sergei. She now had the idea in her head that he wasn’t that keen to see her otherwise he would have been at the door to meet her. All of a sudden she saw the outline of his frame as he came up towards the front of the aircraft. As he got close to her she smiled, “Hi Sergei, how are you?” He didn’t say a word but just put another copy of the manifest on her clipboard. “Are all our pallets in this location?” she asked Sergei. “You have got the manifest so look for them,” came his rude and aggressive reply. “I work for a company that pays your company to fly our cargo and tranship it to its destination. Whatever you think of me, you are obligated to assist with the tranship.” “I am assisting with the tranship. Are you being a bitch because I don’t want to spread your legs?” “Sergei, sex is the last thing I want. You got me pregnant last time if you really must know.” “No, I don’t want to know. That’s your problem not mine.” “Oh I see. You obviously didn’t have a mother or father. It’s amazing what they were able to do with afterbirth forty years ago but failed to give it a brain.” Sergei looked at her quizzically because he didn’t understand what she had said. Perhaps that was fortunate for Nat as she was speaking in English and not her native Russian tongue.

It is the mid-1970s in Leningrad, Soviet Union, as six-year-old Alexey Dimitriov plays in Gorky Park with his friends. After two British tourists finish their tennis game, they spontaneously give the racquets and balls to Alexey, who can hardly wait to learn more about tennis. As he heads home with his new gifts, Alexey has no idea his life is about to change forever.

As Alexey continues on his coming-of-age journey, he develops a passion for tennis and eventually becomes the Soviet Union’s number one player. After he redesigns a tennis racquet that gives him a greater advantage on the court, an American entrepreneur offers him the chance of a lifetime: to train at his Las Vegas ranch to become the number one player in the world. But first he must smuggle his parents out of the Soviet Union, a decision that will lead his mother, Natasha, on a journey she could have never imagined.

A Russian Racquet is the story of a Russian tennis player and his immigration to America where both he and his family open the door to a new chapter filled with accolades, adventure, and danger.