The ADVENTURES of Flat Cat 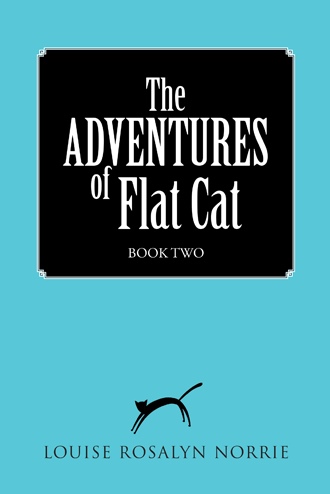 THE ADVENTURES OF FLAT CAT

Flat Cat and the Pack now know the reason why the Enchanted Forest is special. A secret cave, which contains a magical power, lies beneath it. The power is a sparkling dust, known as the ‘Light’ and it lies upon the walls of the cave. Meaningful or necessary wishes can be granted beneath the Light to one who is honourable. An ancient gold medallion, containing the blue crystal of the Light, along with an old bamboo cane were also found inside the secret cave and used by the late Master Ming.

Many years earlier, the late Master had discovered the secret cave by following a map, which had been handed down through generations and passed onto him. He called the power, “the magic of the forest” and used it to protect all who lived there. He renamed the forest, “The Enchanted Forest” and became the respected Master.

After Flat Cat became the Master of the Enchanted Forest, he discovered that the late Master Ming lived on in spirit inside the secret cave. He also discovered he could be reached through the medallion of the Light. With the Master’s permission, Flat Cat shared the secret of the forest with his pack of best friends. By exploring the cave, they found out that it was called the “Cave of Honour”. They discovered a Great Spirit Master named Abdullah, originally discovered the magical power inside a crystal rock, which fell from the sky centuries before. He believed it came from a world of peace and goodness. They found out that he transported the Light, along with the ancient medallion into their Cave of Honour and three other caves. They also found out the purpose of the Light and Abdullah’s mission. It was to make positive changes through wishes to help those deserving.

A special day is arriving and there is a matter that requires Flat Cat’s full attention. It will be the first anniversary of Master Ming’s passing. A meeting of tribute to the late Master will be held by Flat Cat.

From that day forward, Flat Cat will find out something unusual has been happening inside the forest. A mystery unfolds leading to a new adventure, as Flat Cat and the Pack discover their forest is also home to others whom he and the Pack were never aware of. 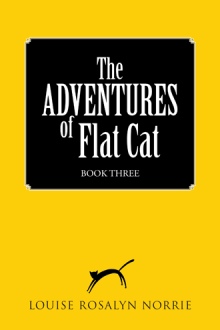 The Adventures of Flat Cat—Book Two

In this two part adventure book, you will again enter the magical world of Flat Cat and his pack of friends.

Part one takes place inside the Enchanted Forest, where Flat Cat learns that strange and dishonest behaviour has been happening. He and the Pack will discover their forest is also home to three mysterious characters that hide in the light of day and roam throughout the forest at night. Flat Cat suspects they are the ones responsible for the dishonest behaviour.

Louise Rosalyn Norrie lives in Courtice, Ontario Canada. She is a single mother and grandmother who enjoys writing fictional stories as a hobby. The Adventures of Flat Cat – BOOK TWO is the sequel in an ongoing series. These fictional stories interact between human and animal characters and combine mystery and magic into a learning experience. They result in positive outcomes while promoting good moral behaviour.