From Brawn to Brains 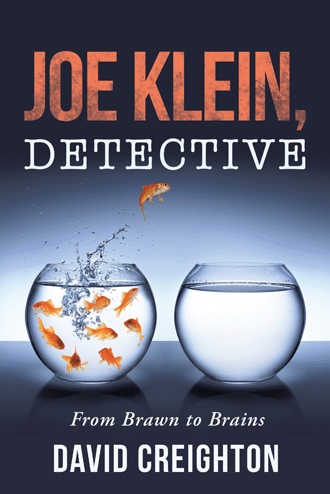 Based on the number of detective shows on TV, it appears that many people are fascinated by murder. Joe Klein, Detective is a compilation of short stories showing Joe Klein’s progress from rough-and-tumble SWAT team member to becoming a paraplegic and evolving into a thinking detective.

Each of the murders, or the method Joe uses to solve the murder, is different. He’s aided in several stories by his live-in girlfriend, Claire, a professor of antiquities and ancient history at Fresno State. A number of the stories start out with no discernible clue, but either Joe or Claire finds a way. Sometimes based on logic and dogged police work, others, recent discoveries in biology and science.

Most of the stories concentrate more on the solution to the crime than they do on the crime’s commission. Even though this is an anthology of short stories, you can see the characters develop as the stories progress.

David Creighton was a management consultant and commercial pilot for forty years before retiring in 2002. Since then, he has written more than three hundred short stories. He’s had one memoir story published in Country magazine and read four fiction short stories on KVPR’s Valley Writers Read, Fresno’s PBS station.