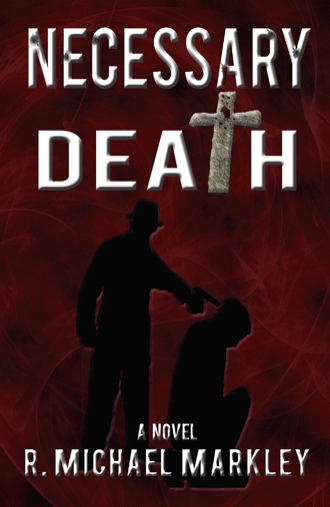 Steve pressed the barrel of the gun to the back of Rhino’s head. His arm twitched. He had never killed before. This would be his first. The fact that Rhino had been his mentor, and had been like a father to him didn’t make it any easier. It seemed impossible to pull the trigger. Did he really want to taint his life with murder? The thick muscles of Rhino’s neck and wide shoulders tensed. Would a single bullet truly collapse such a stocky man? Yes. Yes it would. No matter how big Rhino was, it wouldn’t stop the bullet from sending him face first onto the chilled concrete floor. Steve sniffed. The stale air carried a musty odor. Dampness hung around him. Oil and bloodstains splattered the floor. Cobwebs filled the corners and rafters while dust collected everywhere. Spiders lay their traps to catch their next victim. The irony flirted with Steve’s thoughts, but there was nothing humorous in the old garage tonight. “You are responsible for the horror and the brutality that is legendary for this old garage,” Steve said. “What has happen here is all in the past, but unfortunately for you the past has returned. Don’t take it personally, its just business.” He pulled the trigger. The shot resounded and the vibration shook the dust from its resting place. Rhino fell forward and landed with a thud. The shot was louder than Steve had expected. Maybe it was the empty garage or maybe he was more scared and nervous than he had thought. The bullet’s impact splattered skull fragments and brain matter. Something slide down Steve’s cheek and he wiped it off with his left hand. Rhino’s big bad lifeless body looked like a pile of— Shouting came from outside. Steve raised his .45 semi-automatic. Kevin opened the door. “You did it?” Kevin stood an even five foot and his small stature made him seem incapable of doing the job he was recommend to help do. His jet-black hair and brown eyes made him look even younger than the twenty-five years his driver license said he was. He could never stand still and was always rocking back and forth. It drove Steve crazy. “What do you think? Didn’t you hear the shot?” Steve responded abruptly. “You need to shut up and relax!” “I thought maybe you would scare him a little, make him beg for his life. You know, like in the movies.” Kevin circled around the body on the floor, checking out the legend they used to call Rhino. This wasn’t the movies, and it wasn’t Hollywood either. This was real. As Steve cleaned the gun and Kevin wrapped the body up in plastic, Steve’s mind went back to his last words to Rhino. Couldn’t he have thought of something more creative? He tried to shake the thought from his mind. This was not the mafia, or the mob. This was not the way things were done anymore, but Rhino changed all that. Again Steve thought, maybe the past has returned. Titan wanted Rhino dead. But Michael, Rhino’s brother, ran Titan like the mob. There was the omerta—the code of silence. The old saying, once in, you’re in for life—no turning back. And of course family first. You never turn your back on your family. Well, when word of this got out, the game would change. What had Steve just gotten himself into? They killed only to protect. In the early days, they used intimidation and threats. Physical threats. That’s why they kept the garage. But Rhino took care of that side. Only Rhino. “Hurry up,” Steve commanded. In the middle of their clean up, feet crushed gravel outside and someone made a shushing sound from the other side of the wall. Steve and Kevin darted to the secret crawlspace. Once inside, Kevin hissed, “Don’t forget to pull the drawstring.” “Shut up will you? I’m not a fool.” Steve pulled the rope and a load of dirt dropped from the floor rafters and filled the crawlspace. Now if someone found the trap door and opened it, they would see only a bunch of dirt. They followed the dark and chilly underground tunnel. Steve crawled behind Kevin, spitting out the kicked up dirt. The tunnel was filled with cobwebs. ‘Where is this leading us to?” Kevin wiped cobwebs off his face. “It will take us to an old junkyard that has a shanty disguised like a boiler. It gives the impression that it’s uninhabitable. The rule is we need to stay there for twenty four hours.” “I hate that rule.” Kevin sounded like a child. “Tough, that’s what we’re going to do. Now shut up and move!” They made it to the shanty and settled in. With time on his hands, all Steve could think about was what just transpired. He had seen Rhino’s brother twenty-four hours ago. Did he really just take another man’s life? Then it hit him, they had left the body behind. What would happen now? Who was outside the garage? What would they do when they found the body? When they found out who the victim was, they would wonder who had the power to take the life of such a high profile member of Titan. The more he contemplated about it, the more powerful he felt. I will make a name for myself, he thought. I will be known as the one who took down the great Rhino. His smile grew the more he reflected on it. He was now a killer. No one would touch him. He would have the group on his side. Well, everyone but Rhino’s brother, Michael. Steve started working on his next move.

Steve pressed the barrel of the gun to the back of Rhino’s head. His arm twitched. He had never killed before. This would be his first. The fact that Rhino had been his mentor and had been like a father to him didn’t make it any easier. It seemed impossible to pull the trigger. Did he really want to taint his life with murder? He pulled the trigger!

In the Tradition of The Godfather, Necessary Death takes you inside the seedy and gritty world of Michael Marello, a world filled with corruption, blackmail, revenge, loyalty, deceit, and murder. Sometimes death is necessary in order for Michael Marello’s business to move forward. Titan, Inc., also known as The Marello Empire to local authorities, is where Michael runs his operation. Power and control were his drug of choice. He craved them. Pine Bridge was in his grip, and business was dealt with the way he wanted. He had connections and favors owed by many. When death touches him personally, things begin to change. When loyalty and trust are questioned, Michael goes on the defensive. Forgiveness is sought and begged for. To Michael, forgiveness meant revenge!

Was it corrupt? Sure. Was it illegal? Yes. Did they take care of people with violence or hush money? You bet they did! It kept his enterprise strong, with no cracks. He had solid contacts in all the right places, loyalty from the underlings, and unity in the leadership. Or so he thought.

Mike lives in the Chicago area with his wife, Kristine, on four acres of land. He is a member of The Christian Writer’s Guild and a publisher of his own newsletter. His interest and knowledge of the mafia lifestyle has led him to write his first novel.