Because let’s face it, confidence will make you irresistible, and being sassy is just so much fun! 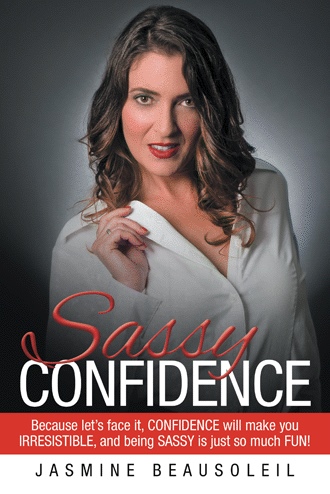 Imagine this: you, yes you; you’re sitting there looking cute in that new outfit you just bought and feeling pretty good, hoping that someone will notice you. Then she walks in. Just one glance and you are jealous and at the same time in admiration. She seems to have it all; the walk that makes her look like she is gliding across the room, the smile on her lips and the light in her eyes that would make even the biggest glacier melt. Confidence just oozes out of her every pore and you know, nothing can stop this woman and no one can resist her. All of a sudden you don’t feel so cute anymore and you have this sinking feeling that you pale in comparison and the urge to go home starts to creep up on you.

Sounds familiar? Has this or a similar situation, ever happen to you? Have you ever caught yourself thinking “That woman is really strong and confident; I wish I was like that”?

Well, you are not alone my friend, millions of women feel like that. After all, early on we are taught to be good, nice little girls. Later, we are taught to be good hard workers or stay at home moms, to be there for our families, to cook, clean, take the kids to the soccer game, have diner ready when our husband comes home, etc. But who teaches us how to be courageous, confident and passionate women? Up until now, no one! You were on your own, but no more. This book contains everything you should have been taught to let your sassy confidence shine all over your world!

Sadly, I have come across women who are almost scared to be confident because they confused confidence, with arrogance. So, before we get ahead of ourselves here, I want to make sure that we are really clear on what being confident really is so that we don’t mistake it for anything else.

First, confidence is not arrogance. Arrogance is thinking and acting like you are better, smarter and more important than others which makes you presumptuous, overbearing and probably insulting too. Confidence, on the other hand is a feeling, or rather I should say the consciousness of one’s own power in any and every circumstance; it is believing that you can act in a right, proper, effective way in order to succeed in anything you put your mind to. It is a state of powerful yet quiet inner certainty that gives you the tools to go where you want and get what you want while regarding others as your equals, because you know that they are as valuable as you are.

Confidence has nothing to do with religious upbringing, ethnicity, education and even less of your weight or appearance. It won’t come around when you lose 10 pounds, get that fancy diploma, get your nose fixed or get that promotion you want. As a matter of fact, it’s the other way around; confidence is what will get you all of those things, (ok, not the nose job but you won’t need it anyway!). And believe it or not, it won’t come from people accepting or praising you, again it’s rather the other way around: people will accept and praise you once you have gained that which they seek for themselves: confidence.

You see people look up to those who have confidence because confidence is strength and power – ie: survival. In Paleolithic times, we were wired to seek and align with those who had the most chance for survival. That meant to look for people who were healthy and strong. Today, survival equals success, so unconsciously we are attracted and want to copy those who look and feel successful, ie: confident. Before you reach such a state of being, you are but a drop of water in the ocean.

But this drop is very powerful, as the following article describes, written in this 1928 article entitled: The power of a drop of water from The Children’s Treasure house.

« As we stand by the side of a silvery lake that seemed so still and silent, or on the bank of a sparkling, trickling stream that "bickers down a valley to join the brimming river," we scarcely realize that in this flowing water in the brooks and rivers of the world lies all the power that the world needs. The glassy pool is so still and the brook that it feeds is so feeble that power would seem to be the last thought that we would associate with them. And yet, as Lord Tennyson knew so well, the stream is working all the time, striving for something that will come to it later.

"With many a curve my banks I fret," says the stream, and slowly but surely it makes its way to the brimming river, slowly but surely the river carves out for itself a bed in the earth, wearing away the softer rocks, until at last, with a triumphant roar, it will dash itself over a cliff with a force that nothing can resist. It has found power.

If we want to say how insignificant a thing is and how little work it can accomplish we usually say it is like "a drop in the ocean." And yet the power in a drop of water is so vast that, added to the power in every other drop, it could do all the work of the world a thousand times over. This is no new discovery, for it has been known from very early times. Solomon had discovered the power of a drop of water when he wrote "A continual dropping weareth away stone." »

Water is very powerful and we are made of about 60% of water. Imagine all those drops working with you towards being more confident. What power you hold!!

Water needs no one to tell it what to do and how to do it, it just does what it does best, that is to be strong. So go ahead, tap into that power add it to the knowledge you will find here and let your sassy confidence come out and shine!

Then there is always a low-down-bummer that I will share with you just because it exists and I don’t want you to think I withheld the information from you, this other definition states that a sassy person is insolent and impertinent. Honestly, this last definition sounds more like arrogance to me, but hey, there you have it: the cake, the icing and an annoying piece of egg shell in your first bite. LOL

I believe that every woman is a wonderful gift to this world and has something magnificent to share, but if you’re anything like some of the women I know and coach, I bet that at some point you might not have felt so highly about yourself. You might have looked around and wanted to be that woman. You know the one I’m talking about. When she walks into a room, it lights up, men stare with desire and curiosity, and women in admiration and envy. She walks and talks like a summer breeze, and she laughs wholeheartedly. She is the woman who can move mountains with the courage and confidence she exhibits, but she can also melt hearts with a simple look and her radiant smile. She is carefree and exudes authenticity with her witty talk and open heart.

What if I told you that you are that woman? Deep inside, hidden beneath the uncertainties that you bear, she is waiting to come out. Sassy Confidence’s unique and fun writing style will show you just how to let her out and shine while having a blast. After all, there is nothing you can’t be, do, or have when you are confident.

Be daring, be bold; read this book—do it for you. You deserve all this and much more!

The world needs more confident women!! Sassy confidence delivers an easy and simple ground-breaking set of exercises that can help you develop your confidence muscle and tap into resources you thought you never had. So if you are ready to feel even better, get this book!

Jasmine Beausoleil is the founder of Sassy Confidence Movement. Raised in a very low-income and violent home, she knows what it takes to have to build your confidence up to get where you want to be. Jasmine now lives a fulfilling life teaching women how to do the same.