Without Inclusivity and Equity, the Catholic Institution Will Quickly Decline 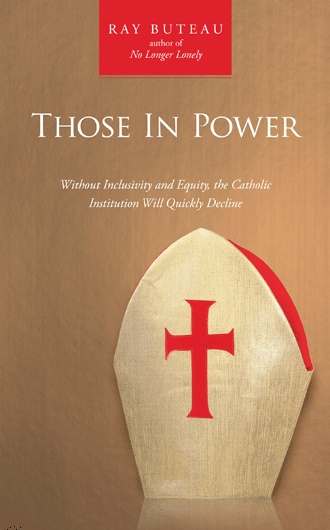 Excerpt from the ‘Preface’

Wednesday, March 13, 2013, had me riveted to saltandlighttv.org and the papal elections. Then at 1:05 p.m. CST, white smoke came out of the famous Sistine Chapel chimney. I quickly phoned my sister, Carole, and blurted: “Turn your television on! A pope has been elected and white smoke is coming out of the chimney.”

… Then the doors opened and the Dean Cardinal came out with the medieval introduction, “Habemus Papam”—“We have a pope”—and then gave the name: Cardinal Jorge Mario Bergoglio!

Along with most people in the square below the balcony, my sister and I said in unison: “Who?” And then, when he gave the pope’s name again, along with the crowd, we repeated, “Who?”

Finally, it was reported that he was the cardinal from Argentina and we were even more surprised since, according to the media, he hadn’t been mentioned during the election as one of the favorites.

Since childhood, I had a spiritual hunger for answers to many beliefs and doctrines that I questioned and found difficult to believe. Instead of being offered answers, I was made to feel that I was just being difficult, contradictory, and somehow unfaithful. I had no difficulty believing in a God, but it was everything that was being said about God that I had difficulty with. I was told that I had to believe all the doctrines for the sake of my soul.

I thought that words such as faith, religion and spirituality were terms for one and the same reality. I had faith in God, and my religion was Christian, though I would say Catholic. I thought of spirituality as prayers, devotions, and worship. In doing these rituals, I believed myself to be a spiritual person.

It’s difficult for some Catholics, practicing or not, to say anything negative about the Catholic Church because many of us were taught from a very young age that the Catholic Church, unlike the Protestant Church, was instituted by Christ himself, and therefore by the will of God. The Catholic Church was referred to as “Mother Church” so to say anything with the slightest tone of inquiry, would be to question the will of God. Hence, many of us accepted everything as fact or, at least, as a mystery. For many Catholics, the institution remains a strong spiritual community in which they live healthy, 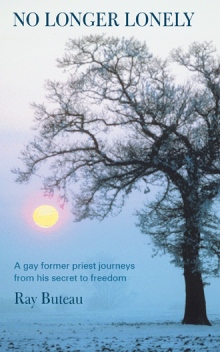 Many of us had lived an experience in the Roman Catholic Institution that we couldn’t find words to articulate—until society created language for the experience of abuse. Abuse was seen as doing something that would inspire fear, but it is a form of control that can be either aggressive or subtle.

The church, like secular society, is in the midst of change. Since New Testament times, there has been a struggle between Gospel values and those of the world. We have to come to terms with a shift from religious authority to spiritual experience. We are now living in a culture of experience.

Many are longing for the recreation of meaningful rituals that would engage more deeply a language of the heart, imagination, and passion. Women and gay priests are uniquely able to contribute to this recreation, but both are being kept in their place and will not be able to contribute fully within the structure and limitations of the Roman Catholic Institution.

As a Roman Catholic priest, Ray Buteau’s pastoral experiences led him to the Arctic Circle, ASL studies at Gallaudet College, and Peace Corps work in Harlem, New York. He served a key role in the establishment of Canada’s first Catholic Bible College, and of course, to parish ministry. Using his year in the Arctic as a guide, he published Inuit: The People of Canada’s Arctic in 1978.

After leaving the priesthood in 2002, Ray developed Warrior of the Rainbow, through which he offered spiritual counseling services in a non-religious context. He is currently retired and continues creative writing in Winnipeg, Manitoba, Canada.