My Spiritual Journey into Christ Consciousness 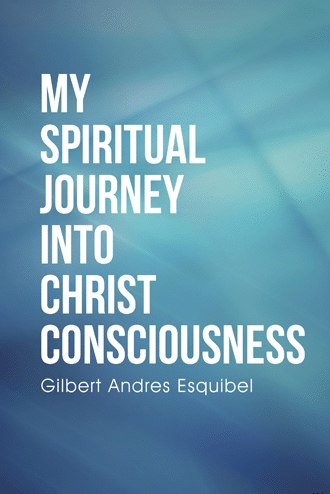 In 1969 the direction of my life changed dramatically because of an experience I had. On a very beautiful spring day I drove up to some hills in northern California to get away from the city and to contemplate my new direction in life. I climbed up to the top of one of the hills and laid down under a tree besides a stream. I was looking up at the sky when all of a sudden a huge vision of Jeshua appeared above me. His arms were to the side with his palms opened. I felt myself leave my body and float up to where Jeshua was and we began to talk. I am not conscious of what was said, except for a comment which he made about my body. When he said this, I looked down and saw my body lying beneath the tree. I don't know how long our conversation lasted before I floated back into my body. When I entered my body a question immediately arose in my mind: "What is God?" The answer from within was immediate and the voice I heard was the most beautiful yet authoritative I had ever heard: "Mind in Space." I will never forget that voice or those words. After a short time I got up and started walking on one of the many paths that marked the hill. As I walked I heard the same inner voice talking to me about the spiritual path. In essence, the voice told me that I would encounter many things on my spiritual journey that would appear to be good and right, but to remain simple and I would reach my destination.

Shortly after that experience I came to the conclusion that I was on earth for a purpose and that I had better get back into the flow of life until that purpose was revealed to me. I signed up to go to college in the summer of 1969. Two weeks before my first day of college I received a pamphlet in the mail from somebody who attended the same high school I did. I did not know the person who sent it very well and so it was interesting that he would send it to me. I don’t even know how he got my mailing address. The pamphlet was about a spiritual group called the Holy Order of MANS. There were also many women in the Order as the term MANS is an acronym for the striving of the members. The Order was started through a revelation from Jeshua to the head of the Order, Father Paul, who was a very highly evolved spiritual master. The main headquarters of the Order was in San Francisco, about 20 minutes from where I was living at the time. The pamphlet intrigued me because the Order's teachings were not based on Western religious doctrine, but had more of an eastern mystical and metaphysical flavor. I wanted to find out more about this Order, so a few days before I was to start college I decided to take a drive to San Francisco and talk to somebody from the Order to find out more about this organization and their purpose.

On my first day in the Order I received a message from Jeshua. He told me to be at peace with myself and to know that the Christ life would manifest in me. These words gave me hope as I endured my first year in the Order which was pure hell. The ego was in full battle mode and did everything in its power to get me to leave. I told a friend, after my first year in the Order, that I would not go through that year again even if they offered me a billion dollars and I was very, very serious. It was that difficult. During that first year, the back of my head, right about where the medulla oblongata is located, felt like it was constantly burning, as if a piece of hot coal was placed there. The top of my head where the crown chakra is located was also continually very hot and uncomfortable. Another interesting physical experience that I had during my first year in the Order was that the soft spot on the top of my head opened up just as it had when I was a baby. It stayed opened for a few months.

The spiritual journey is an experience of the deepest darkest side of ourselves and the highest and most sacred truth of who we are. In this book I have written about my experiences of both which eventually brought me to a state of Christ Consciousness. I have also shared the wisdom I have gained along the way. We are in the most amazing time on earth, a time of mass spiritual awakening along with the evolution of mother earth herself to a higher frequency.

I have written this book with the intention of reaching out to light workers who are still asleep and those who are just waking up. It is critical that all light workers fulfill the mission for which we have come to earth to do in this period of transformation. I accept that this book will be a light on the path for those it is intended to reach. I honor all who are walking this path and making the way easier for those souls who are to follow.

I live in Sedona, Arizona and have been on a spiritual quest for the past 45 years of my life. My whole purpose in life is and has been to prepare my mental, emotional and physical bodies as a vehicle for God to manifest in the world.