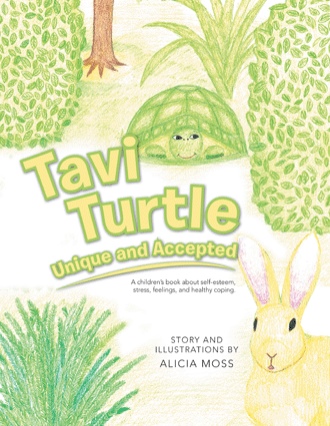 Come along with Tavi Turtle as he wanders into places he has never seen before, and encounters some not-so-friendly peers.

The author is a licensed psychotherapist primarily working with children, adolescents, and their families. A graduate from Santa Clara University, she specializes in issues around self-esteem, trauma, and eating disorders. Alicia Moss lives in the San Francisco Bay Area.