Hope That Changed the World 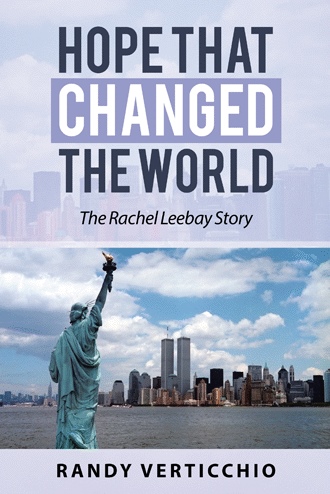 The premise of Hope that Changed the World, is the reverse of Frank Capra’s “It’s a Wonderful Life” as the story line in Capra’s tale is that through interactions with an angel George Bailey learns ‘what the world would have been like without him, if he had never been born.’

Hope is about a young woman, Rachel Leebay, who is troubled by the decision she made to have an abortion. After her abortion Rachel becomes active in the Pro-Life movement in our complex world at the end of the 20th century and in a dream Rachel learns what the world could have been like if she had kept and raised her child. A little girl she would have named HOPE. She sees how her life and all our lives would have been different due to the positive ‘domino effect’ Hope would have had on our world.

Learn how one life can make an immeasurable difference on our world,

read Hope that Changed the World.

Hope That Changed the World is the story of a young woman, Rachel Leebay, and how her life would have been different had she chosen to carry her child to term. The child was a little girl that Rachel would have named Hope. Hope’s life would have caused a positive domino effect that would change Rachel, her family, and our entire country and world.

Discover how one life can have an immeasurable impact on our world.

Read Hope That Changed the World.

Randy Verticchio is a retired educator who taught high school math and was a building level administrator for a total of thirty-five years. Randy worked in six Illinois school districts in Wapella, Farmington, Mt. Sterling, Rock Island, Jacksonville, and Elgin. Randy currently lives with his wife, Diana, in Jacksonville and they have two grown daughters, Jaclyn and Abby.

Randy has been active in the pro-life movement for over twenty years. This is Randy’s first novel.