A Simple Path to Academic Success and Inner Peace 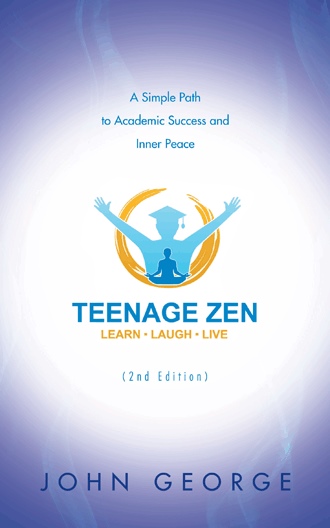 ABOUT THE AUTHOR “You must be the change you wish to see in the world.” —Mahatma Gandhi I promised myself I would never step foot inside a school again once I graduated from high school. However, now I happily spend most of my days in schools. This may give you an indication of the winding road of my life’s journey. Up until I was fourteen years old, I would answer the question, “What do you want to be when you grow up?” with the automatic response, “A doctor or a lawyer.” This wasn’t because I wanted to help sick people or to win legal cases; it was purely what my parents had wanted for me from the moment I could walk. By the time I reached the tenth grade, I was convinced I didn’t want to be a doctor or a lawyer. Feeling lost, I started to be the class clown and focused on playing sports to gain attention from others. I allowed my studies to suffer because I realised that as a boy, you get more respect from fellow mates for excelling at sport rather than doing well in school. Nobody pats you on the back or gives you a hug for doing well in an exam as they would if you scored the winning goal in soccer. I drifted through my last two years of high school with little motivation and graduated with a score well below everyone's expectations. Left with few options, I enrolled at a technical college (TAFE Australia) to study architectural drafting. Almost a year later, I decided to re-sit my Higher School Certificate (HSC) in a one-year pro-gram at TAFE with the goal of getting into a Sports Management degree. Towards the end of the degree, I had a chance meeting with a high profile rugby league manager in Sydney who gave me an insight into what the job involved. After only a brief thirty-minute meeting with him, I realised the sports management career was not for me. After a couple of years of doing odd retail jobs and casual work, my life spiralled into depression and I hit rock-bottom. Fortunately, I decided to get some help and after a couple of months of counselling, I saw hope for myself. I had an epiphany one afternoon while watching my brother play rugby for his high school league. Up until this point, I had coached several junior sports and really enjoyed it. When I saw the coach standing on the sideline coaching the kids, it was in that moment that I knew I was meant to be a teacher. So I decided to teach mathematics as I had tutored a few children in the past and knew I enjoyed it. Upon completing my teaching qualification, I taught for about a year in various local high schools. While I was enjoying it, I felt an urge to see more of the world and ended up following my intuition by going to South Korea to teach English for a year. I then lived in Spain for six months teaching English to business people and backpacking around Europe. After returning to Sydney, I resumed teaching. But later that year, I felt yet another calling to start a tutoring school. My head was telling me to stick with the full-time job and the security it brought, but my heart was telling me to trust the unknown and take a leap of faith; I listened to my heart. After over two years into the tutoring business, a significant shift occurred in my life, leading me to change the way I was teaching and I became an inspired teacher. I tried motivating students at a school I was teaching at in 2010, which was a challenging school to teach at. Usually, at the end of my talks in class, several students would approach me and say, "You should be a motivational speaker!" After hearing this repeatedly I knew I was destined to become a motivational speaker; to teach the strategies and systems written in this book; to inspire students all over Australia and worldwide. I truly feel blessed to work with young people on a daily basis, assisting them in realising their goals and understanding themselves. Teenagers are open to new ideas as they live in a technological world where rapid change is the norm. I am excited to share what I have learned over the past eighteen years in my roles as student, sports coach, youth worker, high school teacher and tutor. Teenage Zen outlines a simple system for academic achievement and overcoming the major roadblocks to study. For those who are ready for change, this book will help transform your life into one filled with purpose, inspiration and inner peace. CHAPTER ONE The Simple Four-step System For Academic Success “Everything should be made as simple as possible, but no simpler.” —Albert Einstein In the coming chapters, I will outline what I have found to be the simplest and most effective way to get the most out of your education. The process begins by asking a few questions. Would you like more marks your next test? Would you like more quality free time at home? Would you like to make more money in the future than you think you are capable of? The common word in each question is “more.” M.O.R.E. is an acronym for the four-step system I have developed to assist young people in getting the most out of their education. Following this system guarantees significant improvement in any subject at school. I have seen some amazing achievements within a short period of time, but as in all cases, how much you improve really depends on the extent to which you follow the system. M.O.R.E is an acronym for Motivated Organised Responsible Exercise (Commitment) 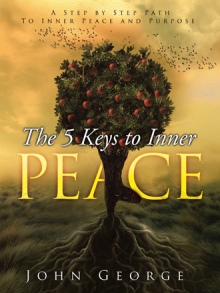 Does your child lack motivation for studying and is easily distracted by new technology?

Do they get frustrated by not knowing how to study effectively?

Do they study but freeze in exams?

In Teenage Zen, Author John George outlines his four-step system to academic success as well as a range of other simple, effective strategies for studying smarter, alleviating exam stress, and understanding what really stops students from learning.

John explains why more teenagers are becoming addicted to video games and the Internet and how to have a balance between work and play.

Teenage Zen also outlines John’s Five Keys to Inner Peace, which provides young people with a simple system for remaining calm and resilient so nobody can push their buttons and they can stay on their path to pursuing their passions.

“This book will leave teenagers with no more excuses why they can’t do well at school. An essential read for parents, students and teachers” – Cathy M. - Teacher, Sydney, Australia

For the past 12 years, John has worked as a high school teacher. He has also done over 8000 hours of tutoring and developed a simple tick-the-box system for academic success. John is also a motivational speaker in high schools and a life coach.