Growing up Hillbilly near Branson, Missouri 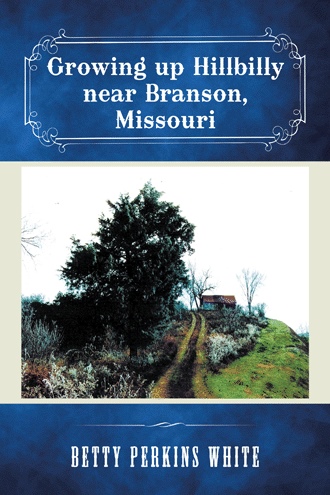 It looked like it might rain later in the day, so Lucy decided to catch the mules and get them hitched to the wagon loaded with ties early. She was alone on this trip into Reeds Spring. She was rarely alone with her thoughts and it felt nice. The early morning air was cool against her face and the birds were all singing their various songs. The air had the smell of rain which her garden needed badly. The beans and peas were making and they needed the rain for this last stage of growth. The clippity-clop of the mules shoes on the rocky Farm to Market road and the jingling of the chains on their harness made a peaceful sound. They felt good this morning and were making good time. Soon, they reached the long hill going down to the road leading into town. It was a bit steep so Lucy applied the foot brake to help hold the wagon back as the mules were having a hard time keeping the wagon from running over them. She must remember to tell the boys to not load it quite so heavy next time she reminded herself. She slowed their pace as they entered town and approached the tie buyer's office. She was early and Dutch Barnhart hadn't opened the office yet. She got down from her buckboard seat to speak to the driver ahead of her. Much to her surprise, it was John Quick, an old friend, and they exchanged their families latest happenings. Soon her wagon was unloaded and she collected the pay for the ties and headed for the store to sell her basket of eggs. When she entered the store she was met by Sarah Emerson, her neighbor. "Have you heard about the book? Cass and Athen are in it!" she exclaimed. Their first names aren't mentioned, but they are the only boys over on James River. It's on the first page of Chapter 8, see!" She gave the book to Lucy opened to the page she was referring to. Sure enough! There it was! It read," .. .I was a-telling' him how that ol' red bull o' mine treed the Perkins boys when they was a 'possum huntin' ." Lucy turned the book to see the name "The Shepherd of the Hills" written by Harold Bell Wright. She didn't recognize the name as anyone she knew. Sarah explained he had come to the hill country back in 1903 and had been living over the other side of Ruth Township with the John Ross family. "He's from Chicago and is a writer. He liked us all so much, he decided to write a book about us. Of course, he changed a lot of our names." Sarah explained then said, "I haven't finished reading the book, but, I'll loan it to you when I'm finished. I'll bring it later." Lucy was surprised to hear about the book. She had graduated the 8th grade and had taught at the Wilson Creek School before her marriage to Bill. Females were not allowed to teach after they married and it saddened her to give up her beloved teaching. But, when love beckoned, she heeded cupid's call. She loved her family dearly and never looked back. She collected the money for her eggs and turned her mules southward toward home. The dark angry clouds had gathered overhead, so she hurried home to tell her family about the book. They were proud that the Perkins name was recorded as part of the area history. Bill had been born into a large family and had not been able to attend school. He could add and subtract. but couldn't read and write. He signed his name with an "X" and someone had to sign as a witness. His grandmother, Phoebe Hembree (1809-1882), signed her name with an "M" which is on her headstone at the Gentry Cemetery at Galena. Lucy decided to read the book to the entire family and they gathered around her under the big oak tree in the front yard. It had been written in the language as it was spoken by the Ozarkian people and was a little hard to read, Eagerness was on their faces as she began to read. She had read until the rain drove them inside. The house was dark from the lack of enough windows, so she lit the kerosene lamp and continued reading. It was time for the evening chores and supper and further reading would have to continue the next day. It was Sunday and the reading continued. Sallie listened with full attention when Sammie was talking with the Shepherd about wanting to be a "sure 'nough lady". Ollie Stewart had gone to the city and had aqsked her to marry him which meant she would have to live in the city too. What if someone from Springfield asked her to marry him. Could she ever learn to be a city lady? The very thought frightened her and she shuddered at the thought. Finally the book ended and Sammy had found love right here in these hills. Bedtime found each member of the family with their own thoughts. Sallie no longer had to worry about leaving her home town and the boys knew they would never grow into a mountain of a man like Young Matt. But, they were strong young men and even as teenagers were working like men. Bill was thinking how wonderful it must be to be able to read books such as this and to think this man had such a gift to write his thoughts into such as book. Lucy was more determined than ever that each of her children would enjoy the world beyond the horizon through learning to read. And, those wishes came to pass.

The story of Growing Up Hillbilly near Branson Missouri takes place less than ten miles from where the book, the Shepherd of The Hills was written and begins during the same year as it was published. This book will further enhance your knowledge about the people that chose to call these hills their home.

Betty Perkins White is a great-grandmother and is the fifth generation from Reeds Spring. She writes from personal experience and knowledge and information from numerous history books about the area. She brings the history of the early 1900’s to life in the form of a novel using her grandparents as the main characters.