A Mother’s Attempt to Process Her Grief 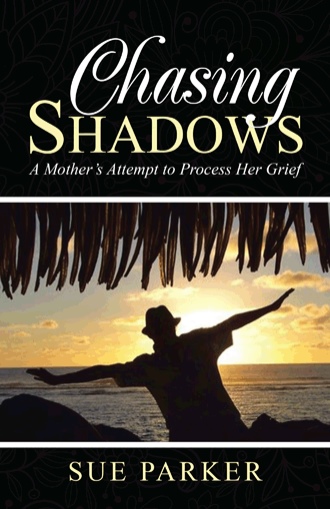 Along with the arrival of 2012 came an unequivocal statement from our youngest son, just short of 17 years, that he wouldn’t live to see 2013. The Mayan calendar ended on 22 December 2012 so consequently he reckoned we were probably all going to die! As the year progressed he grabbed at every opportunity with enormous enthusiasm – a 10 day voyage on the tall ship The Spirit of New Zealand, a family holiday to Thailand, a week’s Scuba Diving Course giving him his first “dive ticket”, the lead-role in his school’s production of “Man of Steel”, his speech asking the school to vote for him as 2013 Head Boy and subsequent designation of this role…… he still insisted that he wasn’t going to see 2013. On the evening of 22 December he stayed awake into the early hours, waiting for the end to come. Around 2.30am he texted his older brother, Francis saying “hey buddy I’m still alive, how about you”? Four days later, 26 December 2012, our youngest son was taken from us in a tragic accident that left us all bereft, heartbroken, in a state of total shock and struggling to survive ourselves. At this stage I feel I have two choices. I can either follow him over a cliff – not a hard thing to do, or I can try to make some sort of sense of the whole hideous thing. This is where my journey begins.

It is often said life is at its cruelest when a parent outlives his or her child. As unnatural as that may seem, many parents find themselves in that position. Whether caused by disease, illness, accident, crime, or suicide, parents can find themselves making funeral arrangements rather than planning a child’s birthday party, graduation, or wedding.

Author Sue Parker knows firsthand what that is like. In Chasing Shadows: A Mother’s Attempt to Process Her Grief, Parker shares her experiences after the death of her youngest child. For much of 2012, Rowan said he wouldn’t live to see 2013. After all, the Mayan calendar ended on December 22, 2012, so he reckoned everyone was going to die. Rather than dwell on the negativity, he grabbed every opportunity with enormous enthusiasm, including a quad bike ride that cost him his life on Boxing Day. Bereft, heartbroken, in a state of total shock, and struggling to survive, Parker felt she had two choices. She could follow him over a cliff or try to make some sense of the tragic turn her family’s lives had taken.

Everyone’s experiences are different, but in Chasing Shadows: A Mother’s Attempt to Process Her Grief, those going through similar circumstances may find help in knowing what to do next…how to go forward. You’ll discover the path forward is not always easy, and there will likely be times when you find yourself wondering, Why bother? Through her experience, Parker shows you can go on, and you should.

Sue Parker relocated to New Zealand from the United Kingdom in 1995, with her husband,Chris; son, Francis; two Golden Retrievers, and Foxy—an aging, grumpy cat. Rowan, a long-awaited, much-loved brother for Francis, arrived in this world in early 1996.