Under a Blue Moon 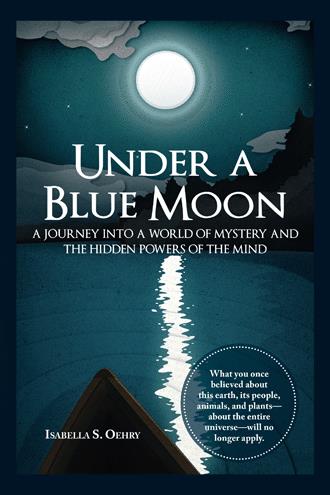 …Once we lit the fire, the flames shot fifteen feet or more into the air, forcing us to step back. While the fire burned down to coals, we spent the next three hours preparing for the big event under the guidance of a skilled leader. The work allowed us to discover what we experienced as our personal limitations or the beliefs that held us back. I was surprised at how many limiting beliefs came to my awareness, some originating back to childhood. I was ready to kick them all.

At one point during the evening, we summarized our limitations into one word and were instructed to write it onto a wooden arrow. On my arrow I wrote the word security. We were then instructed to lean the tail end of the arrow against a wooden picture of Ganesha, a Hindu deity symbolizing the “remover of obstacles.” The other end of the arrow had a rounded metal tip. The tip was to rest directly against our skin at the bottom of our throat where we have that small, soft, and very tender indentation below the thyroid gland. Our arms were to remain by our sides, not touching the arrow. Then with the emotional and vocal support of all participants, we were to take heart and resolutely step forward into the arrow and break it with the sheer pressure from our throat. This daring move was supposed to help us break through our restricting beliefs.

This is something you would imagine only a group of stupidly drunk college freshmen would attempt. All my life my throat has been a particularly sensitive area for me. I cannot endure anyone or anything touching my throat. This sensation is so extreme that I will avoid whenever possible wearing a scarf in the winter, even though our temperatures in Vermont dip way below freezing. All my turtlenecks have zippers so I can immediately free my throat from any contact the moment I have escaped the cold. Humorously I toy with the idea that at some point in one of my previous lives, I was strangled or hanged. (Knowing my inquisitive mind and my quick tongue, I probably suffered both fates.)

Had I not been so eager to shed my limiting beliefs, I would not have been able to even attempt this arrow-breaking business. But I wanted to be free of my limitations more than anything at that moment. I stepped up when it was my turn and tentatively placed the tip of the arrow against the tender spot in my throat. Alarmingly I felt the point of the arrow, sharp and threatening. I had clear images of stepping forward, the arrow penetrating the skin and exiting at the back of my neck, blood squirting everywhere to the horror of all. I could see myself wrecking this wonderful freeing experience for everyone, causing a liability lawsuit for the group leader and being transported to the emergency room with an arrow stuck through my neck. Finally and perhaps worst of all, I would have to explain the whole thing to my incredulous daughter…

…Before Ernie had disappeared into the tent, we had agreed to give the peak of the Grand, which had eluded us by just a few hundred feet, another try the next morning. Sleep, I thought, would be a good start for that endeavor, yet it was not to come. As I lay there, warm, cozy, and ready to doze off, I felt energized and extremely alert. After I had climbed Mount Teewinot a couple of days ago, hauled a huge pack and myself up the grueling trail to the Saddle, and then climbed Enclosure Peak today without any sleep the previous night, I had expected to be pretty close to dead at this point.

I listened to Ernie’s regular and peaceful breathing. Lucky bastard, I thought. I drifted into daydreaming, experiencing our mountain climbs all over again, and I thought about the mystical retreat that was supposed to be somewhere around here. Was it possible that I was camped right on top of it? It was just remarkable how alert and energized I felt at this point of our adventure. I had exhausted myself beyond belief, had gone without sleep and only eaten a little food, yet I was wide awake, a far cry from being tired. Something definitely was affecting me in this place. While I had been hiking to the Lower Saddle the previous day, my eyes had been drawn to a particular section of the Grand Teton Range. I had wondered if it was possibly the area of a secret entrance mentioned in some of the books I had read.

More hours passed without sleep. I stepped outside the tent to watch the night sky and to marvel at the stars, which seemed within arms’ reach. My eyes moved along the outline of the jagged mountaintops, a black massive presence against a deep blue, almost-black sky filled with millions of blinking stars. It was breathtakingly beautiful and somehow invigorating. Standing alone on the Saddle, I felt the same tingling sensation I remembered from the beginning of my journey twelve months ago under the full moon in my canoe. All the little hairs on my body, now covered by many layers of warm clothing, reached out like antennas as if they were searching for a signal. As I stood there under the night sky, I asked to be allowed to visit the Royal Teton Retreat, to enter, so that I, too, could learn from the masters. After a little while of breathing in the beautiful night scenery around me, I crawled back into my sleeping bag to give sleep another try.

And then it happened… 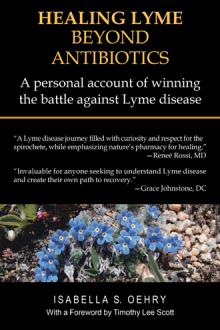 In this extraordinary adventure, spiked with humor and insight, Isa Oehry documents a journey that began innocently under the golden light of a full moon. Mysteriously nourished, enriched, and highly energized by an unknown force under nothing but a moon surrounded by thousands of stars, she felt a prompting, inviting her to a destination yet unknown, to a hidden world concealing ancient wisdom. She spontaneously decided to set out to find it. Her search led her into a world where people, according to the laws of science, have no right to be alive. Her eyes were opened to previously unknown and what at first sight appear as unbelievable truths. Understandings about this earth, its people, animals and plants—the entire universe—suddenly no longer applied. Although it was Isa Oehry who was the one to walk this extraordinary journey and experience the adventures, the insights are meant for all of us. This true story inspires us to look beyond the obvious, and keep our minds and hearts open for the unseen and previously unheard. It forever changes how we view the world we live in.

Isabella S. Oehry was born and raised in the small European country sandwiched between Austria and Switzerland, the Principality of Liechtenstein. After an education in business, Oehry traveled extensively and eventually settled in Vermont. She continued her education and earned a degree in management information systems. But her strong interests in the mystery of the human mind and man’s untapped potential prompted her to pursue an advanced degree in psychology with a specialization in clinical mental health. For more information you can visit her website at www.isaoehry.com.