A Journey of the Soul 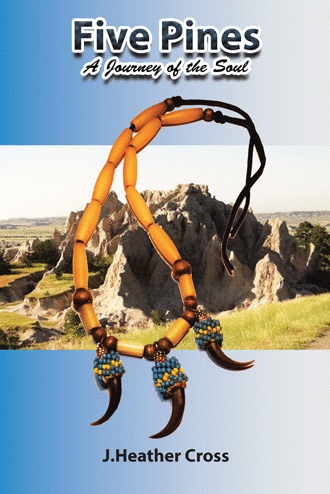 I figured that since I was already freezing, I might as well wash up a bit, and, reaching into the fall, redirected a thin, stinging stream of freezing water down my body for a quick rinse of the ol’ naughty bits. I had enough half-dried semen on my thighs to impregnate a small town, men included. My fingers went numb almost instantly, and, well, I’d somehow forgotten that the icy water would trickle down my legs and into my socks.

His voice was amused and curious. “What are you doing?”

“Why?” he insisted, baffled.

Well, I’d gotten the worst of it off. While I could still sense that I had fingers I scrubbed myself dry with the tail of the rough wool shirt, making the skin of my thighs tingle harshly, and scampered as quickly as I could back to Jacob. As I approached he said, “Lose the shirt,” and held up the edge of the blanket pile. I slipped the shirt off, shivering more violently as my damp, naked skin hit the clammy, frigid air, then dropped to my knees on the dense mat, diving down and snuggling in against him.

“Ahhh,” I sighed as he enveloped me against the warmth of his body. He took the shock of my icy limbs without complaint; for a few minutes he trapped my shivering hands under his armpits and just held them there, chuckling and shaking his head as I sighed with relief.

As I grew warmer, his arms wrapped around me and his lips began to survey my face, flutter across my eyelids, trail down my throat, and capture my ear. The scent of his body was strong this morning in our little nest, mingled with the slightly oily scent of the wool and the sharp tang of spilled seed. I could even smell my own ripe, musky female fragrance adding to the blended perfume of our bodies. It smelled wonderful.

His lips found my mouth and deepened his exploration of me, the light bristle of whiskers on his chin tickling my face. I found the hardness of him with my hands and hooked a leg over his hip, guiding the tip of his manhood into the seat of my desire. He rolled onto me, slid into me, opening me like a plough opens the rich earth, and my hips rose to meet him.

Then I felt it. As he moved within me, a new sensation was arising. A soft buzzing energy was pulsing in a soft, figure-eight between his hips and mine. It pulsed in counterpoint to our physical bodies; when he would withdraw from me, it would constrict, pulling inwards; when he would thrust forward, it would relax and expand. He was holding my face in his hand and I felt his forefinger lift from my temple. His movements slowed slightly, and his tongue withdrew as he raised his mouth from mine.

“Do you feel that?” he whispered.

“Uh huh,” I smiled. “It’s our kundalini again. Yours has turned on.” The sensation was intensifying gradually, the feeling growing sharper and more stimulating as it churned between our bodies. “And you can draw it upwards, too; here—give me your mouth.”

He brought his parted lips back down to mine and I stroked my tongue across the sensitive energy centers behind his teeth and in the soft palate of his mouth, calling to the kundalini. In response, a second looping coil of buzziness expanded from his tailbone and raced up his spine, arcing across the gap from his mouth to mine with a pleasantly tingling sensation.

He drew a quick breath, his head rearing back. “Can I do it to you?”

I shrugged, “Try.” He was a quick study, my man. He mimicked my oral incursions perfectly, and—I’m sure without knowing consciously what he was doing, his intuition as strong and sure as another’s careful study—called with his energy to my kundalini, summoning it upwards. The sensation was different in my female body, the transfer of energy feeling less like electricity to me and more like carbonation.

The light in our cave was definitely growing brighter, the wavy, distorted image of the moon hanging like a shivering spotlight in the falling curtain of water. He raised his head from mine and I giggled at the look on his face; fascinated, intense, aroused; his shaft continuing to slip into me as the energy built and pulsed, his hand dropping to my breast. I felt a thread of kundalini obligingly follow his touch and coil at my nipple.

And this time our roving tongues met and twined with new purpose. Like a complex 15th-century dance at the French court, the new energies flowing through us in counterpoint and syncopation while our bodies provided the beat and set the time. He was a natural and I let him lead, his highly-developed intuitive sense finding the pulse-points in my mouth and drawing sizzling coils of energy through my body and into his. Wherever he touched I drew energy to also, balancing the linked lines of energy that he was calling up in me in his body as well.

Although it had begun as a quiet, tickling thread, it didn’t stay quiet for long. The sensations rose and danced, leaping and vibrating between us; quickly multiplying and compounding until soon it wasn’t just an enhanced sensation of sexual pleasure we were feeling any more, it was as though we had tapped into the generative forces of the universe, channeling the energy that creates worlds through our hips, pouring that energy into the other and receiving it back like a rip tide. Pounding, swelling, it built, and continued to build, the massive flow of energy rocking over us and through us.

My climax, when it came, was almost overwhelming. Not a short surge of throbbing pleasure, this time, but a tidal wave, rolling in and over everything; swamping me; submerging me beneath miles of glorious, hot ecstasy. I literally saw stars, clinging to him and to consciousness, unable to breathe. Instead of a gentle loop of energy, the kundalini now flashed back and forth between our bodies in a bursting double pulse, like two suns exchanging space while going nova.

I was vaguely aware that he was in similar straits, his head thrown back, gasping, his seed pouring into me in a single, long pulsation of release, his arms wrapped around me as though clinging to reality. It felt as though it would go on forever; that I would die, right here, like this, in his arms; but then gradually the intensity began to subside, the deep waters receded, and when I found myself in the detritus, all that was left was the slight buzzing sensation, looping between our hips in a gently oscillating figure-eight.

Jacob lay absolutely still on top of me, limp; dark eyes half-closed, his weight heavy and dense, his black hair spilling over us like a cloak. He felt wonderful on me, like my anchor to the earth.

I smiled, opening my mouth to make a joke, but before I could speak, the setting moon hit the horizon and the wall of water in front of us burst into soft, golden flame. Delicate dancing lights, cream-colored, blues and golds, glittered along the wall as the Sun reflected from the Moon into our sanctuary, lit his face, and was mirrored in his eyes. The light gathered in the big ruby on my left hand, giving it a soft, wine-red aura.

He turned his head and looked at the glistening cascade, and then his eyes came back to mine, filled with wonder. “Woman,” he said again, “You are powerful medicine.”

My smile felt huge on my face, my sense of the world expanded. “I didn’t do that alone, love,” I whispered above the thrumming of the water. “We are powerful medicine.”

Imagine what your world would be like if you could see the hidden events of other people’s experiences as easily as you recall your own. Imagine being able to remember past lives with people you’ve just met. Imagine being able to feel their emotions, hear every unkind thought, feel every moment of deceit, know every lie… Imagine being able to perceive the swirling energies of life as powerfully as a physical blow, yet be able to heal others with a focused touch.

Imagine how it could consume you. How easily this double-edged ‘gift’ of sensitivity could shape you; disrupting friendships and alienating lovers; turning you inwards to seek a fragile balance.

Imagine how difficult it could be. How lonely. How dark.

Now imagine falling in love in a tumultuous chaos of wealth, poverty, Spiritual purity, magic, life, death, betrayal and corporate intrigue, nestled in the heart of a Native American family on the South Dakota prairie. Imagine hot nights of wildly transformational sex, where spirit and body seek union with a total disregard for social convention; knowing only the blinding, carnal need to reach for more…

A life-altering account of love, metaphysical wisdom, transformation and loss based on the true life experiences of one such woman.

J. Heather Cross was born a full-blown empathic psychic; which, she says, “sounds far more enviable than it lives.” While others sought to learn to turn their skills, “on,” she trained for years to turn hers off. A clairvoyant counselor, meditation teacher, crystal and energy healer for thirty years, in Five Pines she has finally conceded to her students’ demands that she “write some of this wacky stuff down.”