A Story Based on True Events 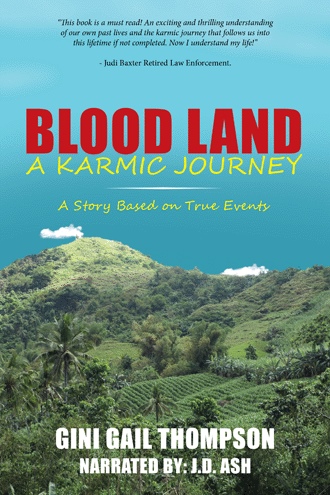 As an attorney for the past several decades, I can honestly say that I have seen and heard a lot. I have met many interesting people and have been in several bizarre situations that have taken me across the globe. Until now, I have never been compelled to sit down and actually write one of my "stories." So, why did I choose this one? Or rather, I should I say, why did this story choose me? One might say that this is a story about an attorney and client; a man and a woman; love and romance; lies and deception; ego and arrogance; peace and violence. But, as events of this story unfolded over an approximate two year period, I soon learned it was truly a story about good and evil. A story involving both the natural and supernatural planes. A story of how those planes intertwined, weaving a most bizarre tale on the natural, or Earth, plane while, at the same time, bringing me closer to my essence as a spiritual being and adding to my awareness of karma and past life phenomena on the supernatural level. As a student of human behavior, I have come to appreciate the fact that there is more to this life than what meets the eye and that there can be many possible explanations for why things occur. Some of these explanations involve the realm of metaphysics, past lives, and the occult. Now, I am not saying that these possible explanations have any basis in fact, but they can give insight into the whys for many events that occur in this life time. For example, why is it that when we meet some people we are immediately drawn to them with a deep feeling of some connection? Why do we have a repulsion to others we meet when we have never seen them before? For me, to recognize the notion of past lives is to give explanation as to the whys and what for's, for such feelings, emotions, and conduct. Importantly, I have come to appreciate that there are no mistakes, there are no accidents nor coincidence. Everything happens for a reason and purpose. Often, we come to understand and appreciate those reasons and purposes, while at other times we don't. And when we don't, when we are blinded to their sight, when we don't have the foggiest notion as to why things are occurring to us in our daily lives, we come to feel all sorts of negative emotions such as consternation, fear, frustration, and depression. During the unfolding of this story, I found myself blinded at times as to the whys for what occurred. I found myself falling deep into a quagmire of negativity because I could not see any valid purpose for what was transpiring. Nothing made sense to me, let alone give me revelation as to the reasons and purposes for what was occurring. This pit of despair took me to a level where I experienced a sort of amnesia as to my spiritual self causing me a sense of loss of purpose and direction for my life. I had temporarily forgotten that it is particularly at these times I had to go deep within myself and tap into the supernatural, the metaphysical, to regain my sight, spirit and purpose. Over the years, my Higher Self kept a keen eye open for my "soul mate," which I understood to mean a partner with whom I shared a deep kindred soul; someone with whom I would share a mutual journey for a common goal and purpose. However, I learned that there are various degrees of "soul mates." For instance, on the one hand, there is that person with whom I would share the rest of my life; the one who would complement me, as I her, and that together we would form a formidable and unbeatable team; the one relationship that was made in heaven, so to speak, where we both agreed in the ethereal plane to come down to this Earth plane and achieve our mutual goals. On the other hand, there is that person, or those people, with whom we have karmic ties. They too, are akin to "soul mates"to the extent that we were to meet, not to spend the rest of our lives together working towards our mutual goals, but to simply complete some form of karmic bond we had formed in some prior life; to assist each other in attaining spiritual, or soular growth. The key, I discovered, is to become aware of which one is which, but that, unfortunately, it is not necessarily an easy thing to do.

“Blood Land caught my interest and I couldn’t put it down! I felt anger at him for being so naïve and truly innocent. His story is very intriguing, heartfelt and very human. I normally wouldn’t choose a book about “Karma and the Supernatural”, at the same time I would have missed out on an extraordinary thriller involving the most evil, greedy and deadly woman who slaughters her family for control of the land. J.D. Ash has lived more than one lifetime with her, and finally his karma with this woman has been paid in full! I literally couldn’t wait to get into the next chapter! This will make a prenominal box office hit THRILLER!” Marty Smith, Ca Commercial Artist Blood Land a Karmic Journey is a fascinating and thrilling metaphysical ride into one of author J.D. Ash’s past lives with a woman who chose evil and hatred over love. It is a story involving both the natural and supernatural planes. It describes how they intertwine to weave a bizarre tale on the natural plane, at the same time bringing him closer to his essence as a spiritual being. The experience adds to his awareness of karma and past life phenomena on the supernatural level. Blood Land a Karmic Journey shows how everyone has his or her own destiny—a path to follow. The key to life is to discover and understand the quintessence of this destiny. To do so allows an individual to discern the “whys” for all that occurs to him or her in this life. Why certain behavior occurs. Why people do what they do. There are no accidents. There are no mistakes. There are no coincidences. Everything has purpose, which all leads everyone to his or her path in life. It was the application of the metaphysics to the daily events which unfolded over two years that prompted the telling of this story.

J.D. Ash, at 64, is a well known, accomplished, and a successful Lawyer who is admired by all who meet him. A man of integrity, he stands among the best with humility and compassion for all living things. He received his BA degree in Sociology at UCLA and went on to receive his JD degree from Southwestern University School of Law in Los Angeles, CA. During his life, Mr. Ash has encountered many wonderful periods of serendipity, karmic ties and past lives with many relationships he has had and has been blessed in the “awakening” or conscious understanding of these relationships. He has an uncanny ability to acknowledge and resolve old karmic and past life issues that otherwise would have most surely destroyed his career and brought him into bitterness and self destruction. He is a man with many talents, and his belief in Divine Guidance has kept him safe and has allowed him to follow his passions throughout his life. His destiny has brought him to profound Psychics on many occasions, which have helped him understand his past life circumstances that bled over into this lifetime, thus prompting him to writing this book. Blood Land a Karmic Journey is a thrilling karmic ride into his past life, along with a woman destined to die at the hands of greed and hate. The book shows how choices are made that can change the karma of another lifetime while clearing all ties within this life. J.D. Ash resides in beautiful Ventura, Ca. with his Fiancé’, Gini Gail, his two Queensland Healers, his beautiful Appaloosa mare, “Spirit”, and his Fiancé’s golden Palomino Quarter Horses, “Swiggy” and “Bo.”