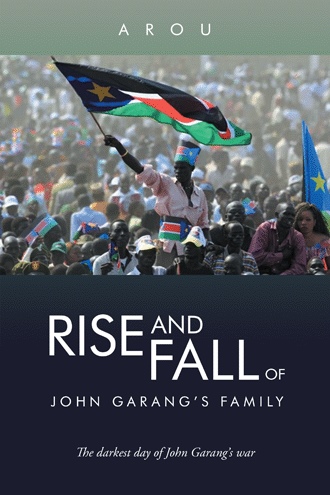 History of former Sudan in 1950s. The time of greater Britain ruled in Sudan, a country was divided into two mainly south Sudan and north Sudan. When you want to travel to south Sudan or north Sudan you have to apply for passport or without passport you wouldn’t attempts to travel or flight. Sudan was a one country what the points for having acquired passport while you travelling to same country? In same country there is no point of using passport while travelling in your own country as a citizen. It is true colour of colonization. Arabs from north Sudan were immigrants that migranted to country for different purposes, trades and exploration and the found land as conducive environment for human being to live on that land. The people who were living in Sudan are Sudanese African they were living in a peaceful lives. When immigrant Arabs reported its back to their government back home that people who are living in Sudan are primitive, pastoralists and they immigranted every seasons from one place to another places to searched for a green pasture and water for their animals. The immigrants Arabs took advantage that Sudanese are illiterates, or uncivilised so they makes it to become a regular visitors to Sudan whereby they wants to visited anytime they likes without permission from local citizens. Their motive behind they want to planned to settle in the country as traders.

The dreams has come in the final stage, when I was a little boy in the years of struggling many soldiers, many juniors, senior military offices and politicians approached me to write a book. I wonder why they approached me and there were many kids? The war will take long time, says officers, we would not be alive, and we are going to the war or frontline is a matter of death or life. When we gone, you will write a book, for cost of our lives, our memories and celebrations of lives because we have brought independence of south Sudan through our dear blood. They just told me, you are young boy; you have suffered with us as child soldier you will make it to a better school, you will become professional man and next leader in south Sudan. And many authors didn’t articulated how John Garang mistreated some clans, tribe in SPLA/SPLM than he gone far to retained some politicians for longer time and executed military officers. It was voluntary job, you can’t exploit soldiers that doing voluntary job, and it is unacceptable in modern era. The John Garang was not elected through democracy channel; he came through coup attempts and starting lock up his bosses. He John Garang appointed himself as chief prosecutor, he executed many army officers for many years. The 15/12 war in south Sudan last years, I just recalled what we discussed with elders than I have starting writing this book. However, John Garang, s wife she a masterminded of all human atrocities in both 1980s and 2013 of fuelling up the war that took lives of innocent civilians in south Sudan.

I am a political analyst of South Sudan politics, the book will benefit the people of who don’t know the politics of south Sudan. It is touching point or big idea; the book will provide evidences of former rebels’ SPLA/SPLM and leadership internal conflict. Some other authors they just write to cover the darkest part of former leader John Garang. The book is inclusive to more detailed to feed the readers to know more about south Sudan last year war and beyond. The book will be nice for students who want to do the researched in the future. I am born south Sudanese, I came to Australia 10 years ago, I am a president of south Sudan suicide prevention in Australia and I am a president of south Sudan Democratic Party. I am also a member of Australia labor party.