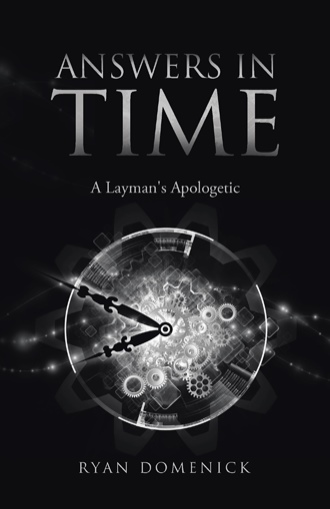 So onward we press. To refresh, God is real. STR theory is true, and according to the theory as it is, if God exists within time, then he either exists in one reference frame or in a plurality of reference frames, most likely all of them. But if he is in one reference frame only, he is far from omnipotent. And if he is in all reference frames, his consciousness is infinitely divided, and he is thoroughly confused all the time. The logical conclusion is that God exists outside of time. God is timeless. This seems inherently implied by the cosmological argument for God’s existence, too. If God created the universe, he created time, and so there would be no reason he would be bound to time. The Minkowski interpretation of STR seems to confirm this. God simply created four dimensional spacetime (or maybe eleven dimensional spacetime if string theory turns out to be correct.) And if God is indeed outside of time, God is evil (though Dr. Craig would disagree with that statement). But if Minkowski was wrong, then reality becomes infinitely fragmented. What are we to make of this?

Back to Newton Isaac Newton believed that time would exist without events. In other words, in a completely empty universe where nothing ever happened, time would still literally pass. (I’m not sure he was right on that, but for my purposes here it doesn’t matter.) He believed that time was distinct from how we measure it. Newton also believed in the existence of God, and that God existed in this time, distinct from any measurements, which he referred to as “absolute time.” To him, infinite time and infinite space must necessarily exist because God exists everywhere all the time. Newton was unaware that the universe had a beginning or that time was relative to motion. He assumed that an ideal clock would measure time accurately. We now know that this isn’t the case. Measuring any “absolute time” is impossible, because according to STR, there is no such thing as “absolute rest”, and a clock would have to be in such a state to read accurately. The key, though, is that STR shows there is no way to measure absolute time. Einstein removed Newton’s God and substituted an observer viewing events by light signals, which is what we all are. Remember, Einstein was a verificationist. Statements that cannot be verified were meaningless to him. His special theory of relativity is also a verificationist theory. He defines time and simultaneity by verifiable means. Many people assume that STR disproved absolute time and absolute space, when in fact, it presupposed that they do not exist. There is no way to detect them, so there is no reason to think that they are real. At first glance it would seem that verificationism is a quite reasonable position to hold, but it is actually an outmoded view in modern science and philosophy. Holding such a view forces one to abandon most metaphysical, ethical, and even scientific statements as meaningless. Even worse, verificationism is self-refuting. The statement, “Only sentences which can in principle be empirically verified are meaningful” is not an empirically verifiable sentence and therefore is meaningless by its own standards. It is worth noting that most of modern physics, like quantum mechanics and cosmology, has a large metaphysical aspect, which is incompatible with verificationism. In short, STR proves only that it is impossible for a finite observer, dependent on light signals for observation, to know that time it actually is. It leaves the question of whether such an absolute time exists, open.

Thank Goodness the Moon Was There When We Landed Recall that Einstein and Minkowski weren’t the only ones to deal with relativity. Hendrik Lorentz took a crack at it too, with the hypothesis that measuring devices shrink in the direction of their motion through the aether. The faster you move, the more the device contracts, causing the measured speed of light to stay the same. In the same way, clocks slow down when they move through the aether. He wrote equations to show how to correct for these errors, and they became the core of Einstein’s special relativity theory. If we follow Lorentz, Einstein’s clock synchronization would only work in the reference frame of absolute time.

To the rationalist, the skeptic, the philosopher. To the faithless, the prodigal, the disillusioned. To the broken, the beaten, the betrayed. To the follower grasping in the dark for answers. To the earnest seeker of truth.

The problem of evil is not new. How is an omnibenevolent, omniscient, omnipotent God compatible with this world? The answers offered by great philosophers and theologians through the centuries are plentiful. Come along on a search for something new; something better. The answers will be found in time.

Ryan Domenick was born and raised in a small town in western Maryland. Facing a series of dark events gave rise to his interest in the problem of evil. It led to search that lasted most of a decade, and led to a new perspective on the world.