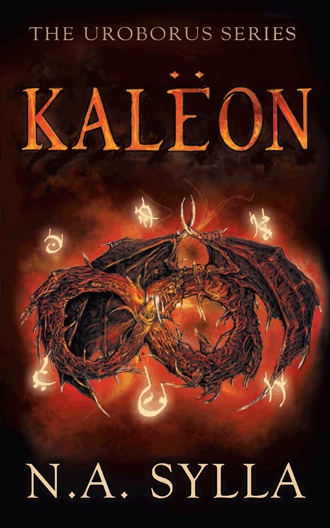 He kisses her, tongue darting hungrily between her red full lips, as they part eagerly to his demands. He gently pushes one hand underneath her hips and pulls her downwards and closer to him. Straddling her, he leans back down and breathes hotly on her neck, kissing her behind her ear, down her neck, to her collarbone and further down to the perfect and inviting swell of her breasts. He feels her shiver underneath him as her breathing grows erratic, her skin burning with anticipation and unbridled passion.

He reaches down and traces his fingers along the curve of her calf and up closer and along her thigh. She gasps and cups his face in both hands and kisses him deeply, passionately, hotly... in that moment, something in him rears its head in hunger or lust or both. A sudden surge of energy courses through him and unexpectedly, he reaches up and slides his hand under the back of her head and laces his fingers through her silken hair… and yanks, hard. He twists the head to one side, exposing her neck. A sound between a groan and a whimper catches in her throat as he kisses her jawline with a ferocity that was not there before. The hand that is intertwined through her red locks tugs on the hair more painfully, immobilising her neck in a precarious position.

Feeling the edges of panic, she starts pushing against him, her groans soon turning to cries of pain and alarm. But her struggles only seem to incense him. His eyes turn a dark shade of red between breaths; his gentle hands form into the talons of a beast. She starts screaming and twisting desperately, horror assailing her and dragging her beneath its merciless currents.

He… it tries to kiss her and she quickly twists her head away in disgust, crying and screaming all at the same time. An unforgiving wave of rage slams through his mind and his whole being convulses. Without thought, he lifts a clawed fist and racks the dagger-like talons across the woman’s neck, tearing it open in a morbid and shocking but spectacular fountain of blood and tearing skin and pink flesh.

Her breath rasps and she stills in shock, her eyes round in surprise and confusion and also fear and realisation. Blood foams at her mouth and nose, pink and macabre; tears smear her pretty face. She tries to speak, her lips move, spraying blood, but no sound comes.

He looks at her face as if unsure of what he has done. He catches the accusation in her eyes as she stares at him in her dying moments and he springs up and bounces off her like he has been struck by lightning. He lands in a crouch next to the bed, his chest heaving and his body shaking furiously. He watches her blood pool around her like an ungodly misplaced halo and spread quickly across the white sheets. Then his mind clears, his talons retreat and whatever had taken over him for those few moments is gone, leaving him alone to deal with the consequences of an act that has not been his will.

As clarity dawns, so does the full understanding of what he has done. So, in horror and indomitable chagrin, he screams a scream to tear the souls of men…

King Birken jumped awake with a gut-wrenching scream. The woman who had been leaning above him, trying to shake him awake, was violently flung back with the motion. Her head banged painfully on the top right hand poster of the bed. She cried out, curling up into a foetal position where she had landed on the bed and protectively wrapped her arms around her head, groaning in pain.

King Birken turned towards her, confused and disorientated, even as the doors to his royal chambers where thrown open and six armed men ran in, all conjuring Yrelights to illuminate the room.

In the sudden brightness of is chambers, Birken flinched and shielded his eyes, trying to understand what was going on. A couple of the guards hurried to where the woman lay curled on the edge of the bed while the others rushed to their King’s side. Two of the men stood facing him, visually examining him for any sign of a wound, while the other two searched the room for any sign of danger or intrusion.

“Is everything alright, Your Grace?” One of the guards facing the King asked.

“What is happening?” Birken muttered, his eyes slowly adjusting and his mind focusing.

“We heard you scream, Your Grace,” the guard said. “Followed by Lady Orya…”

For the briefest heart-stopping moment that seemed to last an entire lifetime, as he turned to look at where Lady Orya was, Birken felt a weight drop inside him like the stone of a death god, dreading what he would see. But there was no blood, no torn skin and flesh, no torn wind pipe, no dead accusing eyes… Instead Lady Orya was being helped into a sitting position by one of the guards as she rubbed one side of her head slowly, her lips pursed in that way it did when she was annoyed.

Even as relief flooded through him, King Birken understood.

It was just a dream…

He is a being of three souls and one

Kalëon, The Sacrilegious One, is born into a world he is meant to protect… but… sired in betrayal, his conception drives a gentile man to madness, and a Queen to bear a demon child; his birth sees the death of a King; his survival triggers the fall of a mighty city, and ignites a war between two, old enemy Kingdoms – a war that will bring Southern Earth to its knees.

Thus besmirched as a harbinger of doom, and host to a malignant life form, Kalëon begins a journey fraught with treachery, deceit, and the horrors of war…

Meanwhile, far beyond Andryan’s Earth, beings forgotten even by legend have awoken. They watch and wait; for unlike the War That Cleansed The Heavens, this time, they will conquer Orph, God of All…

For their cause, Kalëon is the perfect instrument…

N. A. Sylla was born in Coyah, a town in Guinea, Northwest Africa. She lives in Australia with her daughter, and is currently doing a bachelor of Laws and a Bachelor of Government & International Relations. She is her hobby is daydreaming, plotting stories and plunging into adventures that have nothing to do with reality, or sanity.