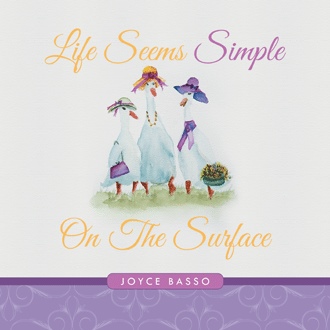 Humor doesn’t heal, but it helps. Cancer, or any serious illness, is not fun or funny. Sometimes the cure can make people sicker than the disease, and depression becomes an ever present companion, but for those with a sense of humor, their time, whether long or short, can be more bearable. Laughter doesn't mean there were no tears, but it does help to balance the playing field.

My brother, and my friend Tess, did not know each other, but they had one thing in common – they could find humor in the most unlikely places.

My brother was diagnosed with bone cancer, and in an effort to control the spread of the disease his leg was amputated; he did not find it fun or funny. Eventually he was provided with a basic plastic leg replacement; he didn’t find that fun or funny either. After days of serious contemplation he decided the problem wasn’t so much the plastic leg, but the leg didn’t have any hair on it, and therefore didn’t match his other leg. This brought out his dormant creative side – slowly and carefully he drew hair on the plastic leg. He is in heaven now, with Jesus, with two good legs, but I’m sure the angels couldn’t help but laugh when they came to get him. The child-like act of drawing hair on a plastic leg made him smile when he didn’t think he could smile, and somewhere in the middle realized he was experiencing a feeling of peace

Sometimes we worry about the silliest things. My friend, Tess, was diagnosed with cancer, and was told the treatments would cause her hair to fall out. She immediately began to worry that her young grandchildren would be traumatized by seeing her baldheaded. Sharing this fear with her daughter brought, not sympathy, but gales of laugher as her daughter reminded her that the grandchildren she was so worried about had a one-armed mother. Tess’s daughter, mother of the grandchildren, had lost an arm in a boating accident as a teenager…. Her comment was “mom, my kids think weird is normal.”

Tess did lose her hair, but the children thought it was cool. Wigs were purchased and she went back to work. She was in her office interviewing two men (men she had not met before and who did not know of her illness) when her head started itching. She was determined not to scratch. Each time the itching increased she wrinkled her brow in an effort to get relief. After the meeting was over she rushed to the restroom to remove the wig and get real relief – looking in the mirror she discovered that with each wrinkle of the brow her wig had shifted and was now on cock-eyed! Tess never saw, or heard from the two businessmen again; apparently children are more accepting of the unusual than the men were. A child would have asked something along the lines of, “lady, do you know your hair is on crooked?” She would have been embarrassed for a few seconds, laughter would have come bubbling, and they would have fallen in love with her, because that is just the way she is; we all love her.

Laugher doesn’t make the pain go away, but it somehow seems less intense when we take the focus off of ourselves and on to others. 30 Bright eyes gladden the heart; Good news puts fat on the bones. Prov 15:30 (NASB77)

13 A joyful heart makes a cheerful face, but with a heartache comes depression. Prov 15:13 (GW)

Short Stories with moral lessons: some humorous, others serious; all with supporting scriptures.

There are times when words make us feel, peaceful, like we’re home again. We sit back and the words radiate through us like a warm sun rising through a screen porch lulling us to be still and witness God’s creations. At other times words cause us to bear witness to the fact that things are also chaotic, unknowable, anxiety producing. Being still—in the midst of this chaos, finding the beauty in God’s creation—can be a Herculean effort. It takes humility, knowing that we don’t always have the answers, knowing that only divine guidance lead us back home. Life Seems Simple on the Surface illustrates this beautifully. Joyce Basso takes us on a journey: her voice, soft or raised, happy or cantankerous, is always seeking out that space of tranquility, the peace of God’s grace that one can only find when pretenses fall away and like an onion, layers of truth are angrily exposed forcing us to be still and bare witness. Basso wants to quickly make three things very clear: She is devoted to God, always seeking to be led by Him; she is fallible, daily she seeks grace; and she spends a lot fabricating conversations for animals. If you’re having a bad day, or are in need of a quick change of perspective, pick up Life Seems Simple on the Surface and allow Basso to take you back home.

Joyce Basso has been putting her thoughts in writing for years with no thought of how she would use it; publishing was never on the radar. She has volunteered to facilitate Bible study classes for senior citizens at her local library, and at Crossroads Ministry, a home for women needing a safe place to live while getting their lives back on track. It was during this time she began to share some of her writings. The response was “you need to write a book, and if you write it, we will buy it.” Life Seems Simple – On The Surface is her first book and it is dedicated to women who said she could, and should write a book. Joyce lives in Brandon, Mississippi with Calvin The Cat, the cat she vowed she would not get.