My Daughter is Cold 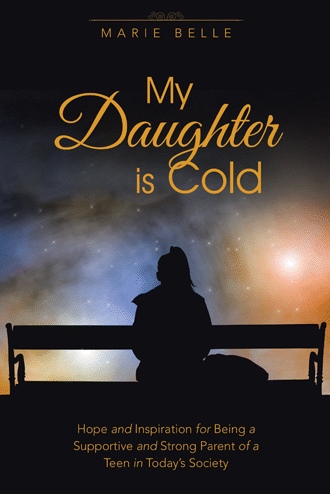 My daughter, Zoe, and I had lived apart and had very little contact since she was fourteen years old. Most people who got to know me after that didn’t even know I had a daughter. As time went on and I tried to go on about my life, I simply became more skilled at keeping my feelings about my daughter and that situation bottled up inside. Even though on the surface my life had appeared to move on, there were always lingering feelings of wondering how my daughter was doing, if she was okay, and if she thought about or missed me. No matter how much I tried on the surface not to be bothered by what happened, my heart and soul could not let it go. I thought maybe over time those feelings would eventually go away. The problem was, they never did. As those emotions wandered on, I often envisioned and literally waited for a long, remorseful and apologetic letter from my daughter.

When that wait turned into an inordinate length of time, it didn’t make things any easier when I would periodically hear through relatives various things happening in Zoe’s life, like for instance when she graduated from high school, which I learned of after the fact. Though I felt happy that Zoe had completed her schooling seeing that was one thing I was always extremely adamant about, another part of me still felt sorrow from privately missing my daughter and any memories that we could have had from prominent events in her young life like prom and graduation as the very people who needlessly involved themselves in Zoe’s situation had the chance to do with their own children. While I remained resentful of that for a very long period of time, deep down I knew that in order for me to achieve true eternal peace, I eventually needed to come to terms with my feelings behind all that happened with Zoe.

Thinking back to the time when our lives had been so abruptly disrupted, I thought about how all my years of prepping and planning for Zoe had seemed to exit right out the door with her when she left home one fateful day. Despite periodically reiterating my parental intentions to Zoe before then, I sensed Zoe’s interpretation of my role in her life centered around me being this strict unwavering type of parental warden no matter what I said or tried to do. I also thought a lot about the impact Zoe’s venturing away from home had on my plans for her. I intended for Zoe to have a good life comprised of all the in-depth insight and knowledge she needed to know from me, especially after not having experienced that with my mother. I thought back to how I used to wonder things growing up but didn’t have the courage to ask my mother, and to this very day how I regret not learning as much as I could have from and about my mother. I really wish I had learned more details like what my mother enjoyed and wanted to be growing up, what her goals and aspirations were, and if she reached all of them or had any regrets. I don’t know why I was always afraid to ask my mom personable things, I just remember it being uncomfortable territory for me, and later turning into a pattern of repressed communication when it came to me talking to my mother about certain matters. For all the things I did not know or have the guts to ask about growing up, I either guessed or drew my own conclusions. I surely did not plan the same for Zoe, however, the events that transpired after Zoe left home caused all those plans to come to a halt.

After more than five years slipped past with practically no communication between Zoe and I, a friend request was sent to me from Zoe through a popular social media website. I had still been covertly juggling not feeling any better about our situation, hoping some kind of phantom letter would appear from her, concealing and shelving my emotions for so long, and continuing to hear things about her that I felt necessitated my motherly intervention. After taking some time to think long and hard about it all, I humbly concluded that too much time had already elapsed, and I didn’t need to go any longer without at least taking the opportunity to confront and resolve any issues from the past that had to do with one of the most important persons in the world to me−−−my own daughter.

When it comes to teenage children, and competing with things like social media, smart phones and peer impressions, parents are typically lower on the popularity totem pole. As scores of outside influences can place enormous strains on parent and teen relationships, parents can very easily find themselves on an emotional roller coaster, overwhelmed, overextended, grasping for solutions, and in some cases, joining ranks with so many other parents, relatives, families, friends, communities and agencies who deal with the prevailing reality of towering juvenile delinquency concerns in America. Being one of those parents, author Marie Belle recounts her experiences in the story, My Daughter is Cold, as she takes readers on a compelling parenting journey filled with attestations of endurance, survival, determination, hope and encouragement for anyone else who is or may be in the future simply trying to raise a teen in today’s society.

Marie Belle possesses an M.S. in Elementary Education and has dedicated the past near two decades to her studies and career in education. Beyond her professional endeavors, she enjoys being an avid writer and arts enthusiast.