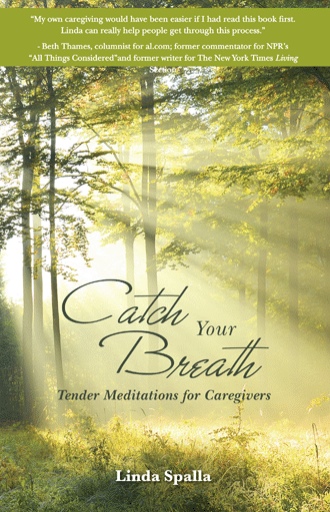 "The Bell never rings of itself; unless someone handles or moves it, it is dumb. "

Resting still on my grandmother's elegant, antique marble-top table is my mother's little crystal bell. I ring it once in a while to remember the sound and to remember her.

It is a beautiful cut-glass, crystal bell about six inches tall which shimmers in the sun’s rays and rests proudly in the dim light of evening. It has a tall graceful stem and commands by its mere design to be handled with care. During mother’s illness, it became my spine-tingler, my smile-bringer, my hair-pulling dread, my controller.

It was Mother’s summoning method suggested by me because it could be heard anywhere in my house. She would ring the bell when she was ready to get up, when she needed to go to the bathroom, when she wanted a change of venue, something to eat or drink, whatever. It was her lifeline to me or any of her sitters. Sometimes, I hated that bell, especially at six in the morning! My sister used to say that she wanted to take that bell and hurl it out on the street. I understood.

At her death, I did not know whether to place it aside my treasures or to smash it to the tile bathroom floor I had mopped and cleaned so often. Finally, after months of deliberation I placed it among the rest of my bell collection to remind me of my mother’s love and influence all through my life. It was the right thing to do, but it took me awhile to hold it in fondness after it had held me in bondage!

Find a sure, reliable method of giving your loved one some control. The bell was very important to mother as it gave her a sense of authority over a piece of her life when everything else had disappeared. It was a symbol of dignity for her, of knowing her wishes and communicating them. It was such a small, simple object but with powerful significance.

What I would give now to hear her ring it one more time.

Whether you have chosen to be a caregiver or were hijacked by circumstances, Catch Your Breath, a series of touching meditations by Linda Spalla, will become a wisp of sanity and a day-to-day stabilizer. Spalla retraces an eight month care-giving journey with her mother, captured in raw, candid images, truly becoming a walk in her shoes. What started as a thirty-days-to-live commitment of care in her home turned into an unexpected eight months of never-ending responsibility.

You will feel a kinship with the roller coaster of emotions; from anger, confusion, surprise, resentment, guilt and ambivalence, to finally relief, recovery and celebration. You will learn through the various vignettes some refreshingly practical information on such topics as finding sitters, managing medicine, dealing with sibling rivalry, contracting with Hospice, moving to assisted living, doing will preparation and other legalities as well as funeral planning. You will laugh; you will sob; your heart will soar; your heart will break. You will find solace, encouragement and inspiration for one of life’s most daunting challenges. But especially, you will discover your best self, emerging stalwart, strong and forged by the fire of your caregiving experience.

Give yourself a gift of renewal and Catch Your Breath.

Linda Spalla was a caregiver to her mother for almost a year, and has captured that journey with inspirational poignancy in Catch Your Breath.

Spalla, author of Leading Ladies and now retired from a career in television, resides in Huntsville, Alabama, where she is a weekly Alzheimer’s volunteer, a golfer, and a grandmother.