From the Hands to the Heart 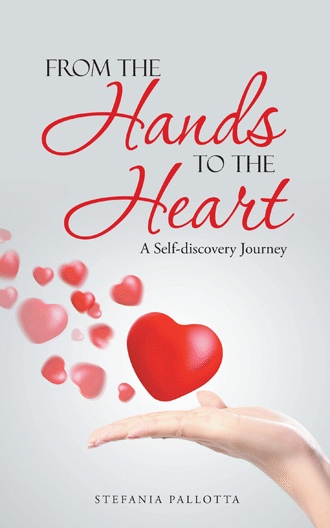 If it's true what they say that your hands hide the secrets of your destiny, I should have known what mine was from birth. I was born with eleven fingers. Another little finger next to my little finger on my left hand. According to what mum said to me, it had a nice nail but no bone and it was hanging on the side of my left hand. A "mistake" of nature but nature never makes mistakes. Soon after my birth the doctor removed that extra bit and left a little "pimple" on the side of my little finger. The doctor told my mother not to worry as the little "extra" wasn't going to come back or grow back again. I wouldn't even have noticed it as there was nearly nothing left there. It might be only a little dot on my left hand, but that small pimple has maintained all the sensitivity of a finger, even more. I can feel much more in that small area, ten times more than in any other area of my hand. As a child I remember how many people commented about my hand's peculiar 'dot.' Some were asking questions about that little "pimple" and nobody could quite get what it was and why it was still there. I must admit that I felt uncomfortable at first, but then I became proud and happy to have that little thing that made me "different." I eagerly explained that I was born with an extra finger. Looking at their faces I knew that some thought I was weird and others that I wasn't telling the truth. Either way, I didn't care as I knew that extra bit was part of me. I also remember some saying that the little "pimple" was a sign that my hands were meant to be used for something important. Really?!! What was my purpose? I had no idea and without spending too much time and thought on the answer, I got married at 19, I had my first child at 22 and the second one three years later. I thought my life was already planned, wife and mother, with two beautiful children and a house to run. I had a job as a radio broadcaster and I loved it. I thought it was all there, in a small town in Italy. That was my life and I was sure it would have been my life for a very long time. Of course I had no idea of what the universe was planning behind the scenes to make everything happen, in the way it had to be for me to live a life of purpose. I was not prepared for the big shift that would happen out of the blue, without any warning signs and when it was time to move beyond my comfort zone.

From the Hands to the Heart is the intimate story of Stefania Pallotta's self-discovery journey that took her to a new land and closer to her life’s purpose. Using her experience and the knowledge acquired through her work as a natural therapist, Stefania offers insights and practical exercises to help the reader find inner peace while discovering the meaning of wellness and health. Each of the modalities explained in this book—from massage to astrology, going through emotional form technique and Reiki—brings more awareness and understanding, providing a simple explanation of the ways readers can return to balance and wholeness by combining different therapies and easy self-help techniques.

Written with heart and in a very simple and direct style, From the Hands to the Heart offers insights on how to walk the individual path with trust to fulfill one’s divine purpose.

Stefania Pallotta is a natural therapist, writer, and life coach who has studied astrology and personal development for more than twenty-five years. In her clinic located in Sydney, Australia, she incorporates different modalities to support people in bridging the gap between where they are and where they want to be.