Discovering the Gifts in Grief 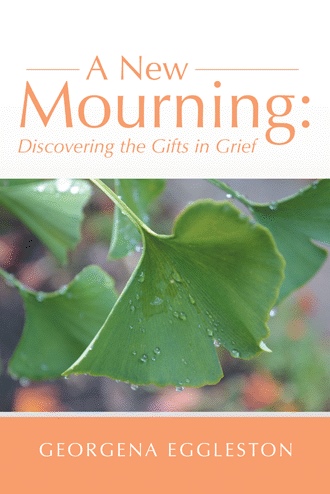 Would you try to change a flat tire with your bare hands? Of course not. You would access the tool kit in the trunk of your car. So when grief flattens you, why not reach for a tool kit? Grief does not have to be constant. Although that may be how you feel in this moment, discover four unique, simple tools in this book to move beyond your grief:

Without dishonoring the person, pet, or object that is no longer present in your life, discover how you can be transformed beyond your grief. The intention of this book is to expand your awareness so you can reinvent yourself to live fully. You become empowered when your body, mind, emotions, and spirit work together in synergy.

Receive permission, assurance, and practical guidance to discover where grief lives in your body, how to release it and replace the thoughts that keep you stuck in the grief loop. With new awareness, discover how curiosity and self-care can be lifelines to radiant living.

Georgena Eggleston, MA, trauma specialist and grief guide, became a complicated griever after burying the bodies of her brother, father-in-law, mother, father, and teenaged son in three and a half years.

After discovering where grief lived in her body through the Rubenfeld Synergy Method®, Georgena continued her deep personal work and became a certified synergist. Knowing we will all experience grief, Georgena teaches mindful grieving and intentional mourning so people have the tools to move beyond their grief. She is the mother of two sons and loves yoga and flower arranging. Georgena lives in Portland, Oregon. Contact Georgena at: www.BeyondYourGrief.com