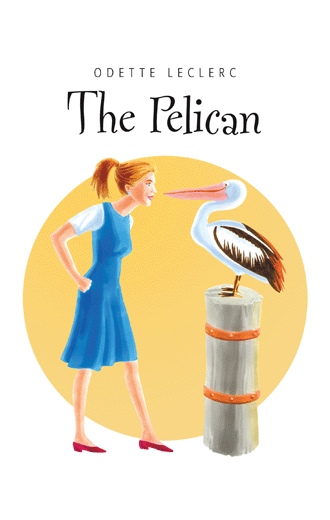 Alexandra lived close to a subway station, so she did not need her car to commute to campus. She was a bit apprehensive about this first day, unsure of what to expect from the seniors, who were known to enjoy putting the newcomers through their paces.

When her classes were over at four o’clock, she decided to take a little detour to the subway to get some fresh air and assess her first day as a Boston University student. Except for having had to hobble around on only one shoe all day, everything had gone smoothly. All in all, there had been no malice in the seniors’ teasing. A thousand and one ideas were going through Alexandra’s head. She was expected to give an oral presentation on the Middle Ages. She had already chosen her research topic – knights.

Lost in thought, she was walking at a steady pace, when suddenly she heard a noise like the sound of hooves. She turned around. She had not been dreaming. A magnificent white horse drawing a golden carriage was coming up right behind her. On its head danced a fancy blue feather. The coachman was completely dressed in white: a white frock, a white top hat and white gloves. Alexandra stopped, the carriage stopped, and it began to rain.

“Would you like to get out of the rain?” asked the coachman.

Not a fearful person, Alexandra did not have to be asked twice and climbed into the carriage.

“Your horse is beautiful! What’s he called?” she asked, not fully realizing the magic of the moment.

“Where are you headed?” asked Alexandra, rubbing her hand over the sky-blue velvet seat.

“This is a wedding carriage?”

She thought it strange that somebody would get married on a Monday.

“Only for those who are ready,” he replied somewhat cryptically.

“Is it only used for weddings?”

“Yes, but not just any wedding. It is reserved for people whose love for each other is pure.”

“There are many levels of love, but the greatest love is as fulfilling to the soul as it is to the heart and the body.”

The coachman fell silent but a moment later he continued.

“Many people confuse love with physical attraction. They are dazzled by the packaging and forget to look inside. Their relationship remains at a superficial level. People no longer take the time to discuss the important issues and really get to know each other. They jump into the relationship without building a strong foundation first, deluding themselves. Once that first passion is spent, nothing is left. And a couple of years of their life have vanished with it, too. That’s about how long passion lasts.”

“How do you know whether your love is pure and will endure?”

“When you sincerely want to understand and know love, an entire process is set into motion to help you realize your desire, since nothing is greater than love. You receive the help you need. All you have to do is follow the guidance life gives you. But before being entitled to such great love, you sometimes have to go through certain tests to help you grow up. It’s as if you need polishing to reveal the diamond at the centre of your heart.”

“That’s the kind of love I want,” Alexandra stated resolutely.

“I know. So, don’t make any compromises. Listen to the messages life sends you. They will lead you to your servant knight.”

The coachman tugged gently on the reins to stop the horse.

Then he turned toward the young woman.

The rain had stopped. Alexandra thanked him and stepped out onto the sidewalk. Suddenly realizing that she had not told the coachman where she lived, she swung around, but the carriage had vanished.

Her mother, arriving right at that moment, asked her about her day. She made no mention of the carriage.

Owner of a medieval shop in Boston, Alexandra is flourishing professionally. Her love life is not quite as happy, though. So, one day, she decides to put an end to her unsatisfactory relationship and look for the man with whom she will know “true” love! To help her in her quest, she decides on a “sign” that will tell her when she has found the Right One.

This romantic tale will captivate you with its freshness and its many twists and turns.

Who knows? Maybe it will inspire you to go looking for your own knight in shining armour...

Born in Quebec, Odette Leclerc received a BA in translation from Laval University. She works as a freelance translator in the financial field.

She writes for kids over twelve. The Pelican is her first novel.