Footsteps from the Shadows 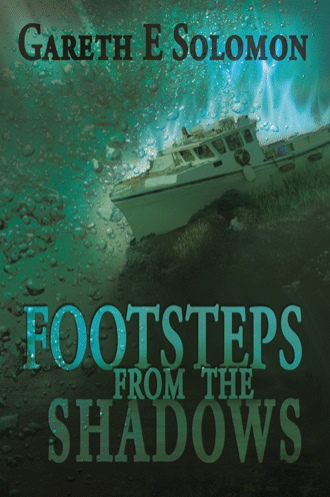 For years he thought he had outrun the nightmare. But the nightmare that had ruined his life had returned, making him an outcast in his own life yet again.

Even as he walked through his beloved forest, he walked as though a stranger in a new land. He walked in torment towards the beach in search of peace. He stopped walking when something dawned on him. The realisation terrified him: there were no forest creatures making any noise. There was no sound of the critters chirping at the first fingers of the sun on the horizon.

Had the dream ever affected the physical world, he wondered. He started walking again.

His nerves were at breaking point. Even this place, where he had found so much solace over the last four years, had seemingly become his tormentor. The brittle peace he had forged that seemed so solid was yet again an illusion. A dream lost.

He got to the beach and moved to his meditation spot under the Pohutukawa tree, about to settle in to search for his elusive calm.

A noise from behind caught his attention as he was lowering himself to the ground. It was the snapping of a twig, followed closely by another. He spun away from the noise, taking up his practised fighting stance as two giants burst out of the scrub.

They charged at him. The first man slashed a knife down across his face towards his chest. The move was cumbersome. His opponent was obviously an amateur.

He was never one to underestimate his opponents though. He waited, poised until the perfect moment. Then he grabbed the man’s wrist and threw him high into the air while breaking his arm.

Fluidly, he moved to face the next attacker. This man had slowed his approach as he watched his companion land heavily and violently twist his leg. He looked at the leg sticking out at an odd angle.

The second giant started circling him. He watched how the giant moved. How he held his knife. He was also obviously an amateur.

As he watched the man circling him, words his master had driven into him echoed: nothing was as dangerous as a frightened animal. This man was definitely a terrified animal. He took his time with him until he realised this was the attacker’s intention, to buy time. There were reinforcements coming.

With no time to lose, he attacked. He launched a mighty combination of punches and knocked him out cold. Quickly, he assessed his options but there was really only one open to him: he took to the bush, forging his own path.

It was hard going. He was becoming tangled in the scraggy underbrush. He struggled to get momentum and as he did so, a voice boomed out, breaking the night’s deathly silence. An impossible voice shattered his hope of peace.

“Jian Zhao, I am coming for you!” This was followed by a cackling, evil laugh.

It was the voice of his dead uncle. His uncle whom he had seen murdered.

It was a night that would change lives.

It was a cruel and evil night that thrived on misery. The sky roiled with amassing angry, black clouds that folded over on each other like a writhing pit of snakes. The seething mass vented its ferocious power. All that were exposed to this night were in perilous danger.

Lightening cracked through the clouds lighting the sky in vile augury. Blue tongues lashed down menacingly. Rain was dumping in sheets, drenching everything and making the ground underfoot dangerous even on the flat. The noise was horrific and deafening.

Jian Zhao, known to many as James, stood on the veranda with his master Xian Woo along with Xian’s three lieutenants.

Chi’ang was the warlord. Yu Li was the oracle and Kai Rong was an enigma that James couldn’t figure out. They all stood beaten by the weather but they stood uncaring. They knew that the ship wouldn’t arrive tonight but they waited anyway as if the wind would carry them a message.

The rain cascaded down their faces, pouring into their mouths even though they were looking downwards. The fury of the storm pouring off their faces diluted any hope for the treasure to arrive.

James looked at the others and motioned to move inside. There was no point talking, as they couldn’t hear anything but the storm.

Once inside he looked at Xian Woo and the lieutenants. They all looked like drenched rats, these proud and fierce men. He could have laughed if there wasn’t so much at stake. These men all came from China. They were powerful men who commanded the Guardians and were respected immensely by all of the warriors who fought for the Guardians.

Legend had it that the Warrior King was gifted the power of the angels. He was hand-picked by the Mother of Earth and the Father of Heaven, along with their angels.

It was said that he was able to draw any of the power from any of the angels at any given moment.

They made him a god. This demi-god had formed the Guardians.

James could feel the helplessness in the room. That shipment simply needed to arrive tonight. The Warriors gathered needed it, urgently. No one could rest until the shipment was delivered.

The night was darkest just before dawn, he mused.

Kai Rong rose silently and walked out to make tea. Kai Rong, was Chi’ang’s right hand man. James looked at him and let his gaze linger for a second. Kai Rong was a slender athletic man, nearly as tall as Chi’ang. He had a long ponytail and dark eyes. He seemed to be far too quiet for his place beside Chi’ang. Sitting quietly beside the formidable Chi’ang he seemed almost invisible. James wondered if that was Kai Rong’s intention.

James looked at the gathering of Xian and his lieutenants.

“James, there is no way that a ship could get in here tonight; that storm is just too powerful. I have never seen a storm such as this in China. Does this happen often?” It was Xian, the eldest and the master of the order.

There were many legends in China about Xian Woo. Since leaving the monastery, James had spent many hours researching the legends. The books he had studied lined the wall on the opposite side of the room from the fire. They were his most prized possession. He would sit underneath his bookshelf, in the armchair Xian Woo himself was now in, to read the legends of the ancient warrior and Chi master.

When artifacts from the tomb of an ancient Chinese legend, the Warrior King, go missing from a New Zealand museum, a forgotten world of darkness and an ancient war re-emerges.

Isabelle Kweon is enraged by the theft: She had worked alongside a team of Chinese scholars seeking to find the tomb. She found the tomb’s entrance, and everyone was astounded when they stepped inside to find it amazingly well preserved.

Meanwhile, Jian Zhao, a young Chinese man who fled the triads in Hong Kong, is living a quiet life in New Zealand, when he suddenly finds himself caught up in events connected to the tomb, together with his neighbour, Chris Mortimer.

At one point, Jian finds himself running for his life only to hear the voice of his dead uncle—a man he’d seen murdered—cry out, “I am coming for you!” The cry is followed by a cackling, evil laugh.

No one is safe as ancient forces return to haunt the present in Footsteps from the Shadows.

Gareth E. Solomon is a New Zealander living in Melbourne, Australia. If he is not at his desk writing, he can often be found out in the hills enjoying his motorbike and nature, or scuba diving, exploring the ocean. This is his first novel.