The Magic of Quantum Living 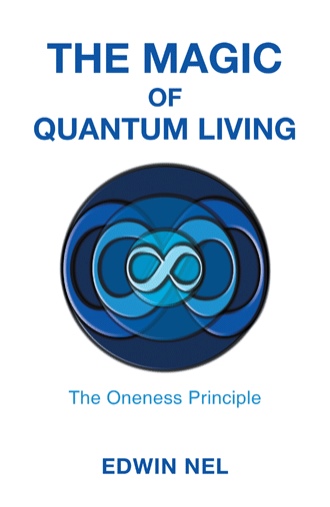 What does 'quantum living' mean for you and I?
The connection of all things and people; everything is connected in the entire
universe. Nothing is outside of this scope as all form part of God. Yes, God is
everything that ever has been, is and will be. This is the plain and simple reality
of quantum physics.
I guess you, I and all of us, want to know more about the dynamics and workings
of 'quantum living'. We want to know more about this thing called life and
existence. The word 'quantum' is being used all the time by so many new age and
spiritual people around the world. Even scientists are using the word frequently
and still trying to figure out and understand the true concept behind the word.
They desperately want to know how this concept titled 'quantum physics' or
'quantum mechanics' works.
Scientists have created experiments which transport an atom or a subatomic
particle, such as a photon, over vast distances.1 It has also been proven that both
photons and electrons can be at two places at the same time, as these particles
are in a quantum state.2 This and similar experiments are driving the science
fraternity mad as they are frantically trying to understand the rules governing
the world of atoms and particles, as all matter is made from energy. How can a
particle appear at two places at the same time? It's impossible! Can it really be
so, but science has proven this fact to be true. Why, then, are we as humans, not
1 Quantum teleportation: http://en.wikipedia.org/wiki/Quantum_teleportation
2 Double-slit experiment: http://en.wikipedia.org/wiki/Double-slit_experiment
11
able to do the same? What does quantum living mean for us as humans and
people living in the 'real' world? How can we make use of the quantum element?
Where and how do we start to harness the quantum power by living a life filled
with inspiration and intuitive synchronicity - this should be the question. In
writing this I am channelling the information from my mind which is connected
to the other side of the veil - the spirit and God side - for those who do not
understand.
God is not one dimensional and linear; God is multi-faceted, multi-dimensional
and consists of various aspects, elements and parts. God makes up the universe,
all parts - living, and in spirit. The whole aim of God is to know God better and
each one of us is a part of God or as I would call it, 'We all form a part of God's
beautiful tapestry'!

The Magic of Quantum Living is a revolutionizing new theory, bringing together quantum physics, spirituality, and religion in order to explain God and the interconnectedness of the entire universe. This new quantum theory is an inspirational message explaining the entanglement and interrelation of all things and people as part of one big collective consciousness: the oneness principle. This theory highlights the way our thoughts, words, and actions, which are based on our beliefs, create our reality within a greater collective reality. Practical examples and explanations assist the reader in examining their own beliefs and behaviours, with the aim to foster and cultivate a greater respect and love for all of life, humanity, and our planet.

About seven years ago, I started experiencing a deep, burning desire emanating from within my heart and soul. I wanted to save the world from pain, anguish, and suffering. I realized, however, that I cannot save anyone, let alone the world. It dawned on me that I only have to save myself, love myself more each day, and show the way by being loving and giving to myself. And so my spiritual journey started, a quest for truth and love.

Only through my life’s experiences and relationships have I been able to write this book, which I wrote while spending time at Amazing Grace Centre of Awareness in Magaliesburg, South Africa, with the guidance from spirit. Thank you to my soul, to God, and to each and every person who I have encountered along my journey to date.