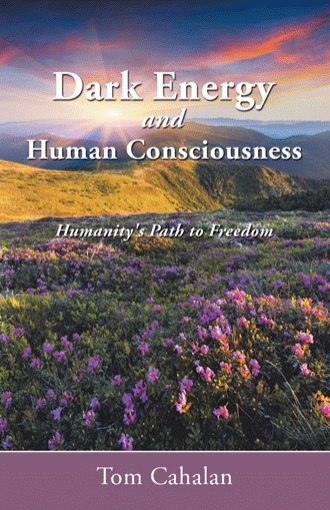 Selfishness, corruption, abuse of power and greed (SCAG), which dominates in all our political, religious, public service and financial institutions worldwide, is largely responsible for condemning over 1 billion people in our world to a life of poverty, starvation, conflict and war. While science and technology have made major advances in recent times, human consciousness has not evolved in any meaningful way for thousands of years. The SCAG culture that brought down the Roman Empire two thousand years ago is the same SCAG that caused the global financial collapse in 2008. To overcome SCAG we need a new understanding of life.

He further suggests that dark energy is the force that has the potential to pull life to higher complexity, causing human consciousness to expand and therefore be more inclusive. However the dark energy aspect of life is denied by science and by humanity in general. Therefore there is no force to counteract dark matter which pulls life to lower complexity and therefore towards SCAG.

To overcome SCAG we must first acknowledge that dark energy influences life and is the force that causes human consciousness to expand – and therefore be more inclusive. We then must nurture this aspect of our being.

This will help human consciousness to evolve to a more enlightened paradigm where care and compassion will be extended to all human beings. This is Humanity’s Path to Freedom – freedom from selfishness, corruption, abuse of power and greed; and consequently from poverty, starvation, conflict and war.

Nobody knows how life was first breathed into the first atom, molecule, or cell; all biologists can do is to suggest the most reasonable possibilities by analysing the oldest DNA available. Scientists postulate that life emerged from non-life via natural processes about 3.7 billion years ago. It then evolved (and continues to evolve) to higher levels of complexity based on mutation, natural selection, and time. In other words, scientists believe that life is purely a physical phenomenon.

There are logical arguments, based on scientific concepts, suggesting that dark energy is a non-physical force that influences life and is the source of reason, intelligence, compassion, and love. If we acknowledge and nurture this non-physical (dark energy) aspect of our beings, it will bring balance to our minds and move us from selfishness to love, care, and compassion.

Is this the path to freedom from selfishness, corruption, abuse of power, and greed; and consequently from poverty, starvation, conflict and war?