The Way of One 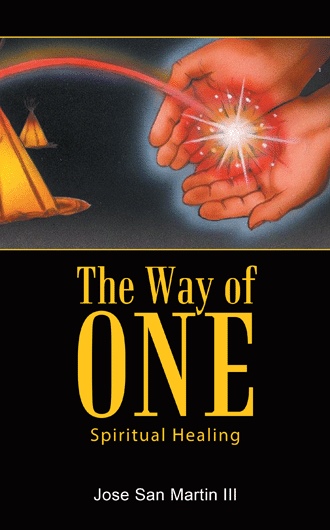 "Open your eyes. How do you feel?" I asked in a quite voice.

It is impossible to describe the look on her face when she realized that the pain was gone.

The pain that had kept her from working for three years was gone. The pain that she had been told was caused by acute carpal tunnel which could only be corrected with surgery on both wrists was gone. She flexed her fingers without pain "I have not been able to do for years," she said . The muscle stiffness gone, her forearm was soft and pain free.

Just a few minutes before, she had been meditating while holding a small stone in her hand. I had just guided her in a spiritual healing using meditation and energy. "What happened?" she asked with this incredible "I don’t believe this" look on her face. "Can I keep the stone?" was her second question.
After instructed her in how to continue to meditate, she left. A few weeks later, I found out she had applied for a job; she was hired a few days later.

The Way of One is my journey of spiritual awakening, It is a recollection of past memories filled with clues of future abilities and the search which led to being a spiritual healer.  I have written The Way of One because of a strong belief that there are many others with similar abilities.  It is difficult to move from the beliefs of the past. This is my attempt, as a spiritual healer and teacher blending Native American knowledge and meditation, to make their transition easier.

Jose San Martin III, a practicing optometrist, was born in Los Angeles, California, and raised in San Antonio, Texas. He received his Doctor of Optometry degree from the University of Houston.