Women and False Choice: The Truth about Sexism

How to Fight Sexism in the Workplace 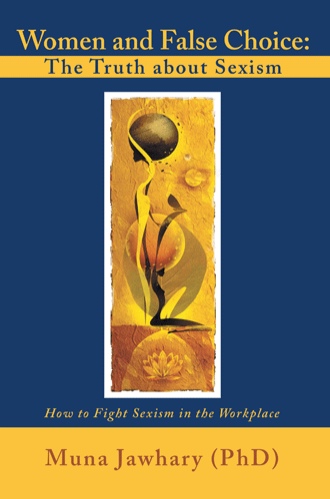 This book invites us to abandon our gender identity and look deeper into who we truly are. Cultural ideals that see women and men as fundamentally different manifest into a physical reality of sex-differentiated behaviour, be it in cognitive abilities, psychological traits, or even dispositions. We know from epigenetic studies that there is no separation between mind and environment: our perceptions of environmental signals, filtered through cultural beliefs, translate into a corresponding behaviour in order to maintain harmony between mind, body and environment. Social cultures the world over still see women as suited for care and service, and men as suited for work outside the home. As women make life-career choices, they are constrained by cultural ideas, images and symbols that create the ‘nurturance imperative’ in their psyche. Women mistake this learnt nurturing behaviour, of putting others’ interests before theirs, for natural instinct and make choices that are not in line with their authentic self. Women, in other words, unknowingly make false choices. This is only half the story of sexism in our societies. The other and more toxic half is that in order to fulfill the gender agenda of ‘women are care givers and men are providers’, girls are brought up to be feminine only and boys are brought up to be masculine only. Inevitably, any aspects of the self that are thought to belong to the opposite sex are repressed, which gives us a sense of lack and feelings of inadequacy, and results in a disconnection from the heart and alienation from the true self. The book also shows how our sexist thoughts manifest in a sex-biased reality in the workplace. Neuroplasticity and epigenetic laws are used to suggest ways of radically changing the work environment to one that is equally supportive of women’s and men’s success. The new work environment and work practices can profoundly change how businesses operate in the world, allowing them to become more adept at generating profit in today’s overly competitive globalized markets.

Having had a successful career as an economist, Muna channeled her energies into uncovering why women do not advance in life as much as men, especially when they have children. Her findings are documented in this book, which she hopes will offer new ideas for how to eradicate sexism from our contemporary societies. Muna blogs on sex equality on her website, www.sexequalityproject.com, and coaches individuals on how to live their lives authentically.