A Thinking Journey to Clear Fear and Anger 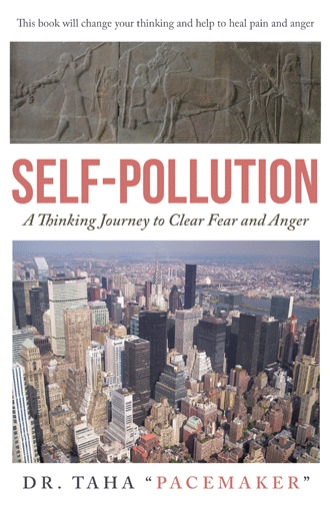 Human mind pacemaker is dominated by the ego. The ego has inspired the jungle man to craft stones into pyramids and skyscrapers, but kept him as a distrustful, power, money and sex being. Cultures manufacture different human models in each continent and program them with certain personal, social, racial, religious and mental barriers. These barriers drove them to build relationships and allies to protect their insecure ego from “ego enemy”. Group power has been more powerful than the legal system. It has changed the national and international law, but also abused the right of powerless individuals and nations. The ego will not change so as human history and politics. The West will never reach the East and the Right would not accept the Left except for power, money or sex. The latter is a strong addictive ego emotion drives humans to meet, cheat, travel, abuse and rape. The law cannot stop power or sexual abuse when it is based on profit and lack the truth. Fear however can. The ego is a greedy beast fears death. Unlike animals human emotions are chronic, reflective and accumulative. They correlate with acquired emotions, ethics, fantasy, personality trait, trust and fear. Fear generates hate and anger and many mental health illnesses, which may resolve by skipping the ego, history, racist media, politics and accept our mistakes in trusting the beast without timing Abuse the other ↑ No fear (being powerful) ↑ Ego Mind Beats ↓ Fear (being powerless) ↓ Be abused

Abuse others ↑ No Fears (powerful ego) ↑ Ego Mind Beats ↓ Fear (powerless ego) ↓ Be abused This book is a thinking journey through the human mind, which is dominated by the ego. The book explores a new concept of thinking, “thinking pacemaker”, subconscious mind, dreams, sanity elements, emotions, ego belief system, feeling, and sexuality. It highlights the sources of human stress, anxiety, hate, anger, and fears; which are the main trigger for conflicts, psychosomatic and mental health illnesses. The human mind can be programmed to be a fanatic solid mountain, or be inspired to build pyramids, skyscrapers, and civilization from solid mountains. This book gives an alternative view in managing human anger, fears, and negative emotions, and provides a new view on human sexuality, sexual orientation E-spot, and sexual abuse.