Career Guidance for Now and for the Future 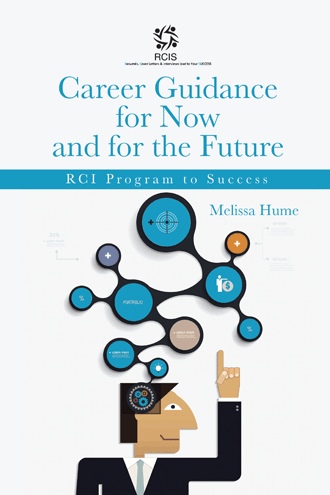 Organisations genuinely do want to satisfy the needs of their employees by incorporating more opportunities for ‘employee enrichment’, job rotation and job enlargement. However, these must be coupled with an increase in wage or salary if employees undertake greater responsibilities on a continual basis. Organisations also attempt to engage employees in cross-functional projects to breakdown ‘silo mentality’. ‘Silo Mentality’ is referred to as artificial physical and psychological barriers to people mobility within the organisation. Although satisfying employee needs can be a primary concern, recruitment and selection practices must benefit the company and be in alignment with their overall recruitment and selection goals and strategies. Recruitment and selection methods chosen by an organisation are dependent upon weighing the associated benefits and disadvantages of each method. A brief of these are included below. E-recruitment: • Lowers costs: costs devoted to traditional methods of recruitment such as newspapers, advertisements and journal articles etc. are avoided. • Increased exposure: The internet is able to reach a wider net of potential employees than traditional forms of advertisement for example; newspapers would be only seen by locals and so applicants would be limited to the business area. • Speed: online advertisements are immediate with no delays in printing. Also, responses are instant with online applications. Outsourcing of recruitment activities: If an organisation assesses their own limited ability to fulfil a job vacancy or find ‘quality’ candidates, they engage the services of recruitment agencies. By doing so, advertisements are a part of recruitment agency’s services and thereby hide the identity of the hiring organisation. This provides benefits to the hiring organisation, but it also raises a debate about whether it is or is not ethical to identify an organisation’s name on advertisements. The hidden identity of organisations can be viewed as unethical or disadvantageous in the following ways: • Potential employees may have strong beliefs and political affiliations which will be contradicted by applying to specific positions in certain organisations. For example, a political activist against the unregulated draining of water table resources would be against applying for a position at Coco-Cola; a company which has received a lot of media attention regarding their water consumption. • An organisation’s name can help attract potential employees if their organisation holds a good reputation and has been successfully ‘branded’ to be an employer of choice. If their name is not displayed, the organisation’s reputation is unknown and can be met with suspicion by applicants; questions such as ‘Why would they not show their name? Is this organisation trust-worthy?’ can be an issue. Even if the organisation is not well known or a recognised employer of choice, displaying the organisation’s name can help limit the number of applicants who would not be interested if they knew the nature of the industry and type or organisation the job is incorporated in. For these reasons, it can be seen as wrong and disadvantageous to not display the hiring organisation’s name in recruitment advertisements.

If you’re looking for a good job, you’ve probably found out that they’re hard to find and even harder to get. Melissa Hume shares real-life experiences to help you understand how companies recruit and select candidates. She provides the guidance you need to: • find the type of jobs you want; • capture attention with your resume and cover letter; • navigate the interview process; • prepare for common interview questions; • master the proper etiquette. You’ll also learn how to boost your self-esteem by demonstrating your skills and knowledge to yourself. An assortment of useful exercises helps you truly understand and apply what you’ve learned. There’s even a section for employers on how to evaluate and select the best candidates. Whether you’re just entering the work force, returning after an extended break or simply seeking a change in direction, you’ll get the insights you need to find and get the job you want with Career Guidance for Now and for the Future.

Melissa Hume studied psychology and business administration. Her knowledge of human resources and organisational psychology and her practical experience in sales makes her a great career adviser. She currently resides in Sydney, Australia.