Tales from the Oldest Profession

As Told by a Very Common Lawyer 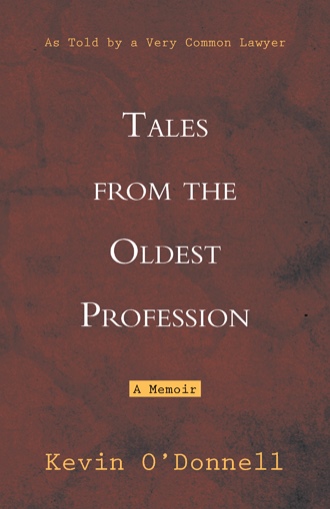 In his forty-three years as a practising lawyer, Kevin O’Donnell encountered a wide and sometimes weird mixture of characters lawyers, clients, police officers, and others. When it came time to tell the story of his career, he knew that he didn’t want to write a book only about the law; he wanted to write a book about the people with whom and for whom he worked.

Some of these stories may come off as improbable or even impossible, but they’re all true. He shares tales of the more notable people he had the privilege of dealing with and the unusual situations those associations created. He received the occasional threat of violence, but fortunately, none of them came to pass. He also survived the aggression of his peers, in and out of court. During his experience as a law student, articled clerk, employee lawyer, senior associate for substantial law fi rms, and partner in a fi rm in regional Victoria, he saw it all— and some of the best anecdotes from those years await within.

Many of the people he writes about are still his friends (and some never were), while some of them are now deceased. They’ve all provided him with amusement over the years, as well as wry smiles as he brought their shared adventures to life in his memoir.

Kevin O’Donnell practised in various areas of the law in a number of parts of Australia over the course of fortythree years. He was an articled clerk, an employee lawyer, worked for twelve years with a leading Melbourne law firm, and served as partner. He is currently retired.